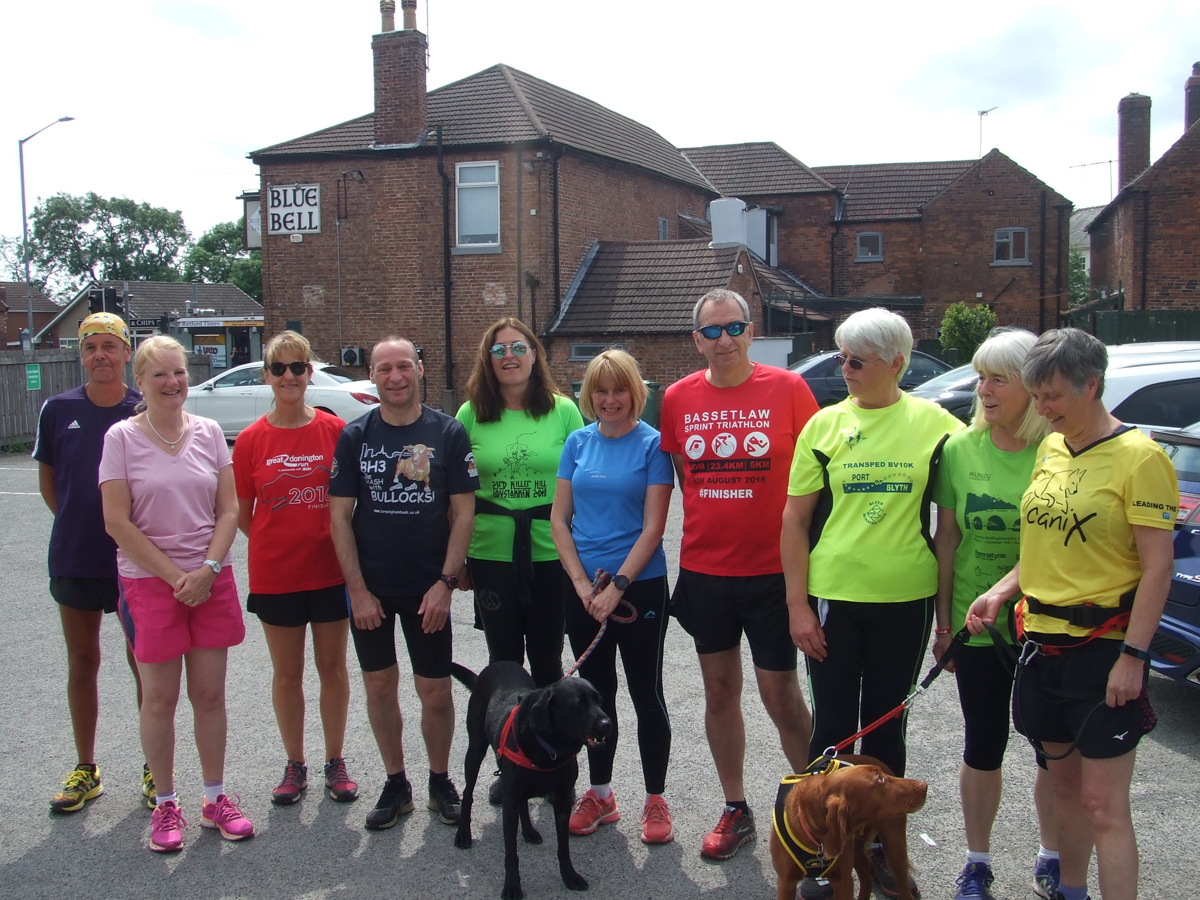 The Scrooby, Chesterfield, Ranskill and Mattersey Hash House Harriers started at the back end of last year and generally run monthly on a Sunday lunchtime. The planned routes are four to five kilometres of mixed, mainly off road and is set for joggers, runners and walkers alike — dogs are welcome too. The whole idea is that everyone gets some good exercise and the aim is for everyone to get back to the pub at the same time — for a drink or three and maybe some food, if one requires. The route is set from junction to junction and the idea is that everyone waits at each check for the last person to catch up. The front runners are then away trying to find the next leg of the route (false trails and dead ends are marked up too), and when identified, and after a quick natter, the remainder join on the correct route. It is not competitive.

Hashing, for the uninitiated, is an international phenomenon started by the Brits after WWII. A hash run is a sociable three to five mile, non-competitive, run/walk/jog, which generally starts and finishes at a pub (but not always).
A hash run is set by a volunteer (or two) who choose a pub then mark a circular running route using blobs of flour. The ‘pack’ rendezvous at the assigned time/location then set off with the aim of finding the route out and back to the pub. A good hash route will have a long route with false routes for fast runners, a shorter route for the slower ones and possibly even walkers’ shortcuts. Various check points along the route keep everyone together and the general idea is to all arrive back at the pub at the same time. Then have a drink or two and possibly a meal depending on one’s choice.
If a member wants to set a run say mid-week, then anything is possible. There is no membership or fees although in general £1.00 or £2.00 are asked for as ‘hash cash’ from everyone to cover the cost of drinks dished out as rewards or misdemeanours on the run. The general rule is that there are no rules. No-one has to wear anything fancy, just normal running gear although in the winter, it may be raining or the trail may be muddy, so a change of clothes and footwear for in the pub is recommended.