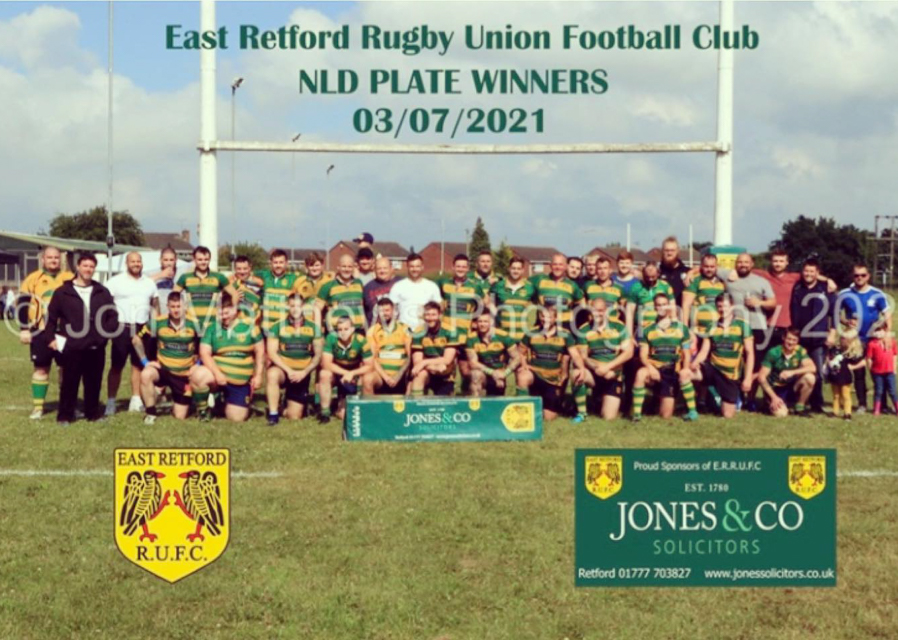 Back-to-back victories for the Green Army was enough to seal the final and East Retford Rugby Union Football Club became the NLD Plate winners.
With a dominate first half performance, Retford were in full control of the final against Sleaford Rugby Club and it ended 31-12 at full time (aggregate 55-34). What a fantastic achievement for the club.
Nottinghamshire, Lincolnshire and Derbyshire (NLD) RFU was founded as a Constituent Body of the Rugby Football Union in 1926 and are responsible the management and development of Rugby Football Union throughout the three counties.
Attention now turns to pre season for the amateur rugby union club, and club training is on Tuesdays and Thursdays at 6.45pm at their ground on Ordsall Road. All are welcome – ask for Chris Coates or call him on 07846 718427.