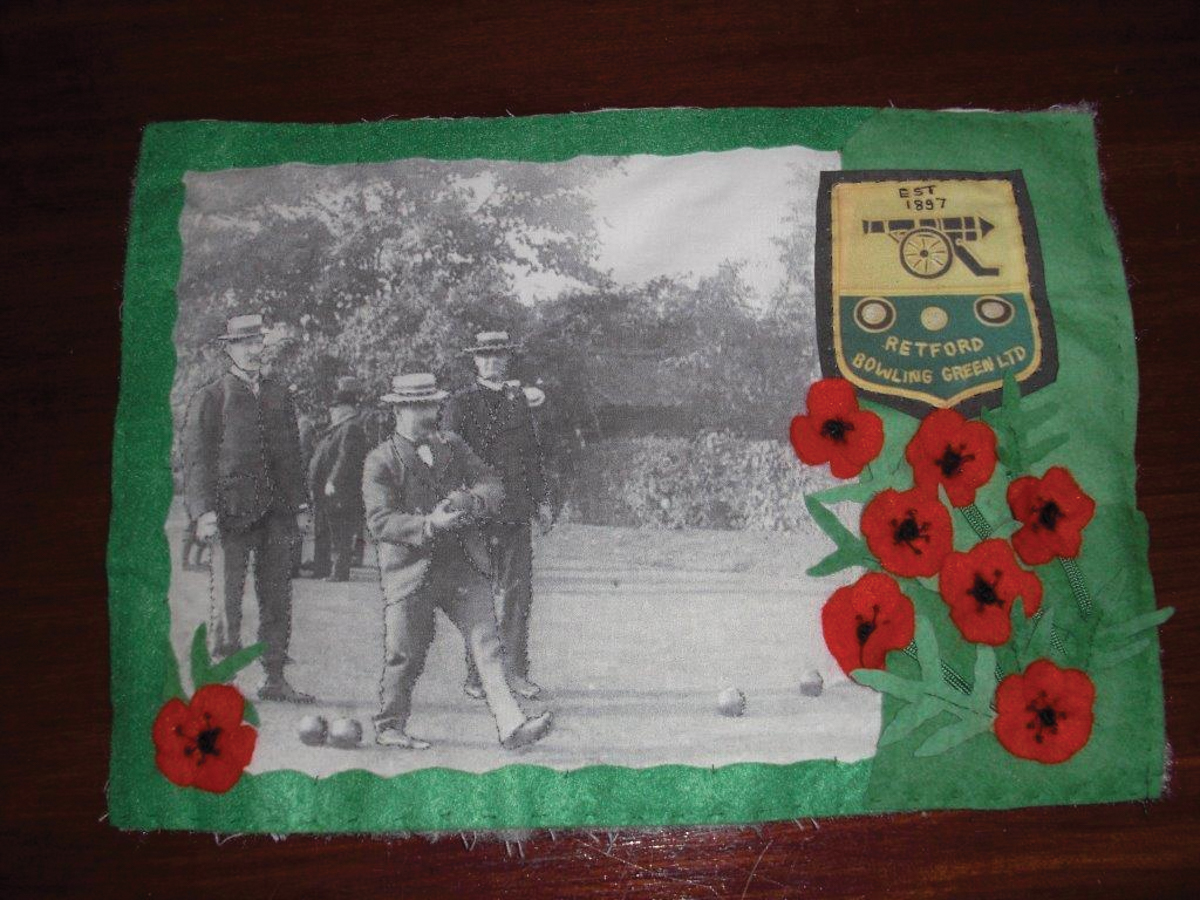 Retford Bowling Green’s vice president, Shirley Pickersgill, has had a busy few weeks. As part of the centenary anniversary of the end of the First World War, Bassetlaw Museum is currently holding an exhibition based around images of that period. The club is exhibiting a photograph of the bowls club from around that time transferred to fabric and painstakingly embellished by Shirley. Any resemblance to current bowling members is purely coincidental; or so I’m told.

She also organised and baked cakes for a Macmillan coffee morning at the bowls club and raised a staggering £705 for the charity, thanks to an excellent turnout and some generous donations from club members. Her coffee mornings are legendary and members have many of them to look forward to, as the playing season for bowls has come to an end and they enjoy these mornings, along with regular canasta, snooker and games afternoons, short-mat bowls and regular social evenings.

The end of the bowling season was climaxed with an excellent President’s Day and equally successful Captains’ Day and the club thanks Danny Devine (president), along with Geoff and Glennis Evans (captain and ladies’ captain) as they pass on the reins to their successors. Shirley will take over from Danny, while new captains will be elected at the AGM. Visit the club’s website on www.retfordbowlinggreen.co.uk.