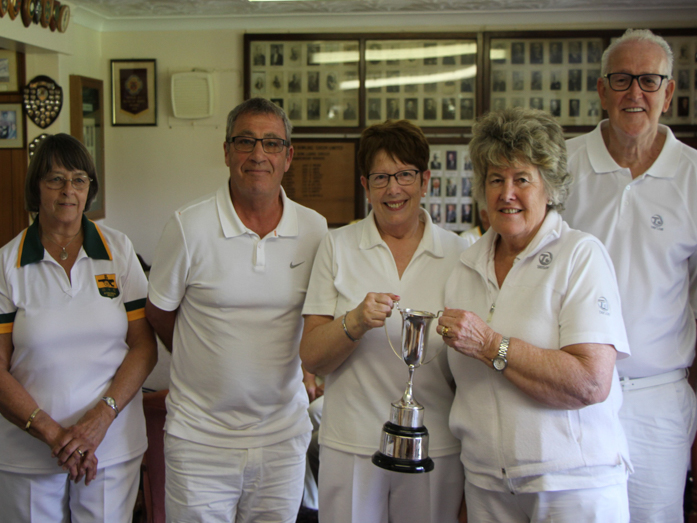 The first major internal competition of the year at Retford Bowling Green, the Secretary’s Fours, was a very tight affair. Three teams tied on the same points and shot difference could not separate the top two. The winners, Roy and Sue Mills and Elizabeth and David Brammer, won on overall points scored. An excellent day of competition was enjoyed by all.

The worthy winners of the mixed triples, the second of the club’s internal competitions, were Keith Towiss, Gilna Williamson, and Bob Bradshaw.

Results of all teams have been shown Retford Bowling Green to be very competitive in external fixtures, notably the Mansfield league, especially the 4×2 Team whose win over Worksop makes it five out of five and a place at the top of the table to date, having won promotion to the top division only last year.

It was very much appreciated that the club was remembered with a generous donation from Barbara Routledge after her passing away earlier this year. Barbara was a valued member of the club for 20 years and she will be remembered in turn by many at the club with great affection.

To find out more about the club visit www.retfordbowlinggreen.co.uk.