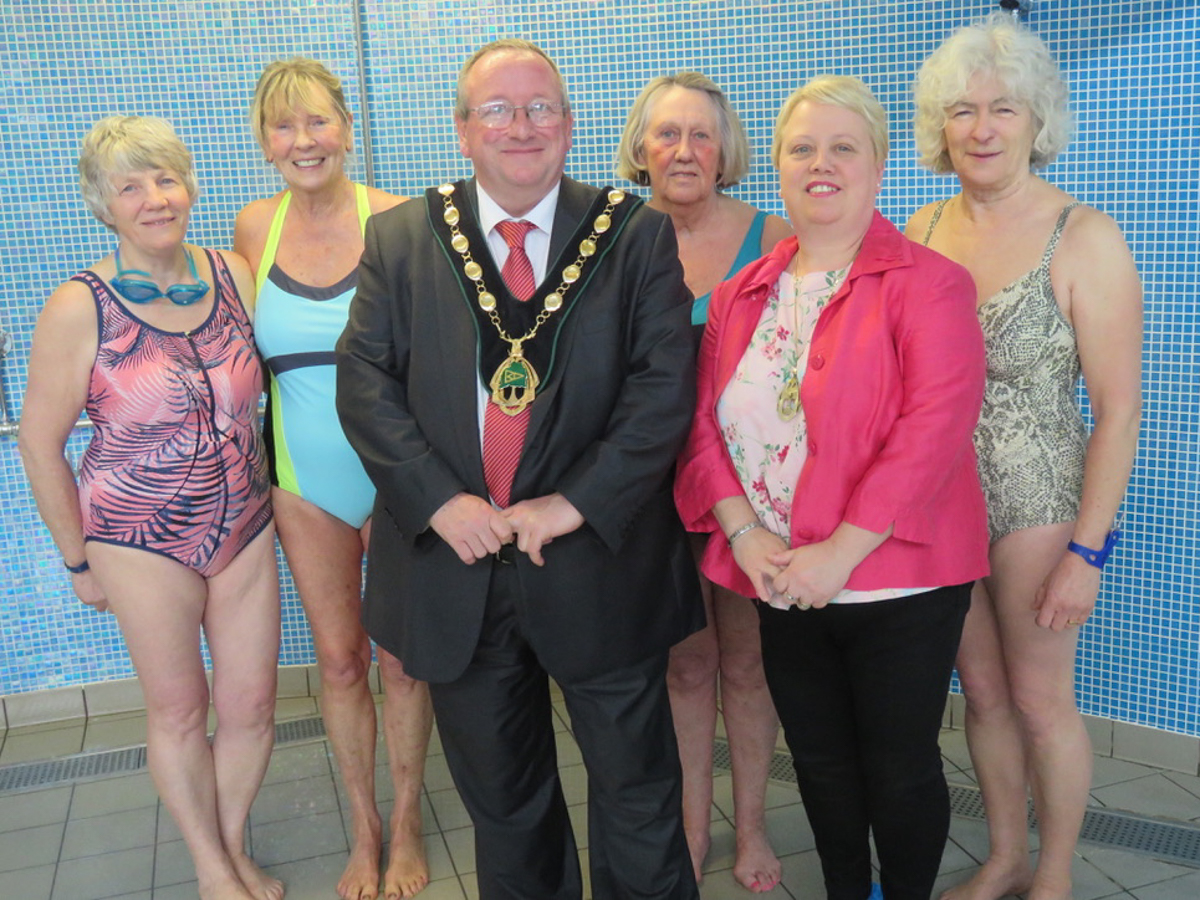 The final amount raised for Alzheimer’s Research from the Inner Wheel Club of Retford’s Sunday Lunch was £1,294. Thank you to everyone who supported the event.  Look at the club’s website for news of their Frog Race on 17th May. You can get in touch there if you are interested in attending.

A number of our members took part in the Inner Wheel District Quiz, but, alas, the victory cup alluded them this year. Never mind… there is always next year!

They were very pleased that, again, four of their ladies took part in the Rotary Swimathon event this year. Their efforts on the day raised over £400 for the Meningitis Now Charity. This very worthwhile charity works to research the cause and effects of this illness with a view to eradicating it. Detecting signs and symptoms and early diagnosis is a must to help treatments. The swimmers were presented with their medals and certificates at the club’s meeting.

On that evening the club also welcomed a number of visitors who had come to listen to their speaker. The topic was Kindertransport and it was presented by Tim Mulroy. He gave a most interesting account of the work of Nicholas Winton, who was in banking in London and who had become concerned with the plight of Jewish refugees fleeing from the spread of Nazi Germany into Czechoslovakia, and especially of the children. In January 1939, at the age of 29, he visited Prague and the refugee camps. On his return home, he created a children’s section of the British Committee for Refugees and organised fundraising, foster parents, train travel and entry documents for children to be brought to safety in Britain. Over 600 children were saved in this way before war was declared in September when everything had to stop. One of these children, was Tim’s father, whose parents had perished in a concentration camp and he was adopted by his foster parents and became a doctor. He wanted to give something back to the country who saved him. Nicholas Winton, died in 2015 aged 106, an unknown hero to most of us.

Soon it will be time for the annual National Inner Wheel Conference and some members will attend in Wales. There they will hear all about the work and achievements of Inner Wheel at home and abroad over the last year.