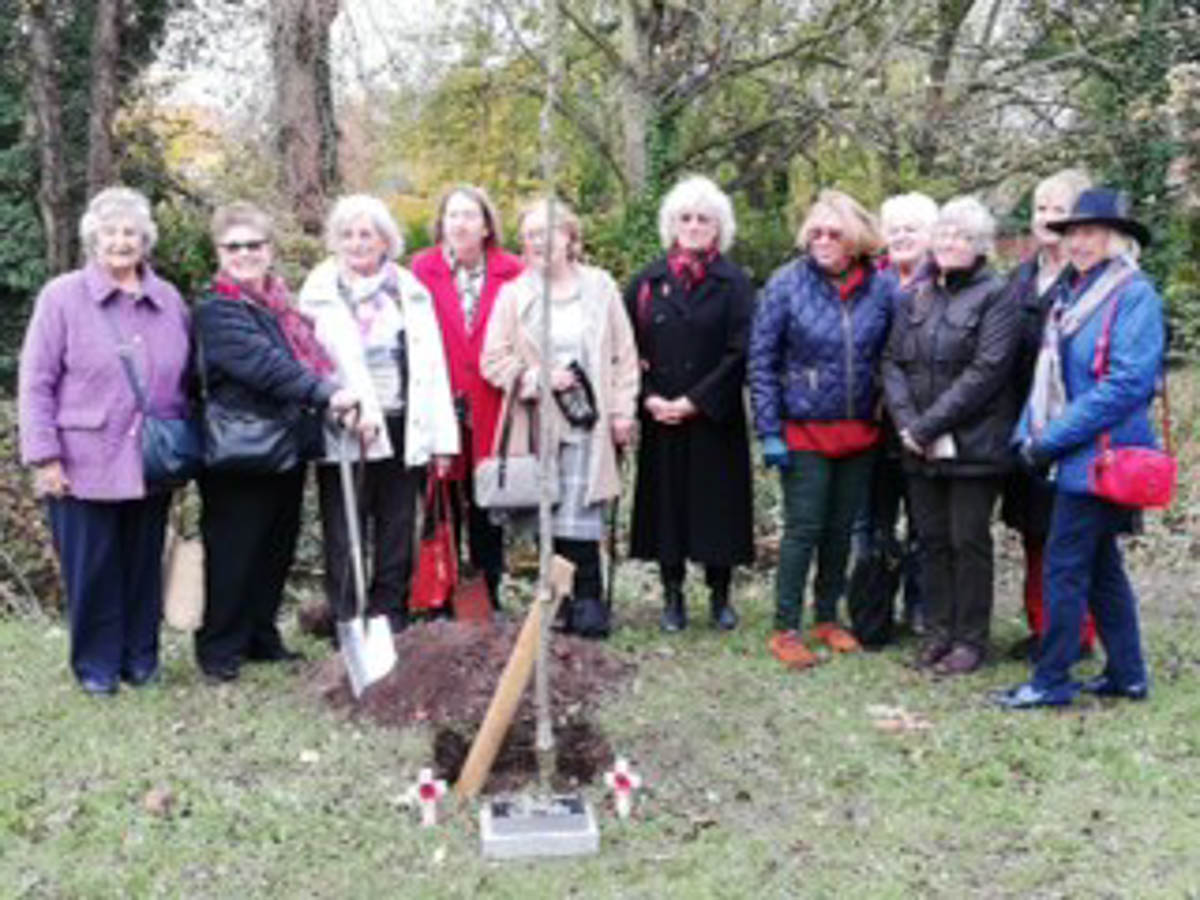 The Inner Wheel Club of Retford members are very grateful to John Foster, of the Parks Department for his help and support for their tree planting. A number of members and their partners gathered in King’s Park, near the river, for this event on 7th November at 11.00am. Words were spoken, people were remembered, silence was observed and the simple message was one of gratitude. They are also grateful to Retford Memorials, who made the remembrance plaque. A coffee morning raised enough to cover costs and the raffle gave about £100 for survivors in Indonesia after the tsunami.

Club members have also attended two more special events. Annually, they celebrate the Inner Wheel Charter, the founding day of the club. This was the 73rd anniversary and President Natalie welcomed members from other clubs in our district, bringing the numbers attending to about sixty. They enjoyed a lovely lunch at the Ye Olde Bell Hotel. The speaker was from Alzheimer’s Research, one of the club’s chosen charities this year. He was very informative about facts and figures related to this terrible condition, which touches the lives of so many as sufferers and as carers. It is a physical disease which can be fought but research is vital to combat growing numbers of cases which, in 2018, stand at fifty million worldwide.

An International Lunch was also held this month and hosted in Retford by the District International Officer, Marian. Once more, many members from other clubs joined Retford members for the event. Marian’s chosen charity is Water for Kids and a presentation was given. In the twenty years of its existence, this charity has transformed the lives of nearly 400,000 people. Water for Kids has improved health and education, reduced poverty and above all, has saved lives. The Charity involves the community it is helping, giving it a sense of purpose and pride. Of each £1.00 donated, 86p goes to directly to provide water. The raffle on the day raised over £300 as a start to support this great charity.
Finally, a lovely outing to CAST theatre in Doncaster for the ballet Rumplestiltskin, with a pre-theatre meal at the Opera Italian restaurant, was enjoyed by a group from the Retford club. The ballet was an enchanting original piece and much enjoyed.

There will be a number of activities coming up soon, but for now, Inner Wheel wishes everyone peace and happiness at Christmas. The club’s website is now live and can be found at www.innerwheelofretford.co.uk.