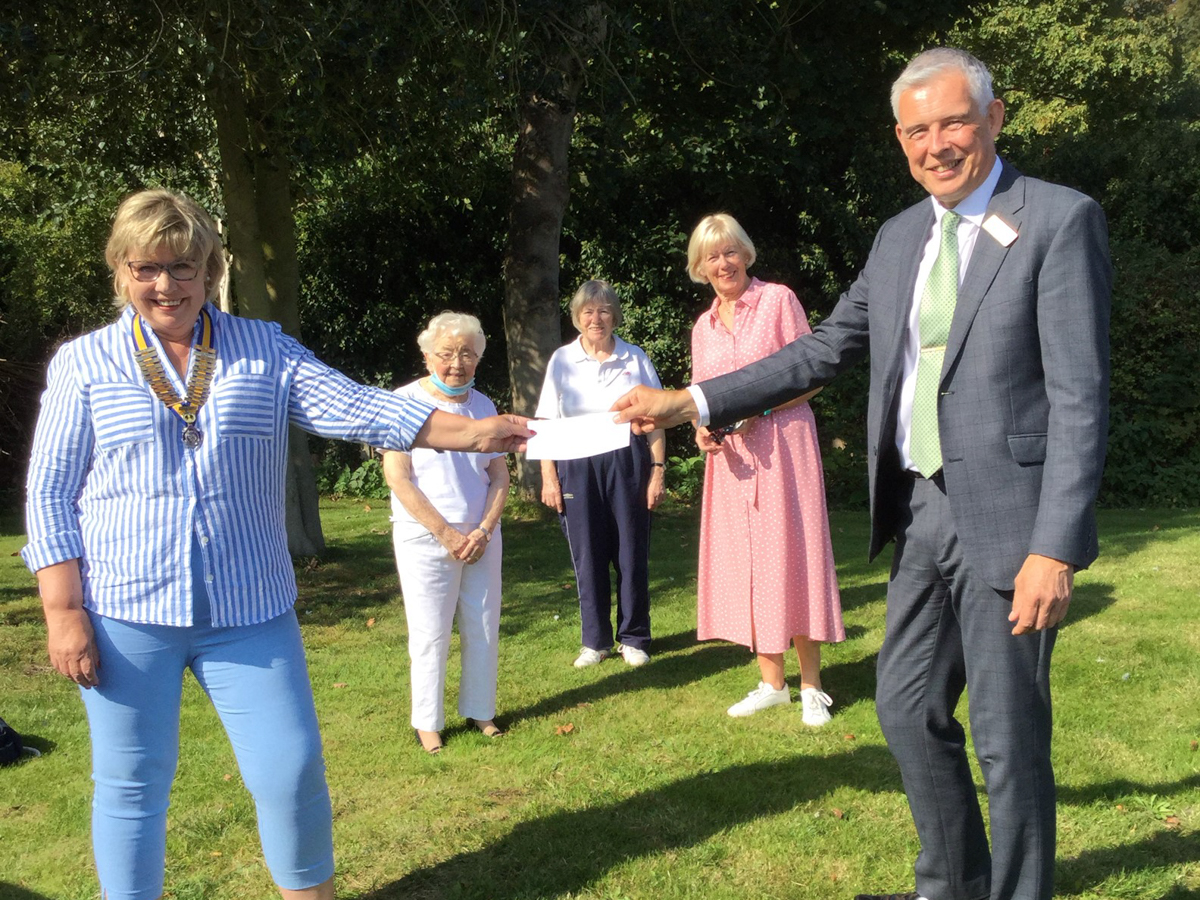 Due to the rising numbers of COVID-19 cases, the Inner Wheel Club of Retford’s hope to meet in September did not happen as planned and instead the club had its first local Zoom meeting. They combined their AGM, monthly meeting and the induction of Dorothy as their new president. Dorothy gave a short talk about herself and her plans. Needless to say, these will be restricted by the current climate of spreading infection, but she hopes that in the spring the club will be able to celebrate belatedly, their 75th Charter which had been planned as a special event for the end of October, to mark Inner Wheel’s early beginnings with a handful of Rotary wives post-war in 1945.
Not content to sit back and do nothing, the members continue to collect items and to produce bags of goods for Africa, hand sewn and hand knitted. They have an ongoing raffle at the moment as their September effort for charity and they will have other plans for charity fundraising in the next couple of months.
The ladies of the club also made the decision to donate their meeting ‘meal’ money to a Covid fund. The amount donated by the members alone reached £1,280. At their meeting, it was decided to share this between two local charities, Bassetlaw Hospice in Retford and Cancer Research. They recently lost one of their members to cancer and this dreadful disease has touched the lives of some of their members and caused loss within their families. President Dorothy, along with five members, was able to present a cheque to Ian Hall of Cedar House, in the grounds of Retford Hospital, near the special apple tree planted in March to commemorate the Pilgrim Fathers of 1620.
The club still keep their communications going, through emails, phone calls and a weekly news and fun sheet. If you want to find out more, contact retfordinnerwheel@gmail.com.