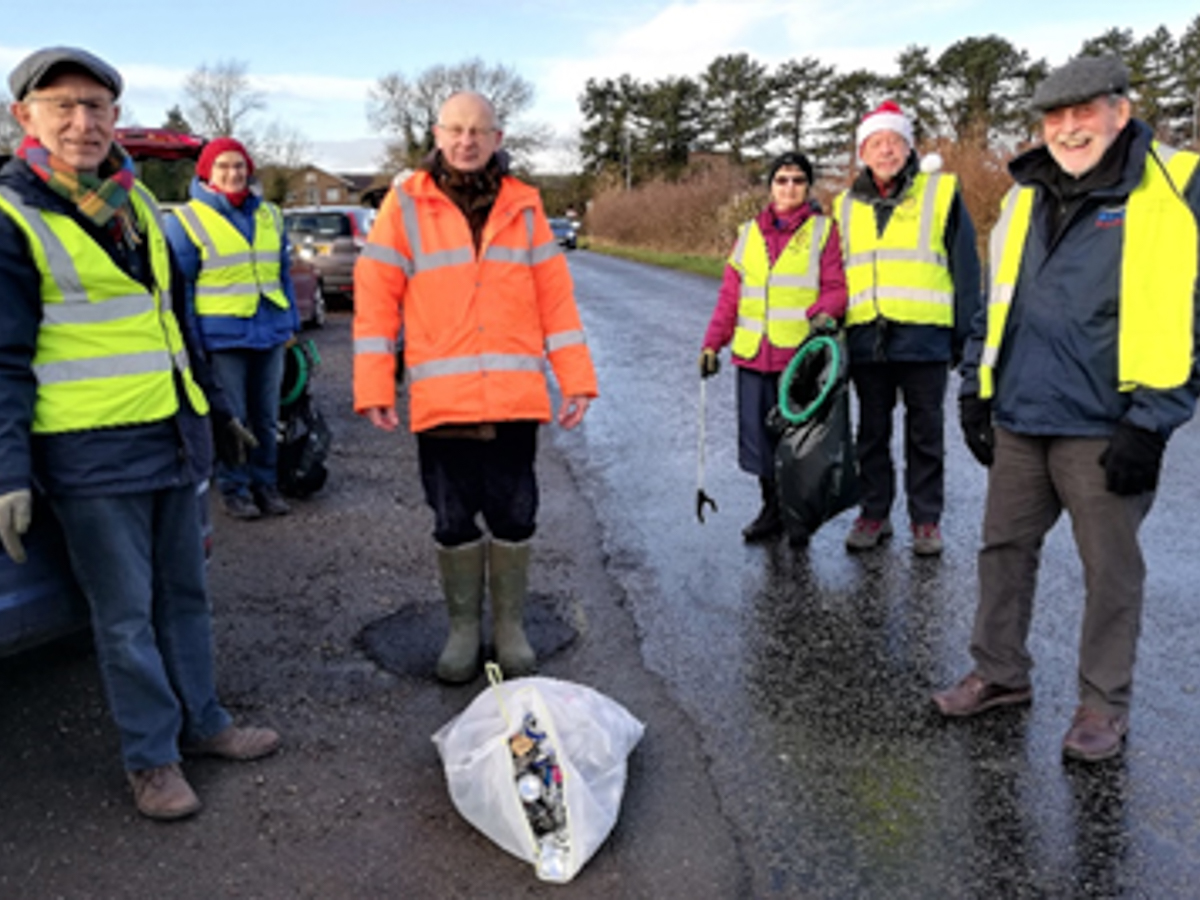 December is normally a very busy time for the Rotary Club of Retford. Because of the pandemic, not this time. However, Past President Paul Withers was not going to let this Christmas pass by without some form of meaningful contribution to the community. Finding a project that still encompassed social distancing was the objective. Earlier in the pandemic a litter pick had taken place successfully in Ordsall. So, and with a risk assessment already on file, Paul decided to repeat the exercise, this time in the Eaton area. Sunday 20th was the chosen date. Volunteers, including Club President Adrian and President Elect Andrew, filled 20 plastic bags in no time. These were assembled next to the telephone box in Eaton ready for the pre-arranged collection by Bassetlaw District Council.
COVID-19 meant that it was not a straight forward task this year collecting in all the sponsorship money from the Swimathon in March. With the task now complete, the organisers Rotarians Richard and Ros Cable can now publish the results. Sponsorship in total amounted to £14,010.60. £5,350 of this was for the Rotary Club’s Charity Account (the rest going to the participants’ individual charities). Thus, the Club was able to donate £2,500 to Medical Protection Dogs, £2,500 to Talkzone (counselling service for young people) and £350 to the Motor Neurone Disease Association (President Adrian’s chosen charity). A big thank you to all who contributed.
Santa (aka President Adrian), assisted by his elf (Club Secretary Marjorie), visited all the club members with a token gift. This, for many, was their first contact with another member for months and a very welcome gesture.
Club business continued as normal during the month via Zoom. On Monday 14th the speaker was Karen Whitlam from Citizens Advice Bassetlaw. She highlighted the work that they are doing to ease problems within the community during the pandemic.
On 21st there was a virtual Christmas party. Nothing like as sumptuous as the one normally provided for the members by Ye Olde Bell Hotel, but various members and partners entertained with verse, jokes and songs.