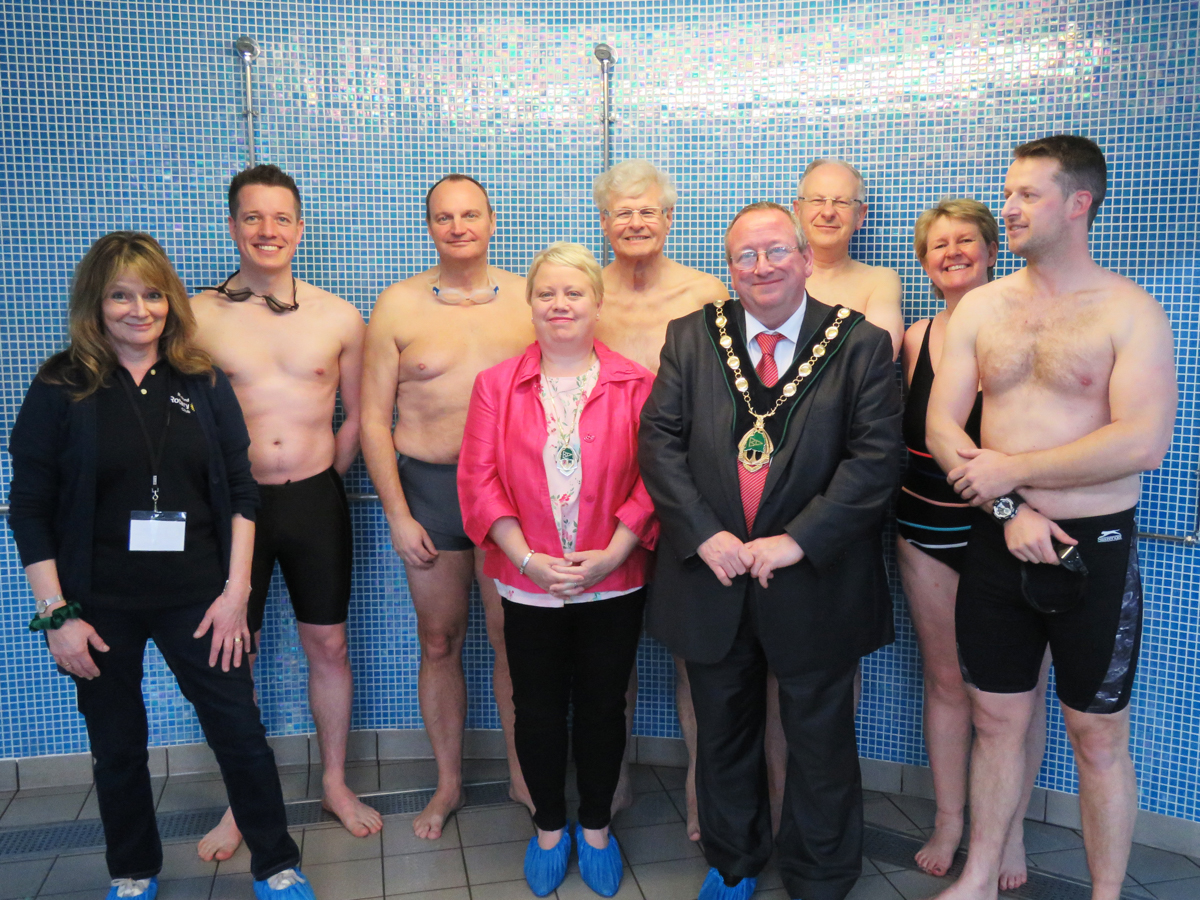 March is the month for one of the Rotary Club of Retford’s main charity events; the Swimathon which began in 1987 to raise money for Polio eradication. This year’s event was held on 9th March. It is very much a community event with some 300 swimmers taking part and numerous charities benefiting. The key charities chosen by the club this year being Riding for the Disabled and the Chatsfield Cancer Suite at the DRI. Over £15,000 has been pledged. 60% of this goes to the charities chosen by the participating teams and 40% to the Rotary club’s chosen charities.

Susie Collins from NSPCC addressed the members at the meeting on Monday 11th. The following day the 10-pin bowling team were again in action beating the Rotary Club of Alfreton to progress to the semi-finals of the Rotary District Competition.

The golfers played at Rufford on 14th March starting off their series of games for the season.
The second speakers for the month, on 25th March, were Rotarian Andrew Campbell from the Rotary Club of Hope Valley and his wife Gillian. Andrew has lost 75% of his hearing. Realising that there is a huge problem in this country with hearing loss, he has set up a charity Rotary Hearing Ambassadors which encourages sufferers to seek help sooner rather than later. The charity also advocates the extensive use of microphones at meetings.

The terrible disaster in southern Africa, especially in Mozambique, prompted action by the club. A Shelterbox was sent immediately to the disaster and, with the help of Bassetlaw District Council, a street collection was taken on Saturday 30th March. This raised a further £463.75.