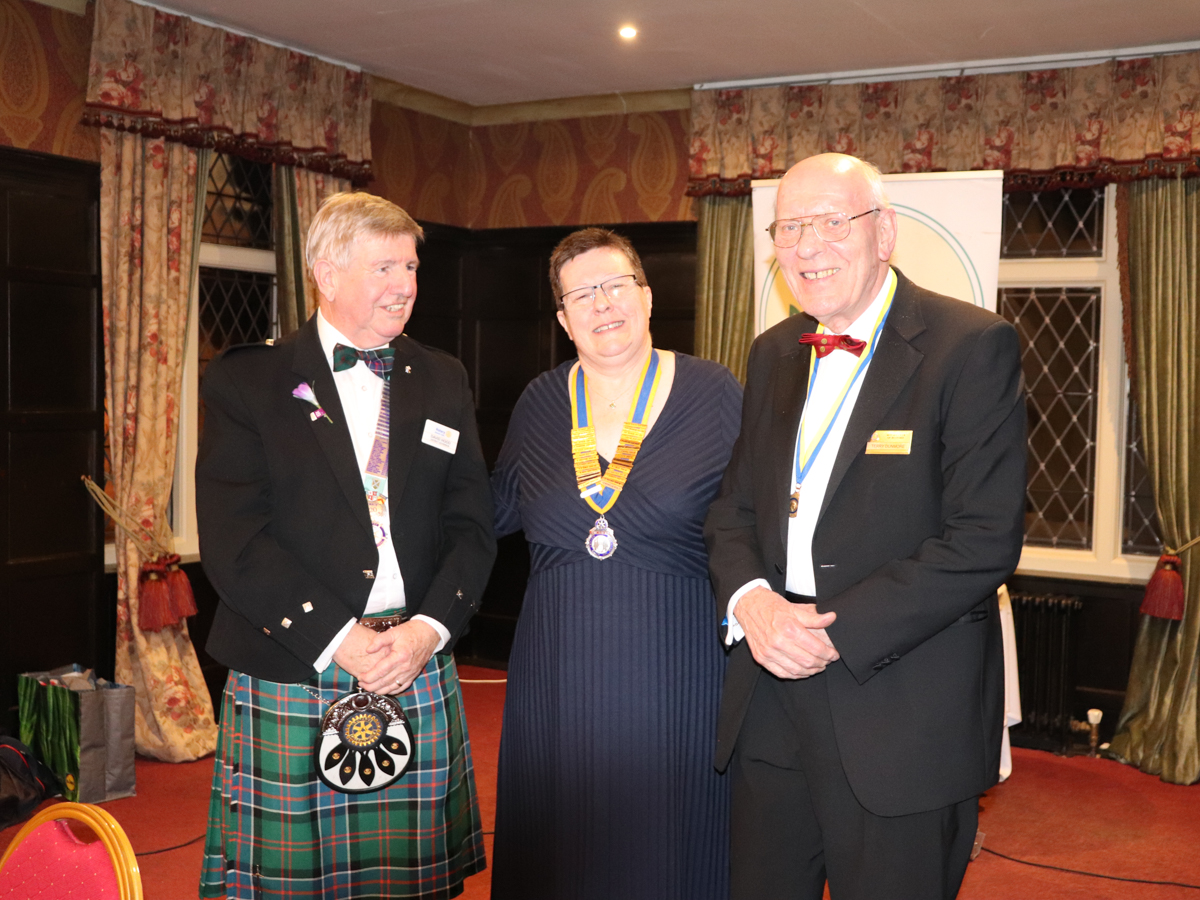 February is the big month for the Rotary Club of Retford. On Friday 7th it celebrated its 83rd birthday, the club being founded in 1937. This takes the form of the Charter Anniversary Dinner. Members of the Rotary Club and their guests gathered at Ye Olde Bell Hotel, Barnby Moor for the event. Many Rotary Clubs from District 1220, covering the East Midlands and South Yorkshire, were represented including Retford’s ‘mother’ club, Doncaster, and ‘daughter’ club, Gainsborough.

There is a special award that Rotary can bestow on people who have had a significant positive effect on the lives of others. This is a Paul Harris Fellowship. When someone, who is already a Paul Harris Fellow, goes the ‘extra mile’ then a badge of recognition with a Sapphire Pin is awarded. After the meal, president Judith introduced such an individual, past president Terry Dunmore, to those present. He was presented with a Sapphire Pin by district governor David Hood for his continued work with the Bread Fund. This fund helps feed pre-school children in KwaZulu Natal, South Africa with fortified porridge. It used to be bread but, following expert advice, is now fortified porridge instead. The charity’s name, Bread Fund, has stuck.

Dr Andy Cope was the guest speaker. ‘The Art of Brilliance and Happiness’ was his topic, teaching people to be naturally positive and happy, counting their blessings instead of dwelling on their problems. The Bowkers, a local harmony family group from Doncaster, then entertained everyone with superb renditions of familiar songs through the decades, beginning with classic Dean Martin numbers from the 1950s. A perfect end to a very enjoyable event.
The guest speaker at the Monday meeting on 24th was John Elford Box, a victim of poliomyelitis (polio). He also happens to be a member of the Rotary Club of Rotherham and is an ambassador in Rotary’s aim to rid the world of the disease.