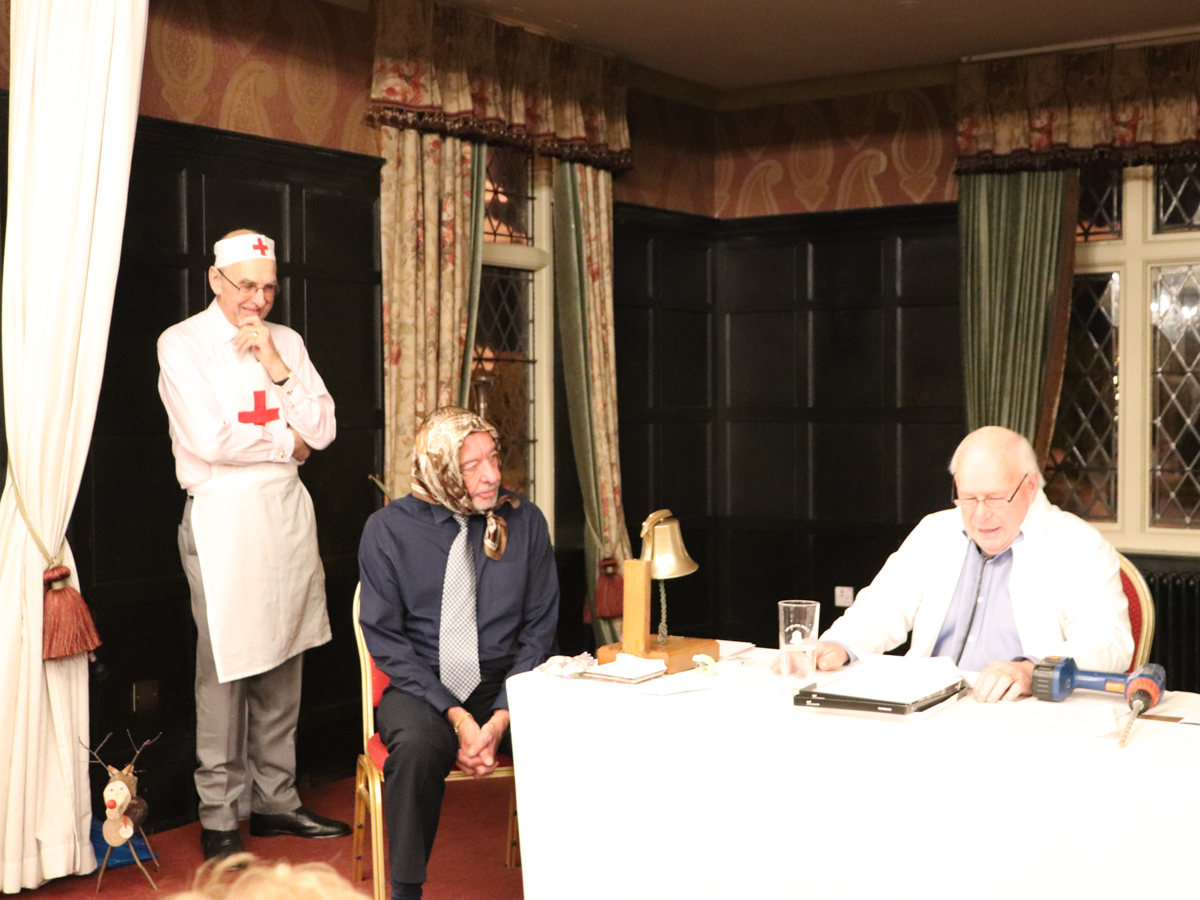 The first meeting of the Retford Rotary Club in December was, as usual, one of committees with the various programmes being discussed. A large contingent assembled at the Majestic Theatre on 6th for the Christmas Show by the group That’ll Be The Day. What a splendid show it was.

The annual street collection for the Rotary Club’s Charity Fund takes place every December. However, the event this year was something special. On Saturday 8th December, with the kind support of Haughton Park Farm, Bothamsall and the Woodcock Family, two reindeer made an appearance in Carolgate. No Rudolph, he was too busy with Santa, but Rotarian Linda Crossland made up for this by painting red noses on lots of children! Retfordians were as generous as ever with their support, donating an amazing £667.84.

Monday 19th December was a very busy one with both council and business meetings in one night. The last club meeting before the break is traditionally the club’s Christmas party. After a splendid meal with wine provided by Ye Olde Bell Hotel, Past President Phil Lewis compared a silly panto with several other past presidents as cast.

On Saturday 22nd December, Rotarian Hilary Zaccaria opened her house for a ‘black tie’ social — a very pleasant get together with some fundraising included. The month and year ended with a splendid formal buffet and disco at Ye Olde Bell. 2019 was piped in by Rotarian Brian Marchant before everyone was treated to a bacon roll before departing home.