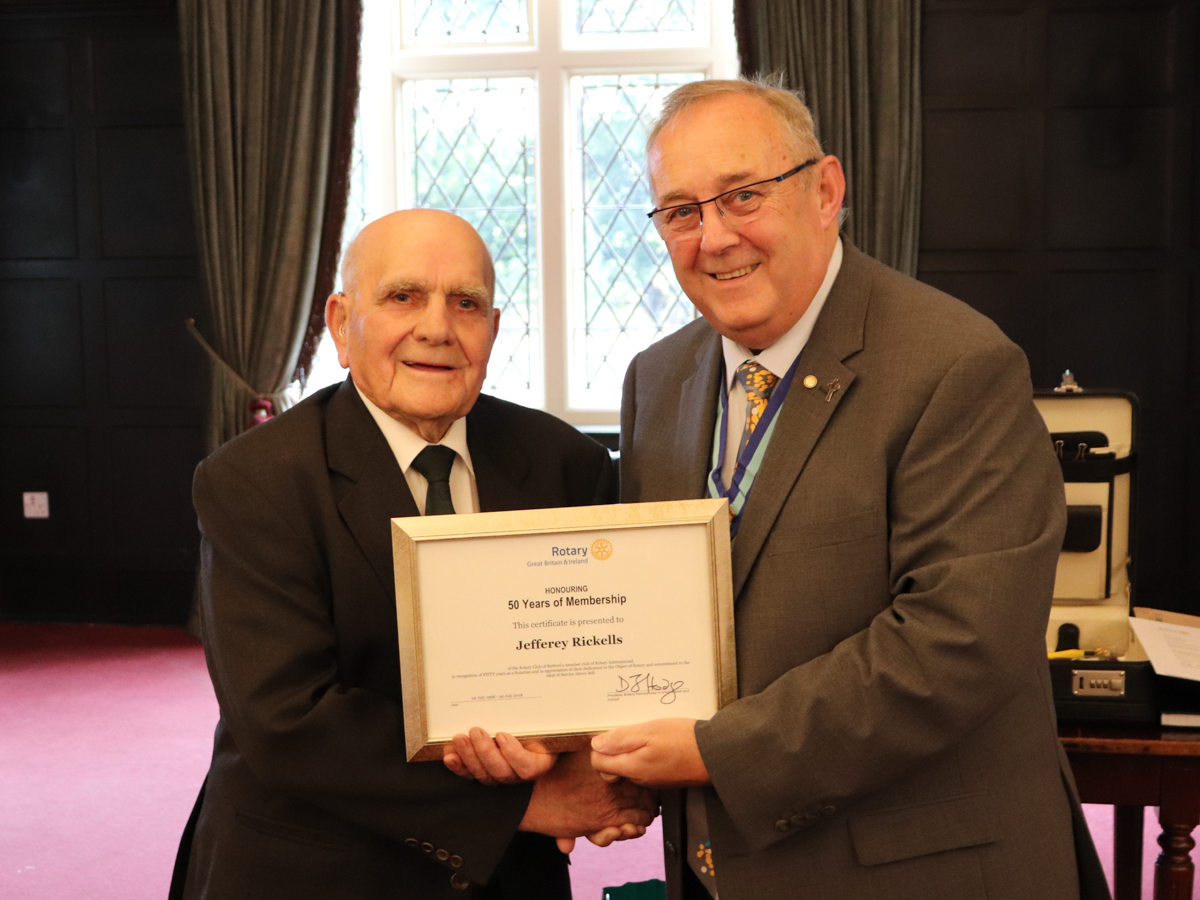 August is often a time to relax, and this summer the British weather played its part. Past president David Towers, as the Club’s Sports Officer, has been kept busy. He arranged the annual bowls competitions. Val Brodie was victorious in the two-woods and Tony Wakefield in the four-woods. Gordon Muir and his wife Alice played host to a fun afternoon of games at their home in South Leverton. Games included target golf, darts, boules, hoopla and croquet, the ladies providing a superb afternoon tea. This was not a fundraising event, but the organisers provide a small surplus for the charity account. David also organised a team for the district ten-pin bowling competition. Meanwhile, the golfers ventured east to Waltham Mill for a splendid day’s golf.

With one Monday taken out by the Bank Holiday, there were only three Monday meetings in the month. 6th August was committees as usual. On 13th there were three speakers from organisations supported by the club. Sally Smith spoke on behalf of Women’s Refuge. The club has paid for an outdoor play area at the local refuge in Worksop. Sally Grainger was from the Independent Monitoring Board for the Prison Service and Marion Slingsby represented the Bluebell Wood Children’s Hospice. This charity has been well supported by the club in the past and will benefit from this autumn’s Rotary Club of Retford’s Bollywood Ball.

The Business Meeting on 20th August was preceded by immediate past district governor Michael Longdon presenting Jeff Rickells with a citation signed by Debbie Hodge, the President of Rotary in Britain and Ireland, for his 50 years in Rotary.