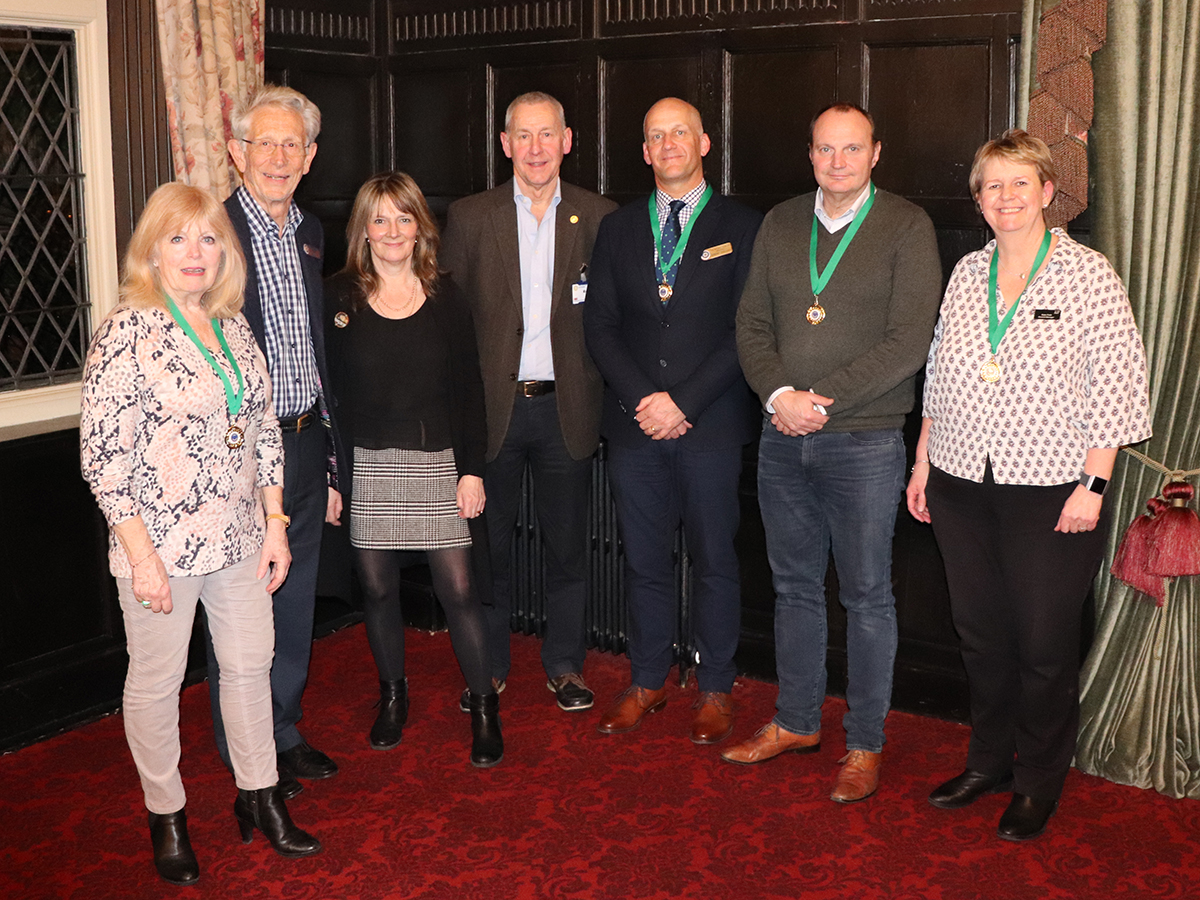 March 2020 will certainly be etched in everyone’s memory for the rest of their lives. The month in which, for most people, the day to day routine was interrupted. The Rotary Club of Retford went into hibernation on 16th after a very busy first two weeks including, on that day, two unique events in the 83 year history of the Club. More on this later.

Raising and distributing funds for the benefit of the community is what Rotary is recognised for. There are numerous charity events throughout the year, but some stand out as very important in this field. One of these, the Annual Swimathon, took place on Saturday 8th at the usual venue of Retford Sports Centre. The event is well supported by the local community and involves participants of all ages from junior school children to senior citizens, some 300 swimmers this year. It takes quite a while for the sponsorship monies to come in but, to date, over £14,500 has been pledged. 60% of this goes to the swimming team’s own chosen charities and the other 40% this year will be divided between Bassetlaw Talkzone, a counselling service for young people, and Medical Detection Dogs. Rotarians Richard and Ros Cable were, once again, the leads for the event which was opened by Chairman of Bassetlaw District Council, Councillor Deborah Merryweather.

So to the unique events: First, after leading the club at the swimathon, President Judith Longden, becoming overwhelmed with family issues (the rapidly deteriorating health of two elderly relatives) combined with the pressure of her role in the civil service that she thought it best to resign from her role as club president.  At the meeting on 16th, President Elect Adrian Sumner stepped into the role three and a half months early. As a consequence of Covid-19 President Adrian then suspended meetings to comply with the recommendations of Her Majesty’s Government. So, the club is now no longer meeting, something it has never done before, even during the darkest hours of WWII.