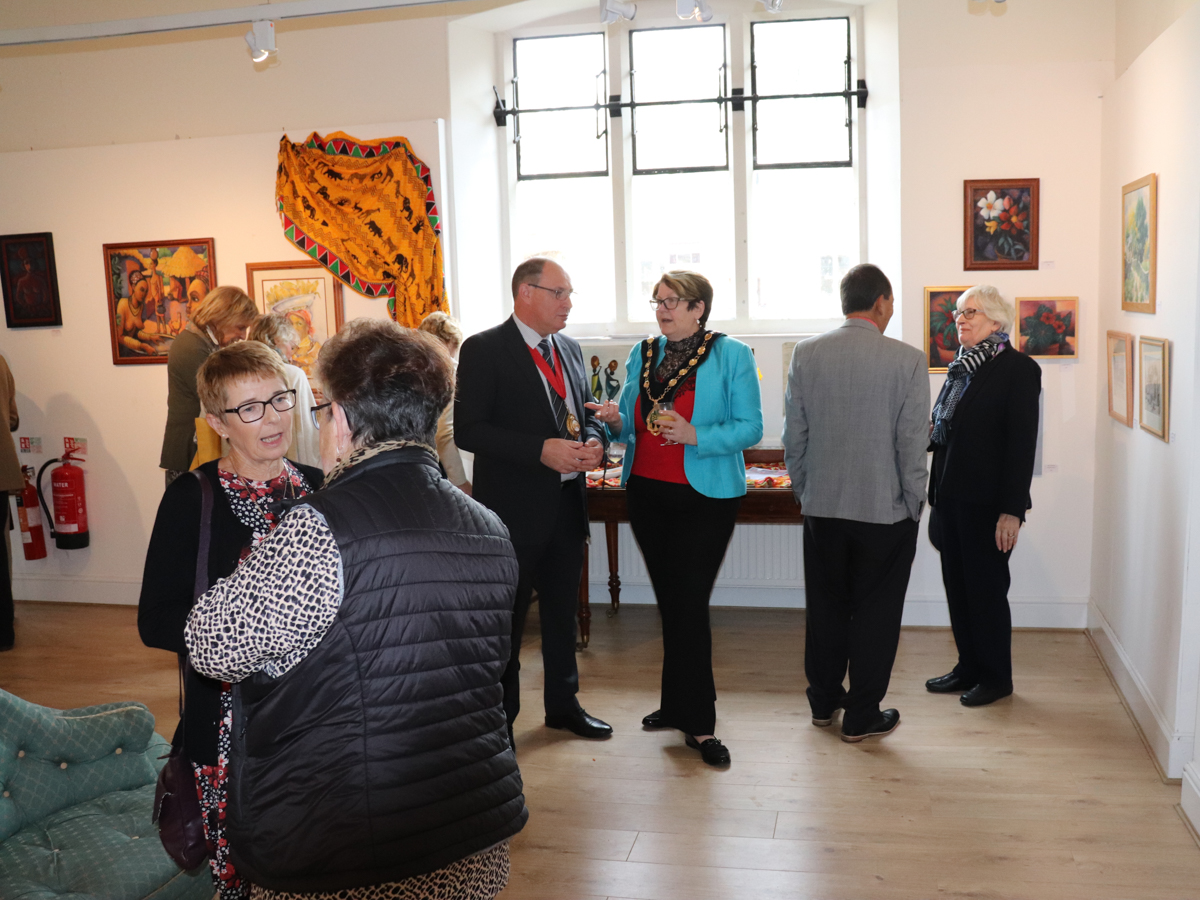 A party of Rotary Club of Retford members and their partners, led by president Judith, began October by attending the Annual District 1220 Conference, this year being in Scarborough. There were many inspirational speakers and lots of fun and fellowship.

Rotarian Michele Honey-Floyd wanted to find a way of commemorating her late father Peter Quinton Honey in a way in which he would approve. Peter and Michele are both from South Africa. Peter was a renowned artist, and Michele arranged for an exhibition and sale of his paintings and drawings, with the proceeds going to the Rotary Club of Retford’s Bread Fund. The exhibition lasted for the last three weeks in October at the Thoresby Courtyard Gallery, fellow Rotarians assisting with the setting up and manning of the event. The final amount raised has yet to be determined, but Michele’s target to pay for a year’s supply of daily porridge for the 700 children that the charity feeds in KwaZulu Natal has been exceeded.

The exhibition was also used to launch Retford RotaKids with a display of face masks. RotaKids is primary school based to introduce young children to the Rotary concept of helping others.

On Friday 18th October the golfing members gathered for a match and their AGM at Retford Golf Club. President Judith was on hand to present the prizes.

24th October was World Polio Day. Rotary’s mission to rid the world of this terrible disease began in 1984 and is almost there. Only Afghanistan and Pakistan are still reporting cases. When young children are inoculated a purple dye is put on a finger to help identify them. Purple Crocuses are planted to remind people of this. Rotarians have planted bulbs at Clumber Court Care Home as part of this process. Meanwhile past president Roger Stenson and Mylle West joined the district sponsored walk near Teversal raising a further £200 for the project.