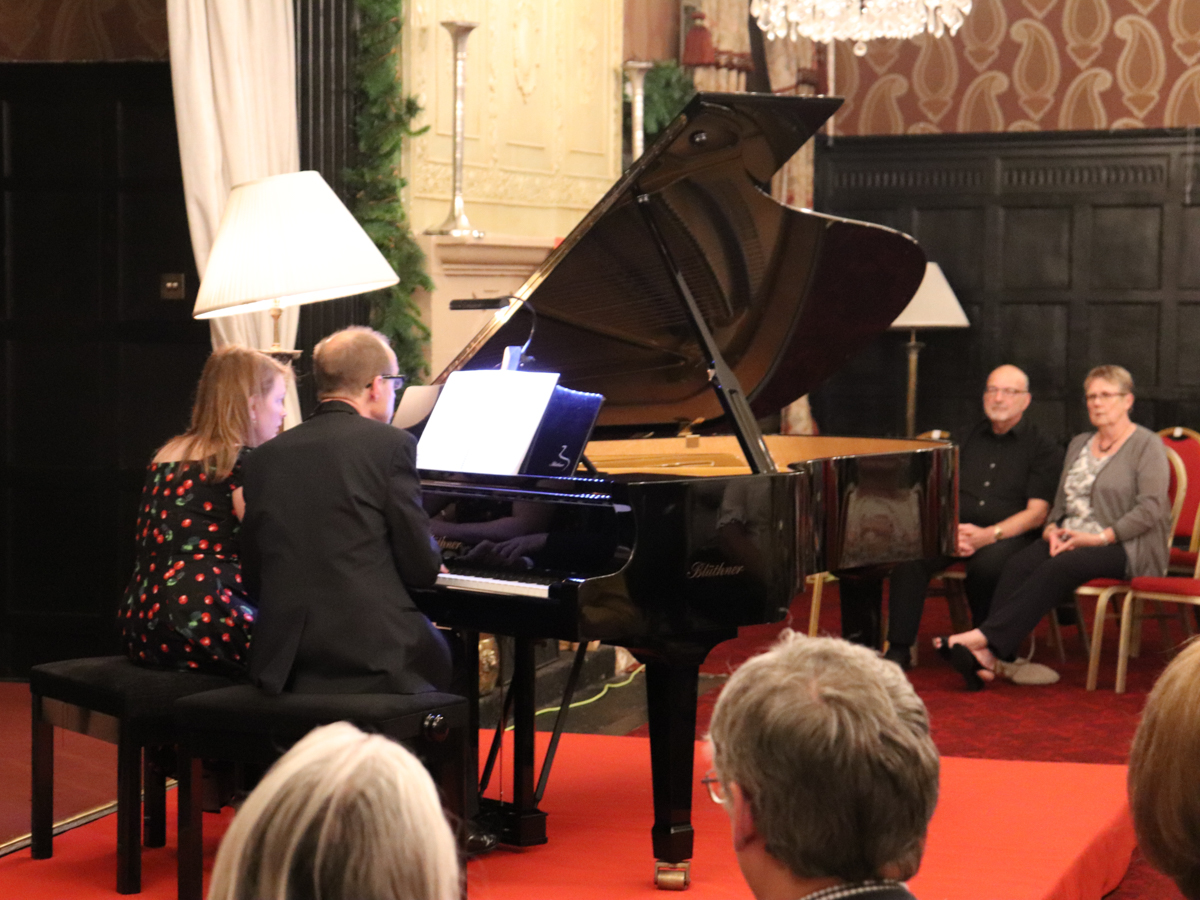 Every year, once the A level results are known, the Rotary Club of Retford rewards students chosen by the three local secondary schools who have best combined academic achievement with valuable contributions to the local community. Individual awards of £400 go to two students from each school and are paid for by the club’s Percy Laws Memorial Fund. Fund chairman Rotarian Hilary Zaccaria presented the students to club president Judith Longden who gave the awards.

New member Jaime Hitchcock wasted no time in giving his ‘life story’ to the members during a recent meeting. At the same meeting, members sent £500 to provide clean water to the people of the Bahamas after Hurricane Dorian.
Recently the golfers returned to Cave Castle near Hull for another splendid short break after which past president Gordon Muir, the organiser of these events for many years, was recognised with a plaque presented by his fellow golfers. At this same meeting past president Jim Craig was acknowledged for his 30 years in Rotary.

The big event of September was a piano recital by Benjamin Frith and Heidi Rolfe at Ye Olde Bell Hotel, Barnby Moor organised by Rotarian Mary Danby. This was in aid of PolioPlus, Rotary’s campaign to rid the world of poliomyelitis and, with the help of The Gates Foundation, raised over £8,000.

September had five Mondays. The fifth Monday is invariably a Partners’ Meeting. The speaker at this meeting was David Dawson, probably best known as a keen supporter of the Chesterfield Canal but also, very importantly, Chairman of the HRCA (the Hornby Railway Collectors’ Association). The HRCA is a worldwide organisation devoted to the products of Frank Hornby. This began with Meccano just before World War I and included Hornby Trains. David told the story of the rise and fall of this Liverpool based company.