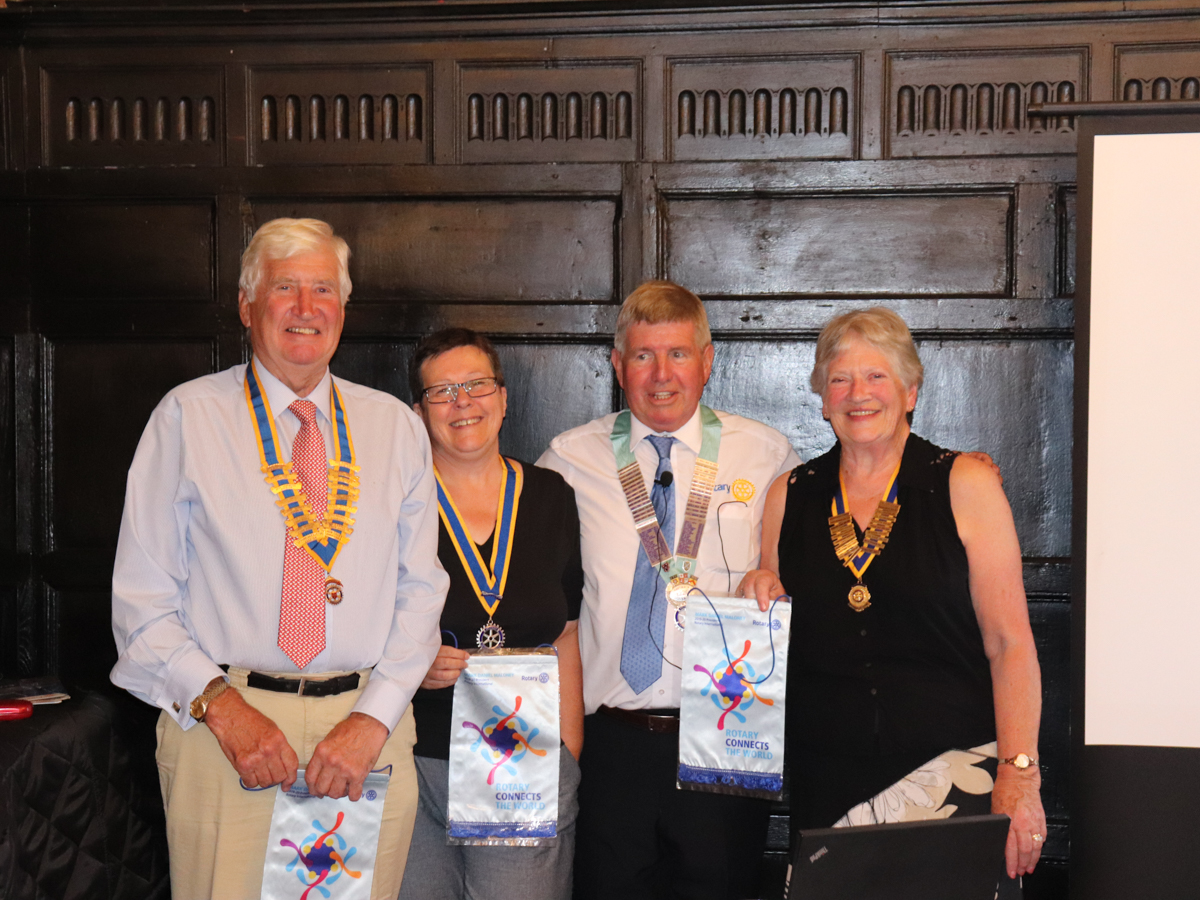 August is supposed to be a quiet month. The Bank Holiday reduced the number of meetings to three but, this year, a lot had to be crammed in for the Rotary Club of Retford. The month started with a social and fundraising coffee morning on Saturday 3rd August at the home of past president Linda Cadman. The money raised going to Aquabox.

On Monday 5th August the ballroom at Ye Olde Bell was packed with members from all three Bassetlaw Rotary Clubs (Retford, Worksop and Worksop Dukeries) for the visit by District Governor David Hood.

On Monday 19th August, David Parsons was recognised for his 30 years in Rotary. However, there was still a lot of planning taking place for the autumn programme of events.

The club’s very own Bread Fund is helping to feed pre-school Zulu children in KwaZulu-Natal, South Africa. Fundraising for this, there will be an exhibition of paintings by Peter Quinton Honey at the Thoresby Courtyard Gallery from Saturday 12th October to Tuesday 1st November (not Mondays). Born in South Africa and wounded in North Africa, he became a war artist continuing this together his role as an entertainer after the war. RotaKids from the local primary schools are very much involved in this exhibition. For further details visit www.galleryfy.com.