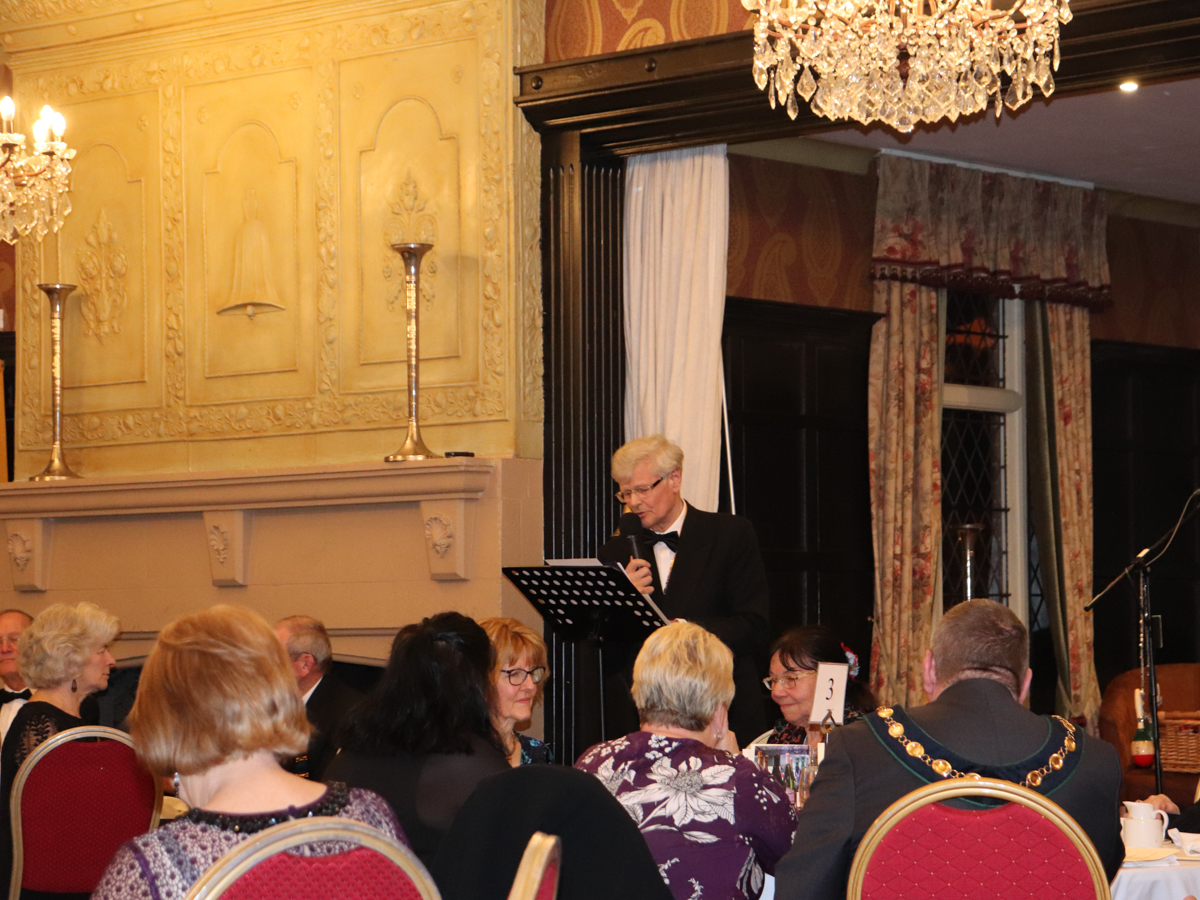 February is a very important month for the Rotary Club of Retford; as the club celebrates its birthday. This takes the form of a Charter Anniversary formal dinner. Town Mayor Councillor Mike Storey, Chairman of Bassetlaw Council Councillor David Challinor, the chief Rotarian for the East Midland District Governor Cheryle Berry MBE and Inner Wheel Club of Retford President Natalie Perry were guests of honour at the event held on 8th at Ye Olde Bell Hotel, Barnby Moor. President Eddie McGarvey also used the occasion to formally recognise the charity work of two members, Alec Tasker and Paul Withers, by making them Paul Harris Fellows. The award is named after Paul Harris who founded Rotary in Chicago in 1905.

The speaker at the Monday meeting of 11th was Janet Walker from Bassetlaw District Council. Her talk was on waste management and everyone learnt a lot regarding which bin was the correct one to use on every occasion.

Wednesday 13th and President Eddie was at St Giles School presenting a cheque for £2,500 that paid for seven iPads. These came from the Eric Coddington Memorial Fund administered by the club. Eric came from Tuxford and, in line with his wishes, his fund benefits pupils from the Tuxford area in the school.

Hope, a charity for the homeless, needed a new industrial washing machine for use by clients at its site in Worksop. The club’s Percy Laws Memorial Fund paid for this and its chairman, Rotarian Andrew Avery, formally handed over the machine on 22nd.

On Monday 25th Penny Mudford, who was sponsored by the club, addressed the members about her trip to Uganda with the charity Restless Development.

The following Tuesday the Rotary Club Young Artists Competition winners were announced at a ceremony at The Hub in Cannon Square whilst other members advanced to the semi-finals of the District 10-pin bowling competition vs Alfreton in Mansfield.