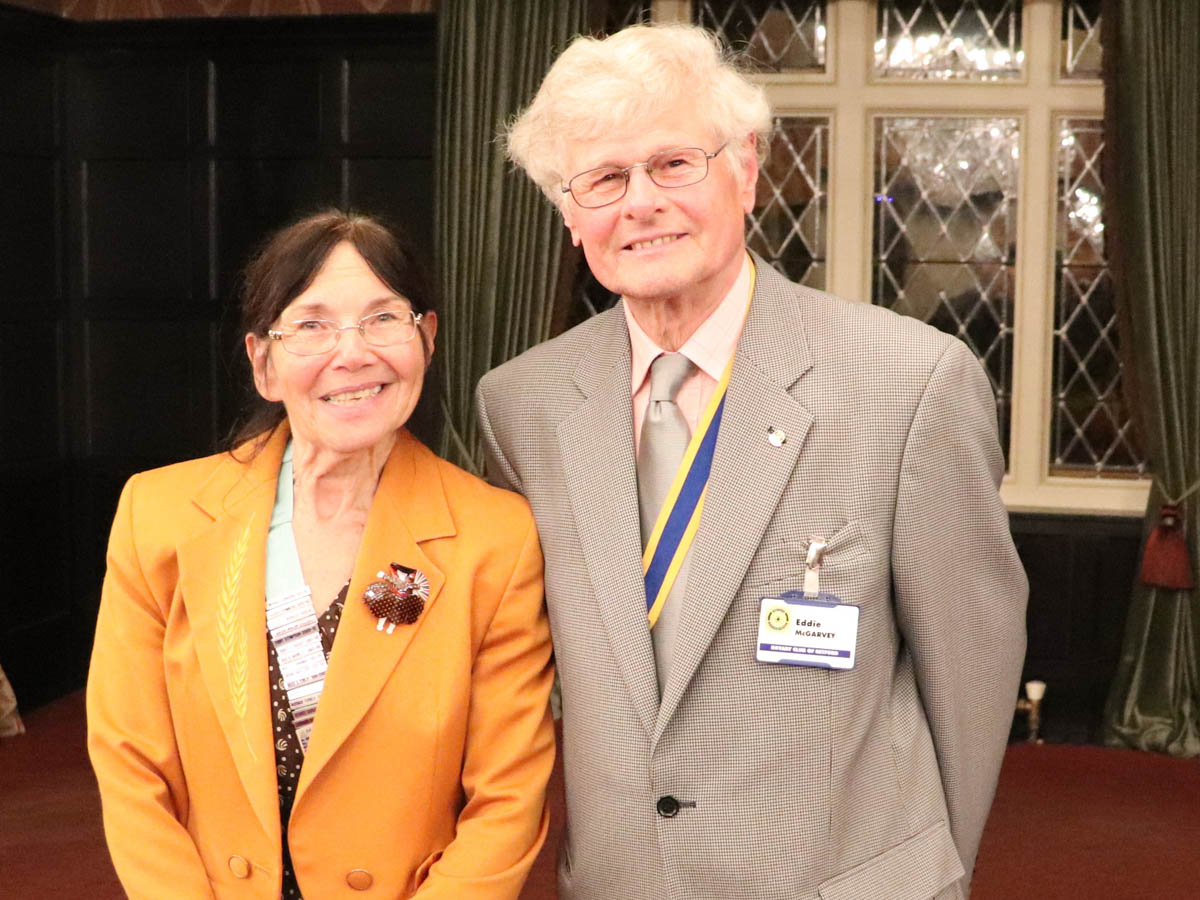 October is a very important month for Rotary clubs in the East Midlands, because it begins with the District Conference. This year, this was held in Scarborough. This is an opportunity for Rotarians to learn from various experts and inspirational speakers as well as sharing ideas with fellow members from other clubs. A large contingent went from The Rotary Club of Retford and came back with lots of new ideas.

The first of three speakers this month was Tim Mulroy. He is the son of one of the 669 children secreted out of Nazi occupied Czechoslovakia by Nicholas Winton. What an amazing story. Tim’s father has sadly passed away but his Aunt Hannah, who came with him and now in her 90s, is still with us.

District Governor Dr Cheryle Berry MBE visited the club on Monday 15th following on from her successful conference. As well as thanking the club for its charitable work, she told members about her ‘Save a Life’ campaign. She said that this country lags behind many others in the developed world in having people trained to deal with medical emergencies. Her plan is to have 250,000 people trained in the East Midlands before July 2019 — effectively, as she put it, a first aider on every street corner.

The following Monday Izzy Thorpe, a student from the Elizabethan Academy, briefed members on the school’s trip to Ecuador and the Galapagos islands. Izzy, daughter of Rotarian Christine Thorpe, was sponsored by the Club for the trip, during which the students were very active in a variety of projects helping the various communities they met over there.

This year, October had five Mondays. Traditionally, the members invite partners to join them on these occasions. Rotarian David Cartwright is an avid bee keeper and he gave an illustrated talk on this subject.
Every year in December it is the Rotary Club of Retford’s turn, to have a street collection. This year it will be on Saturday 8th December and there is an added attraction that is very special for the youngsters. Outside HSBC Bank in Carolgate, there will be two reindeer between 10.00am and 12.00pm and between 1.00pm and 3.00pm, so children can come along and meet these very special Santa’s helpers.