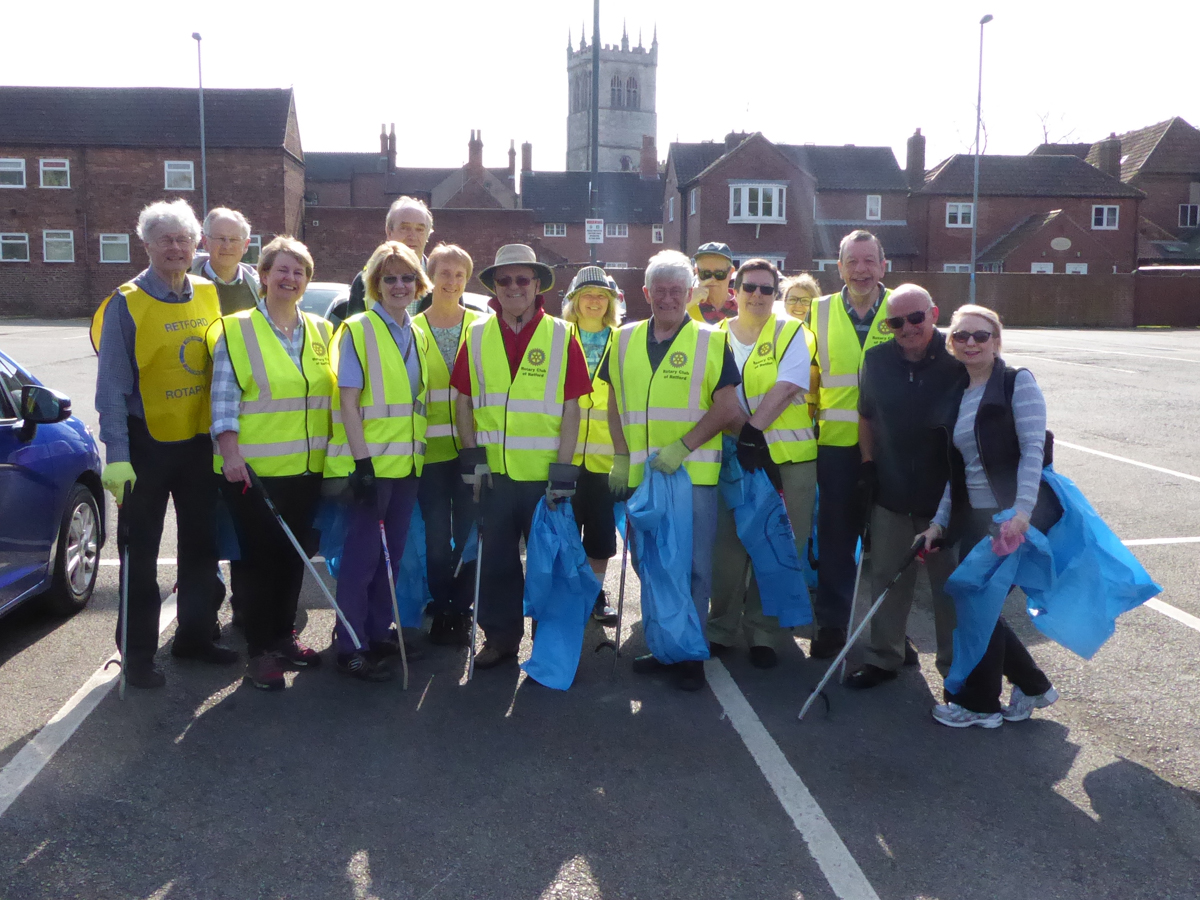 Easter, being at the start of April, meant that there was no Rotary club meeting on Monday 2nd. This gave members a well-earned rest before yet another busy month for the club. The following Monday, Rotarian Jack Anderson was able to close the very successful Idle Valley Boardwalk project when he presented the final cheque of £10,000 to Graham Bowden, Head Warden of the Idle Valley Notts Wildlife Trust. The same day, Rotarians Tony Wakefield and Phil Lewis had delivered a van full of second-hand bikes to Halfords in Lincoln on their way to helping people in Africa become more mobile.

On Saturday 14th April, Rotarian David Smith and his international committee held a barn dance in Clarborough Village Hall. This was in aid of a project in the eastern region of Zambia to improve the education of young school girls. The caller, Rotarian David Huxley from Nottingham, did a splendid job guiding the willing dancers. The event raised over £400.00.

Sunday 22nd saw 16 members litter picking in Retford as part of Bassetlaw’s effort to clean up the town. Better weather meant that the golfers were able to catch up with two trips during the month; one to Bondhay and the other to Messingham. On Saturday 28th several key players within the club made their way to the District Assembly near Nottingham. This is the start of planning for the next Rotary year.

Another busy month ended with yet another new member, when President Geraldine inducted Bob Eden from Worksop at the meeting on 30th.