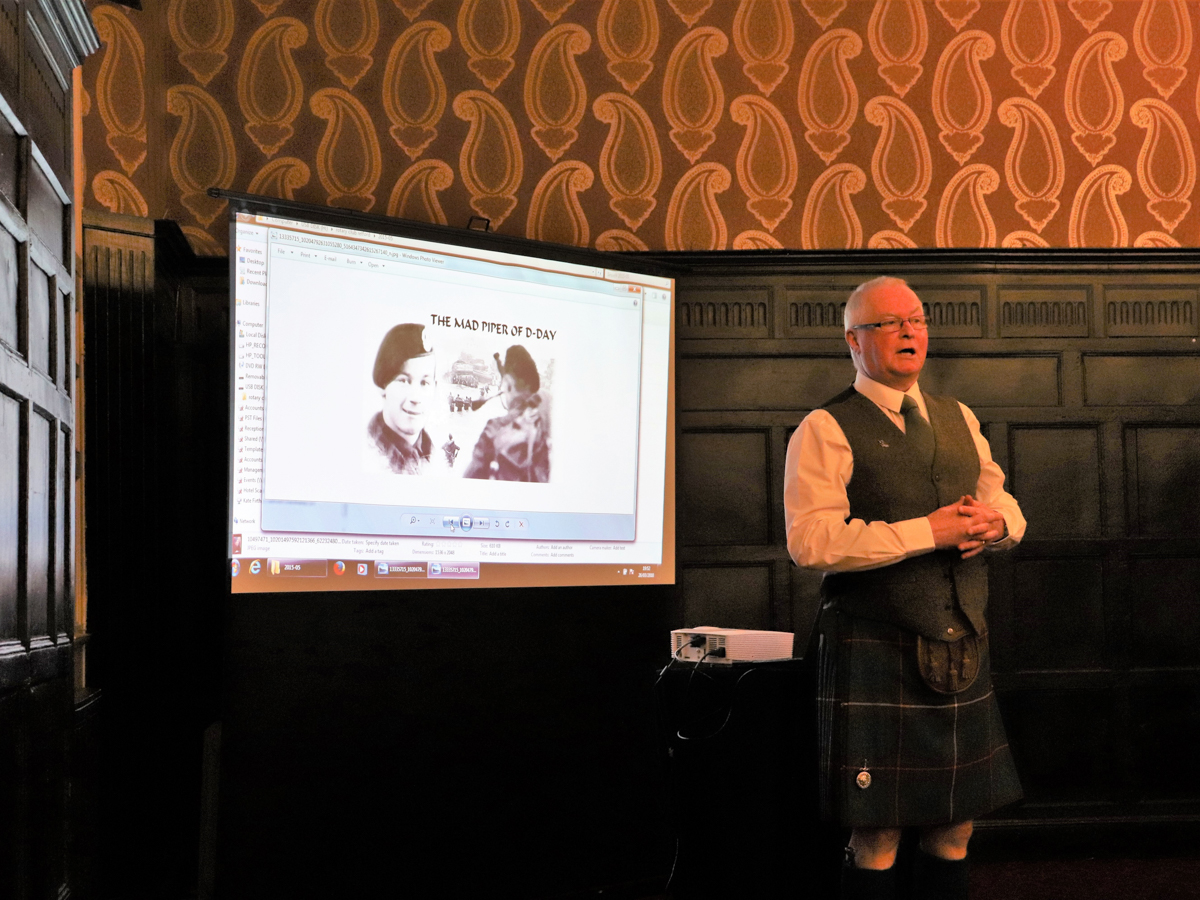 Saturday 10th March saw the annual Swimathon at the Retford Leisure Centre. This was the 31st time this has been staged. It all began in 1988 as the Rotary Club of Retford’s contribution to the then new international project to rid the world of Poliomyelitis. With only a handful of cases of polio reported over the last twelve months, this ongoing campaign has nearly succeeded. The main charity that was supported this year was the Guildford Eye Project giving specialist eye surgery in the third world. The event raised over £12,000, £4,800 going to the Eye Project and the rest to many other charities. Over 300 swimmers took part.

On 19th March, president Geraldine inducted yet another new member into the Club: David Cartwright. He lives in North Wheatley and is a podiatrist with his own practice in Gainsborough and his main pastime is bee keeping.
There were two speaker meetings in March: on 12th March Tom and Harriet who manage the bars at Ye Olde Bell gave a talk on wine and how different wines affect the taste of the food eaten with them as well as explaining a whole variety of different characteristics to look out for. The second speaker on 26th March was John Millin talking about Bill Millin, his father — The Mad Piper of D-Day. Bill piped the Scottish troops on to Sword Beach during the landings and lived to tell the tale! There is a statue of him on Sword Beach commemorating the event.