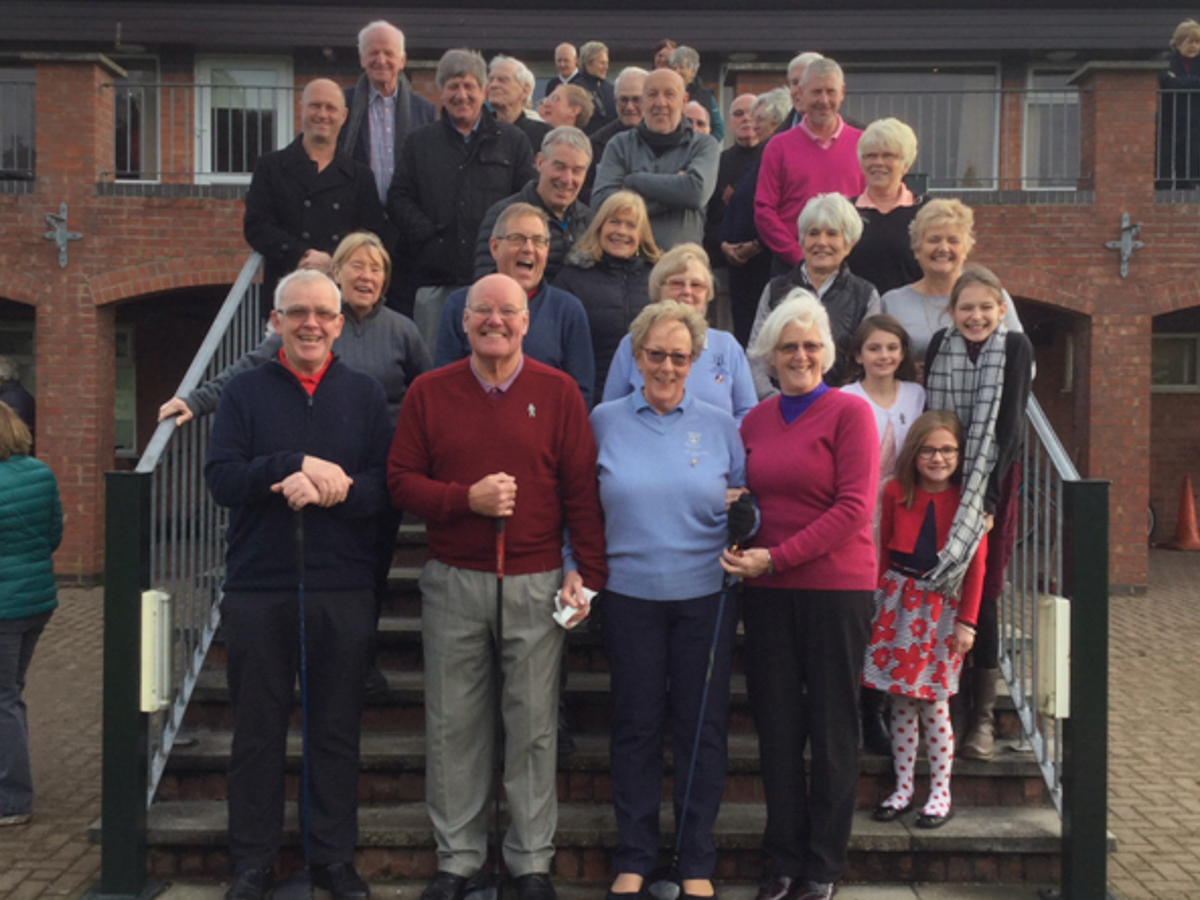 It is now well into the winter season at Retford Golf Club and during November and December both men’s and ladies’ winter league team competitions began. The teams in the lead at this mid-point are: Graeme’s Gang (men) and Tee Totallers (ladies). Members of both sexes played for turkeys in the ever-popular Turkey Trot competitions, with 27 birds making their way to the table on Christmas Day. Other fun games also featured, such as pairs events and playing the course using only three clubs and a putter.

But winter at Retford Golf Club is about social activities as well as getting out in the fresh air for golf. The annual dinner dance in November was a great success with members and their guests dancing along with a 21-piece swing band, following a delicious three course meal. The following week, male members were entertained by Billy Foster who has previously caddied for Seve Ballesteros, Tiger Woods and Lee Westwood, speaking after the Captain’s dinner.
Successful golfers have not been forgotten with presentation events for ladies, men and seniors of both sexes. The first Wednesday of every month sees a packed clubhouse with teams of four eagerly trying to beat their opponents with their superior general knowledge and lateral thinking. A record 21 teams entered the December quiz.

The new golfing year always begins with the traditional Captains’ drive-in on 1st January. The newly-appointed Captains, Mr Ted Eccleshall and Mrs Sue Boyes, were very well supported by their Vice Captains, Mr David Stirling and Mrs Helen Dean, and members who joined them for ten holes and brunch. Mr Captain and Lady Captain beat the Vice Captain pair over 10 holes. There was, as usual, a sweepstake to predict the length of the Captain’s drive, which was won by Peter Oxley.