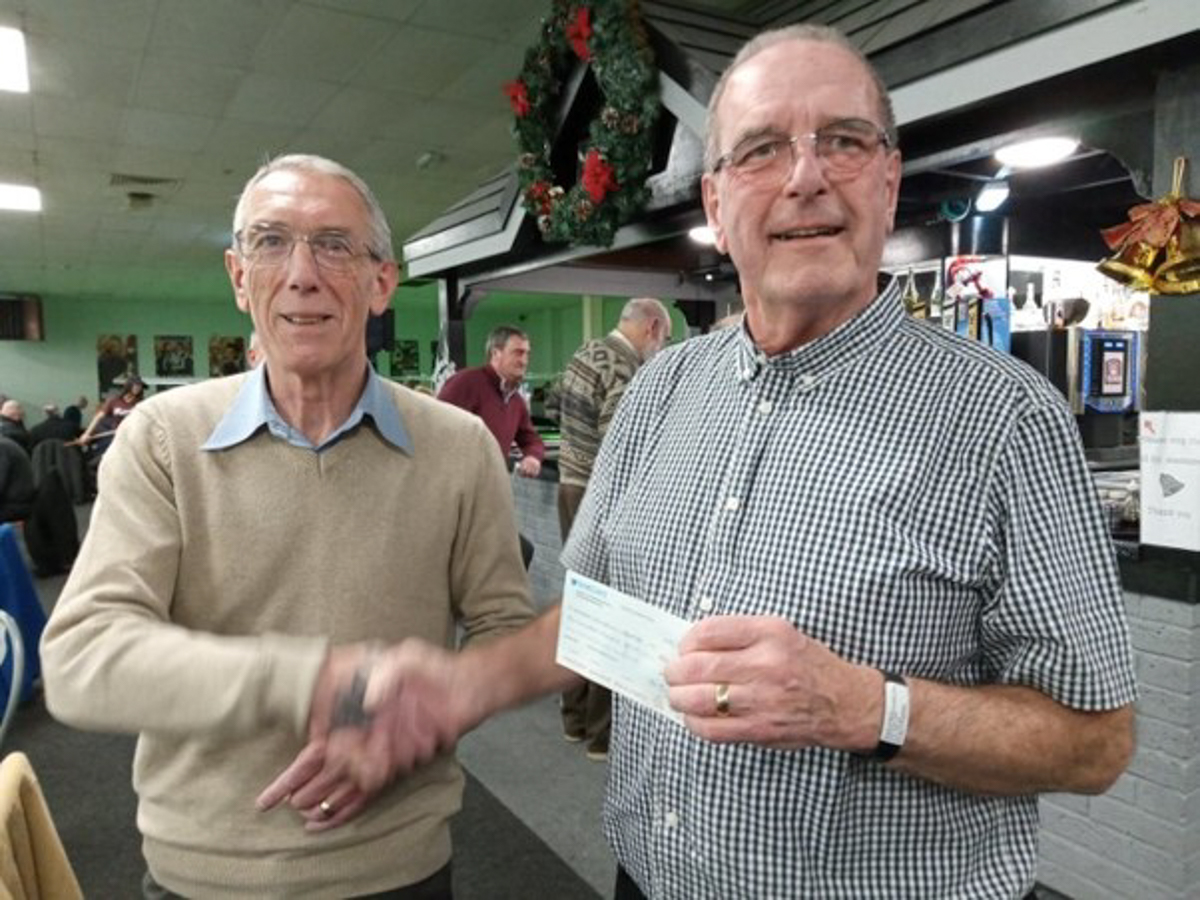 A cancer charity in Worksop has received £600.00 to help develop services that support people affected by cancer and specifically prostate cancer in the Bassetlaw area. Aurora Wellbeing Centre in Worksop was presented with the cheque for £600 by Colin Gwilym who set up Worksop Town Walking Football Club in 2016. The money raised by players throughout the year was presented to Aurora Worksop at the club’s annual Christmas party in December 2019.
Players from the Walking Football Club fundraised throughout 2019 to raise money for the local cancer charity based on Memorial Avenue in Worksop. Weekly donations from the players’ session fees and spot the ball competitions all contributed to the money raised.

Debra Fores, centre manager at Aurora Worksop, said: “We are hugely grateful to the club for their donation and for taking the time to raise funds for Aurora in Worksop. The donation will go towards much needed services that improve the lives of people affected by cancer in Bassetlaw.”

Aurora provides support for anyone living with a cancer diagnosis or affected by a long term health condition, including family members and carers in the Bassetlaw area.

The walking football club specifically requested that the money be used in Aurora’s prostate support services as they had team members who had personal experience or family members who had been affected by prostate cancer. Aurora’s services include support groups, workshops and counselling, beauty treatments and holistic therapies, exercise classes and a gym. The centre is a community hub which welcomes members of the public to come along and use the tearooms, beauty therapy and Care to Give Shop which in turn helps raise valuable funds to develop and progress the work that they do in Bassetlaw. The centre is open from Monday to Friday, from 9.00am to 4.30pm for all services and from 9.00am to 4.00pm for the tea room and charity shop.

The club are trying to encourage people to keep active, keep fit and socialise. Sessions allow men and women aged 55-plus, to walk around a pitch at a pace that suits them, kicking and passing a football. The first session is free, £3.00 thereafter (£2.00 to the club and £1.00 goes to charity).
If you require any further information please email dinasboy@hotmail.co.uk or call 07443 581486.