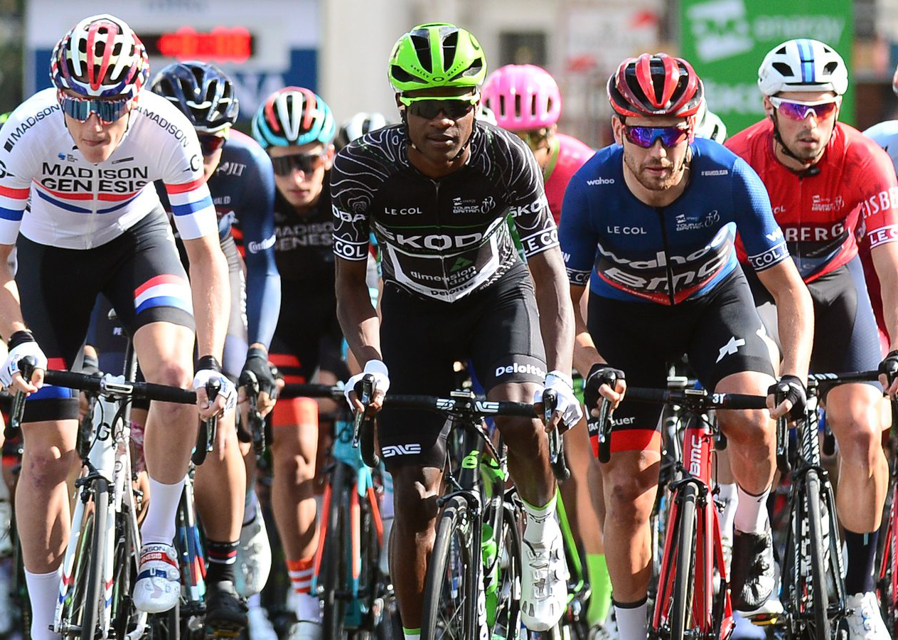 Tour of Britain returns to Nottinghamshire

The countdown is on to the Tour of Britain’s return to Nottinghamshire for what promises to be an unforgettable day of cycle racing.

Over 100 of the world’s best riders will tackle a 186.8km (116.2m) stage that begins in the heart of West Bridgford (10.45am) and culminates in Mansfield (approximately 3.00pm) on Thursday 8th September. The event heads back to Robin Hood Country for its first stage after success here in 2017 and 2018.

The route will pass through Ruddington, East Leake, Radcliffe-on-Trent, Ravenshead, Southwell, Retford, Worksop, Edwinstowe and Warsop. A large crowd is expected to turn out to watch this free-to-attend sporting spectacle.

Councillor John Cottee, Nottinghamshire County Council’s Cabinet Member for Communities, said: “I cannot wait for the Tour of Britain to return to Nottinghamshire and the sense of excitement and anticipation is really stepping up a gear.

“Communities along the route are busy preparing to transform their towns and villages into a spectacular sea of colour to give the competitors a huge Nottinghamshire.

“The event will truly put Nottinghamshire on the international map, with a global TV audience of millions and the eyes of the world once again on us – and let’s not forget the thousands of people from outside the county who will come here to watch the race and enjoy everything Robin Hood Country has to offer. “

Ribble Weldtite, one of the leading British teams set to compete in the race, have two local riders hopeful to being selected to compete.

“I cannot wait for it,” said Ollie Peckover, who hails from Ruddington. “It’s always amazing to see how communities come together and line the routes. Last year there were parts of the race where you could barely hear yourself think. Hopefully that will be replicated throughout Nottinghamshire!

“I was out watching the race on the roadside when it came the county in 2017 and 2018. Seeing the speed at which they raced was just phenomenal. It was always a dream to race it, and getting that first-hand experience last year was an amazing experience.

“Potentially having an opportunity to race a stage on home roads has been such a motivation for me throughout the 2022 season. I know the roads really well. I’ve learnt the stage route metre-by-metre so I feel like I’m prepared for it!”
His team-mate, Mansfield’s Ross Lamb, is also counting down to the event. “I’m super excited,” he said. “I missed the race when it came to Nottinghamshire in 2017 and 2018 as I was racing in Europe. For it to come to my home county when I am able to race in the event is brilliant – it’s been my goal for the year to get selected.”

A route map and full stage timings are available online at www.tourofbritain.co.uk/stages/stage-five.

Where to see the race

The event is expected to enter Bassetlaw via East Drayton between 1.44pm and 2.20pm, going through Upton and then into Retford via London Road. Sprint 2 takes place on Arlington Way, Amcott Way, Hospital Road and Babworth Road as the cyclists head to Worksop, where they are expected between 2.15pm and 2.56pm. The route takes them along Retford Road, Potter Street and Sparken Hill before they head out onto Ollerton Road and through Clumber Park for Sprint 3.