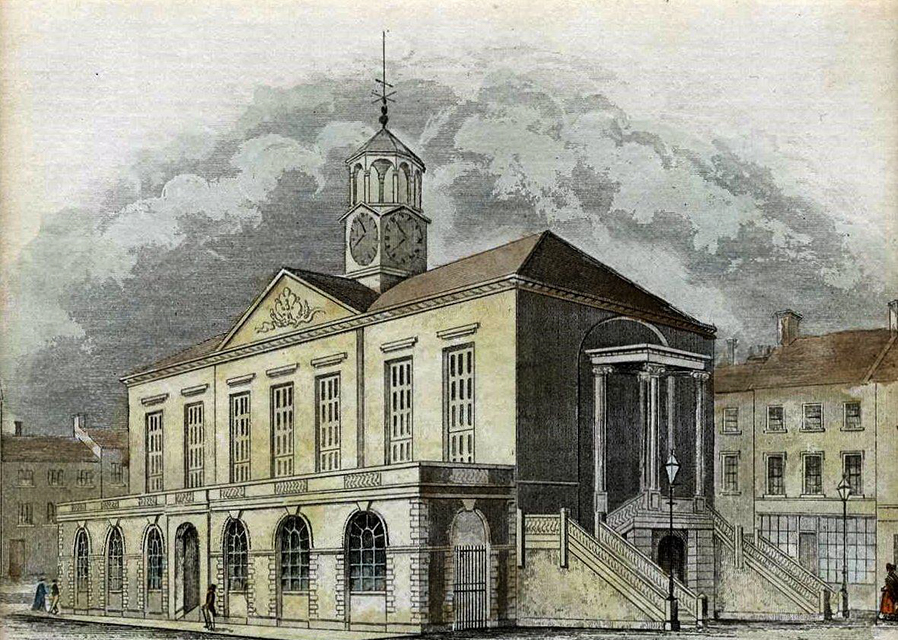 The story of Retford in the 19th century

Tony Barber, author of the highly acclaimed ‘St Leger. A History of the World’s First Classic Horserace’, has focused on Retford in his new book. Entitled ‘Retford in the 19th Century’, it attempts to solve the great mystery as to why the town failed to become an industrial powerhouse like many of its neighbours. Despite a number of advantages, particularly its transport links, Retford remained a small market town with a reliance on agriculture and a resemblance to places in Lincolnshire such as Louth and Sleaford.

As the author explains: “Retford’s story is far from simple and at the beginning of the 1800s lots of things held back the town’s progress. To begin with there was no coherent civic structure. At the centre of the ‘town’ was the tiny borough of East Retford governed by the Corporation, with its right to send two MPs to parliament (when, incredibly, cities like Manchester and Birmingham had no representation). Adjacent to the borough were growing suburbs under the control of the parishes of West Retford, Clarborough and Ordsall. Because there was no unified authority, any necessary civic improvements across both the borough and suburbs were difficult to undertake.

“The way the Corporation was run did not help and its maladministration was notorious even by the standards of the day. A government report in 1835 stated it to be ‘self chosen from a class not only inferior in status and intelligence but also branded with the infamy of long continued bribery, containing among its members some proved to have been guilty of corrupt practices’.

“Corporation incompetence to this degree could be ruinous for the town. A case in point was its gross neglect in keeping proper accounts in its role as trustee for the charity of the borough’s free grammar school. In 1820 this led to proceedings in the Court of Chancery and to an order that a large sum be paid to the school from the coffers of the borough. All of this resulted in a substantial degree of impoverishment and the postponement of plans for improvement.

“In a public health report of 1849, the inspector was appalled at conditions in some parts of the town. With a level of squalor as horrific as anything he had seen, he described the yard of the Mermaid Inn (now the car park of the Galway Arms) as a ‘collection of 21 tenements which shared only four privies’… these stood in a yard full of pig-manure and next to an open cesspool containing a large accumulation of human waste. One of the dwellings drew his particular attention. It was built above a piggery and the open crevices in the floor admitted the smell of the swine.

“If the Corporation proved to be an albatross around the neck of East Retford then so too did its status as a Parliamentary Borough with the right to elect MPs. As such it became infamous as a Rotten Borough; small, corrupt, and over-represented. With less than 200 freemen or burgesses having the right to vote, elections were often won by offering bribes ‘wrapped in plain envelopes and delivered by unknown hands’. In these circumstances contests often deteriorated into orgies of drunkenness and violence. Matters came to a head in 1826 when a real battle ensued. Voters were intimidated by acts of violence; a mob, armed with cudgels and pick-axes threatened to tear down the Town Hall; 200 special constables arrived from Yorkshire; and finally a troop of Horse Guards was forced to make a sabre charge in the Market Place.

“During the second part of the 19th century, life improved in the town. The borough was extended to include the suburbs and there were no more troublesome elections after East Retford lost its right to send MPs to Parliament. Furthermore, an opportunity for growth came with the arrival of the railways but it was not enough to stimulate industrialisation like that experienced by its neighbours. As a result, Retford even lost its status as Bassetlaw’s largest town.”

Retford in the 19th Century attempts to explain why this proved to be the case. The book is on sale in Bassetlaw Museum, priced £12.50.