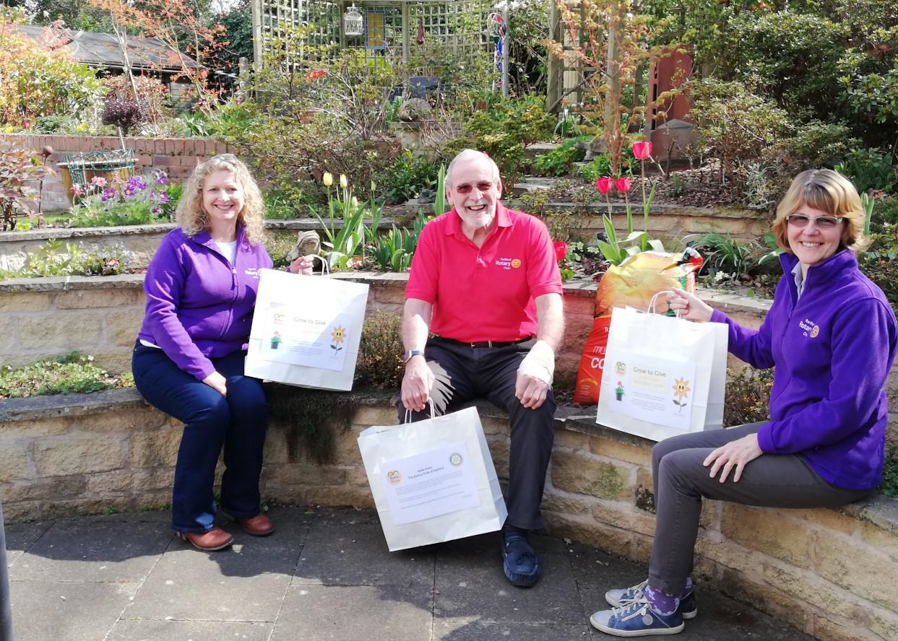 It is sad to report the passing of another Rotary Club of Retford member. The funeral of Dr Jo Walker, a retired GP, took place on 9th April. Again, because of the pandemic, members were prevented from showing their respects in the normal way but a small delegation, led by Club President Adrian Sumner, were able to be present.
April was, yet again, a busy month for the club. The District Assembly is the event when future policies are revealed and debated together by local Rotary clubs. This year, for obvious reasons, the event was in the form of a series of Zoom meetings throughout the month. As well as this, the club’s AGM was held (again via Zoom) on 26th.
As COVID restrictions were further eased, Past President Paul Withers, who is also the chairman of the club’s Environmental Committee, organised a small elite group of Rotarians to undertake another litter pick. This time, the chosen location was on the A57 near to East Markham. Twenty bin liners were filled and left securely for Bassetlaw District Council to collect.
RotaKids is the youngest part of the Rotary movement. It is composed of children from primary schools in the area and it involves the young children in projects that benefit their local community as well as promoting environmental issue in a way that is both fun and educating. There are already 10 local schools involved, with more in the pipeline. The project lead is Rotarian Linda Crossland and a recent project involved the ‘Grow to Give’ project. Bags of compost with re-cycled flowerpots donated by club members and packets of marigold seeds have been given so that the children can cheer someone up by giving them a plant grown and nurtured by themselves.
The two speakers at the Zoom meetings in April were Alan Bush from Carers UK and Andy Hughes from Shoe Aid. Alan started a Memory Café in the Nottingham area, continuing the work on Zoom until face-to-face contact can be resumed. The Rotary Club of Retford has supported Young Carers in our area. Andy updated members on Shoe Aid, a Nottinghamshire based charity. For the club’s contribution to this charity, see last month’s Retford Life.