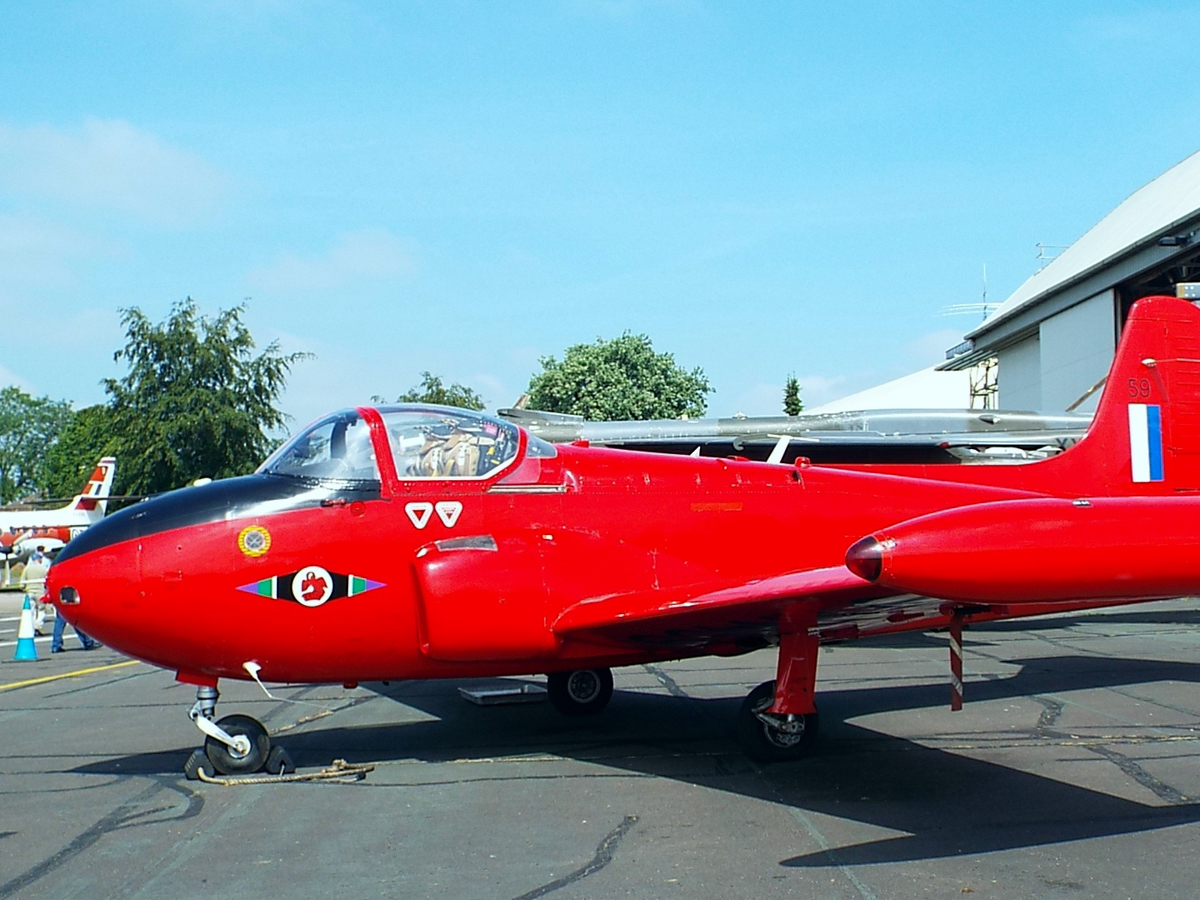 This year the RAF celebrates its centenary which is a significant event for a region steeped in its history. Whereas Lincolnshire still has a strong RAF presence and Nottinghamshire a tenuous one, the service is no longer present in South Yorkshire since the closure of RAF Finningley in 1995.

During the First World War, aircraft were manufactured at Gainsborough which was attacked by Zeppelin airships, along with Sheffield, leading the RFC (precursor of the RAF) to establish several landing grounds for the defence of the region, mostly on the Lincoln Escarpmant, which were supplemented by flying training establishments. However, shortly after the formation of the RAF on 1st April 1918, the War ended with the Armistice and most of the airfields were vacated. Consequently, when the inevitability of a re-match with Germany was belatedly recognized in the mid-1930s, many new air bases had to be constructed to house the rapidly expanding air force. Not only on or nearby those of the previous conflict, but also on the lowlands of the Vale of York and of the Trent, the majority designed were for the use of bombers which would carry the war to Germany, but there were also many training bases, especially in Nottinghamshire, and just the occasional fighter base. However, despite its distance from London, the region did play a role in the Battle of Britain due to the HQ of Fighter Command’s 12 Group being situated at Watnall, near Nottingham.
With regard to the bomber war, the unpreparedness of Bomber Command for war in terms of equipment, methodology and training, was revealed by a scientific study which showed that only a small minority of bombs were dropped within five miles of their intended target! However, the appointment of Arthur Harris as head of Bomber Command ushered in a more professional approach which brought successes like the Dams Raid by 617 Squadron and the thousand bomber raid on Cologne. These two very different missions being akin to the rapier and the cudgel. Sited in the midst of a concentration of bomber bases, Bawtry Hall was the HQ of Bomber Command’s 1 Group. 55,573 Bomber Command aircrew were killed in the Second World War leading one author to liken the bomber bases to the trenches of the First World War. It is not surprising that many of them are reputed to be haunted.

The Jet Age
In all wars, technological advances occur more speedily than in peacetime and two great inventions to emerge from the Second World War were the computer and the jet engine. The first jet aircraft to enter RAF service was the Gloster Meteor with 616 (South Yorkshire) Squadron a former auxiliary unit which after the war reverted to its part-time status, based at Finningley and then Worksop.

Despite the closure of many bases following the end of hostilities a large number remained active and in 1953, Finningley (South Yorkshire), Newton (Nottinghamshire) and Hemswell and Scampton (Lincolnshire), were all opened to the public on the anniversary of the Battle of Britain. The reason for the retention of so many air bases along with the auxiliaries was that the world had entered the Cold War wherein the western powers formed the North Atlantic Treaty Organization (NATO) alliance in order to deter the aggression of Soviet Russia, which had emerged from the war as a dominant military power occupying all of eastern Europe.

In an attempt to preserve its status as a leading world power, the UK developed its own atomic weapons as a deterrent for which, until the mid-sixties, the RAF provided the means of delivery in the ‘V’ force jet bombers (a triumvirate of types). One of which, the mighty Avro Vulcan, was based in this area under 1 Group, with its HQ at Bawtry and its main training base at nearby Finningley, sustaining the operational squadrons based at Scampton and Waddington.

The aim to provide new aircrew for the ‘V’ force flying training continued apace and in 1960, 2 Flying Training School, at Syerston (Notts), became the first in the world to train student pilots on jet aircraft, in the shape of the Jet Provost, which became a familiar sight in the region’s skies until its retirement in the nineties. By then Finningley was the RAF’s largest training base but following the end of the Cold War in 1989, defence cuts were the order of the day and Finningley was among the first station closures, thus ending the RAF’s presence in South Yorkshire. This was followed by RAF Newton (Notts) although nearby Syerston survives (albeit in a derelict state) as home of the Central Gliding School. In Lincolnshire, RAF Waddington has become one of the RAF’s largest bases being home to vital electronic reconnaissance assets such as the A-3E Sentry, RC-135W Rivet Joint and Sentinel R1 whilst Scampton accommodates the Red Arrows aerobatic team.

Whilst the service has shrunk dramatically in size over the last twenty years its capabilities have been enhanced by the introduction of new equipment. A new generation of training aircraft is currently being introduced whilst very recently 617 Squadron arrived back from the USA, where it had reformed, with the first examples of the F-35 Lightning II Joint Strike Fighter which will form part of the RAF’s frontline into its second century.