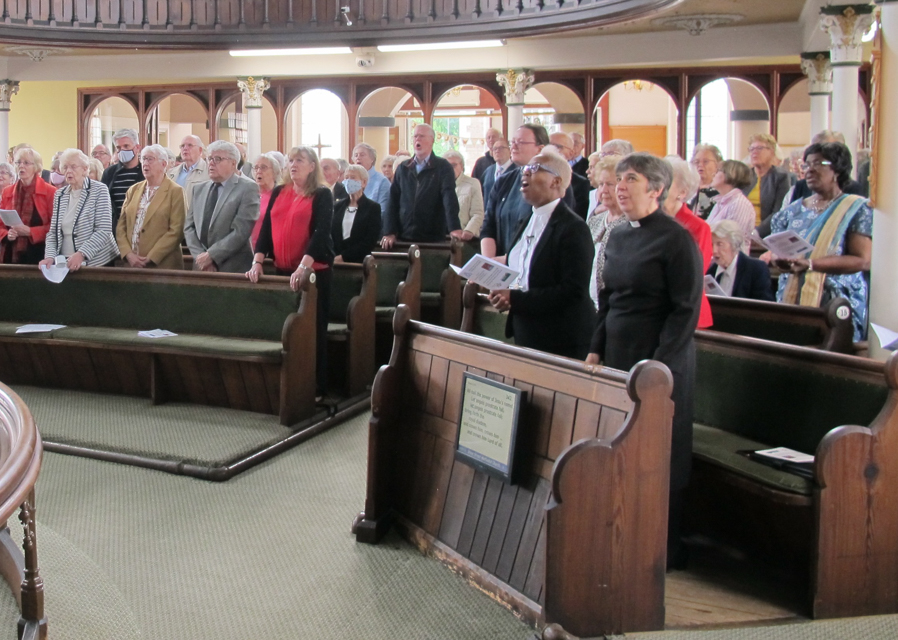 This year the members of The Grove Methodist Church are celebrating the 200th anniversary of worship on the current site.

A little bit of their history

The first Methodist Chapel in Retford was built in 1781 – and then rebuilt in 1789 – in what was known as Rosemary Lane, now Spa Lane. By the early 1820s membership had grown to over 200 and a new building was required.
In 1822 a piece of land was purchased in Newgate Street (later renamed Grove Street) and the foundation stone was laid for the Georgian style chapel that could hold 600 worshippers. There was accommodation on either side of the church for the ministers and their families.

John Mackfarland, who is credited with being ‘The first Methodist of Retford’, laid the foundation stone in 1822. He died in 1824 and was buried in the graveyard which was behind the chapel – his headstone can still be seen in the church today.
This chapel was replaced in 1880 by the current building which has a Victorian Gothic sanctuary with many original features including an oval gallery, curved pews, ornately headed columns and sloping floor. The 1913 Brindley and Foster Pipe Organ was custom built in Sheffield and is still in excellent working order. Over the years the premises have been adapted and extended to include two community halls, a coffee lounge, two kitchens, modern toilet facilities, two offices, a vestry / quiet room, multiple storage spaces and a flat on the first floor.

Their programme of Sunday worship is varied, with traditional morning worship, regular early morning communion services or times of quiet prayer and reflection, Messy Church for families and even services with friends from other churches joining them on Zoom. They work closely with other churches in the area, especially Hallcroft Methodist Church.
Weekday activities include Senior Citizens Lunches, a Coffee Morning and a Bright Hour social gathering. They have recently launched ‘The Listening Place’ which offers support for those living with loss and bereavement. In addition, they have developed a small garden space for use by local school pupils and community groups. Many other organisations enjoy using their premise – and there is still space for more.

Plans for the future

Last year they celebrated the reopening of the sanctuary, following the repair and decoration of the ceiling.
They are now seeking to install an efficient, eco-friendly heating system and carry out other improvements to ensure they can provide a workable building that can be used every day of the week. They want to build up a pattern of regular concerts, exhibitions and community events.

They’ve called this redevelopment project ‘The Growth of The Grove’ and pray that it will help to sustain and maximise the use of the building for the Church’s long-term commitment to its members and to the local community of Retford.
On 15th May they were visited by The President of the Methodist Conference, The Reverend Sonia Hicks. It was a very great honour to be visited by the elected leader of the national Methodist Church.

June services in the Methodist Church in Retford

12th June
10.30am: Open Door, Calm Space at The Grove drop in for a time of quiet reflection
10.45am: Communion Service at Hallcroft Methodist Church led by Reverend Felicity Ferriter
4.00pm: Messy Church at The Grove

For more information call their minister, Reverend Julie Coates on 01777 702573 or see www.facebook.com/TheGroveMethodistChurchandCentre