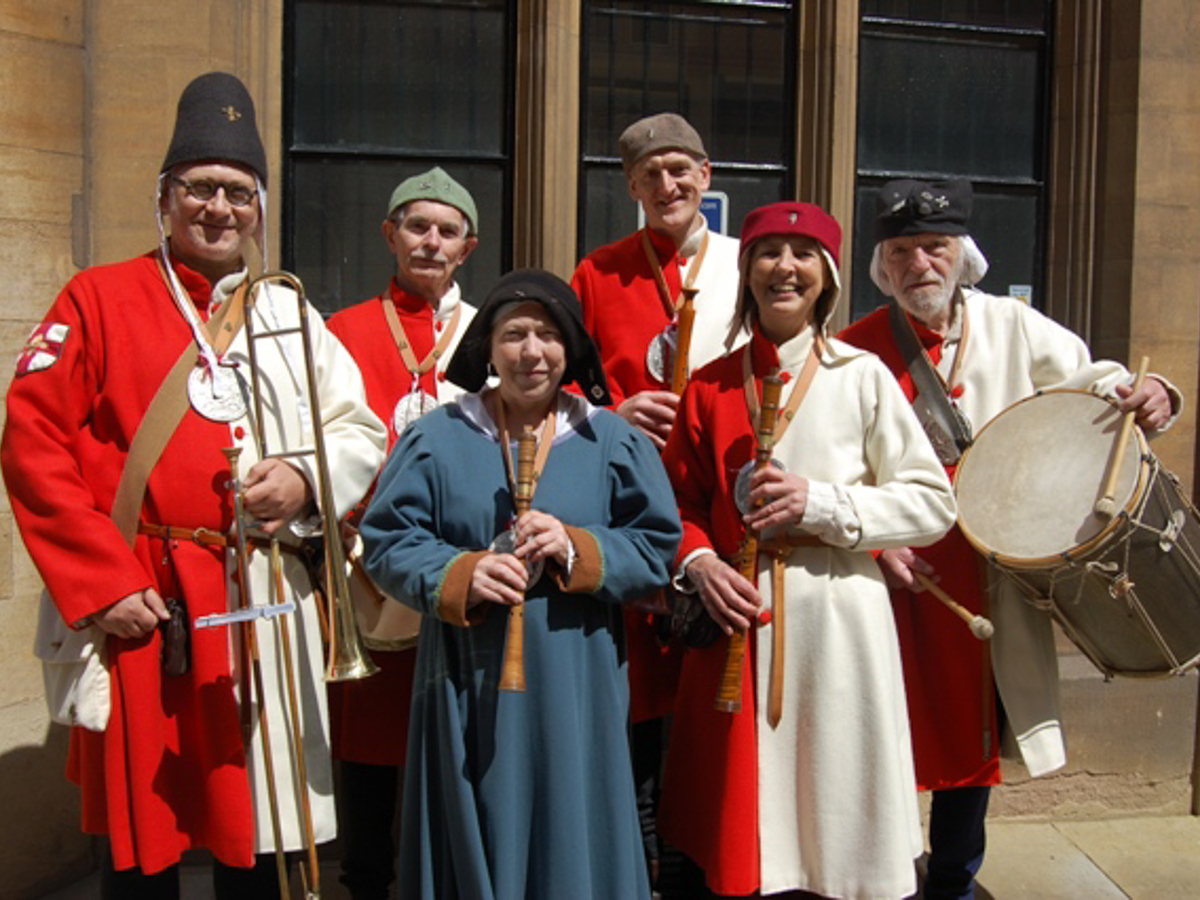 Square Fête starts off Summer Sundays on the Square in Retford

On Sunday 26th May, between 10.00am and 4.00pm, Square Fête provides great entertainment taking you back to the origins of the Charter and quality shopping for everyone.

There will be a great range of stalls bringing arts and crafts, food and drink, and more (to book a stall contact peter.hargreaves@bassetlaw.gov.uk or 07903 560732). A re-enactment of the signing of the Retford Charter will be carried out three times during the day by local theatrical favourites, Talegate Theatre.

Retford is one of the oldest boroughs in England and was mentioned in the Domesday Book of 1086 as ‘Redeforde’. Henry I established the borough in 1105, and it gained a Royal Charter in 1246, when Henry III granted the right to a fair. This was later extended to holding a Saturday Market by Edward I in 1275.

Mediaeval musicians will play throughout the event as The Doncaster Waites, The Leeds Waits and The City of Lincoln Waites. This was the music that the Mayflower Pilgrims heard in the streets, at weddings and civic events. There will be a variety of fascinating instruments in use from Shawms to the Hurdy-Gurdy — if you don’t know what they are, the musicians will show you.

The original Leeds Waits existed from 1530-31 until they were disbanded in 1835. The City Waites were the Mayor of Lincoln’s Band of Musicians (until 1857). Waites do not play the music of the courts and the aristocracy, but the music of the streets. The Waites were the original town bands and Doncaster had a band of Waites from 1457 to 1832. Retford also had a Waites band until the late Victorian era, and the badges are on show at Bassetlaw Museum.