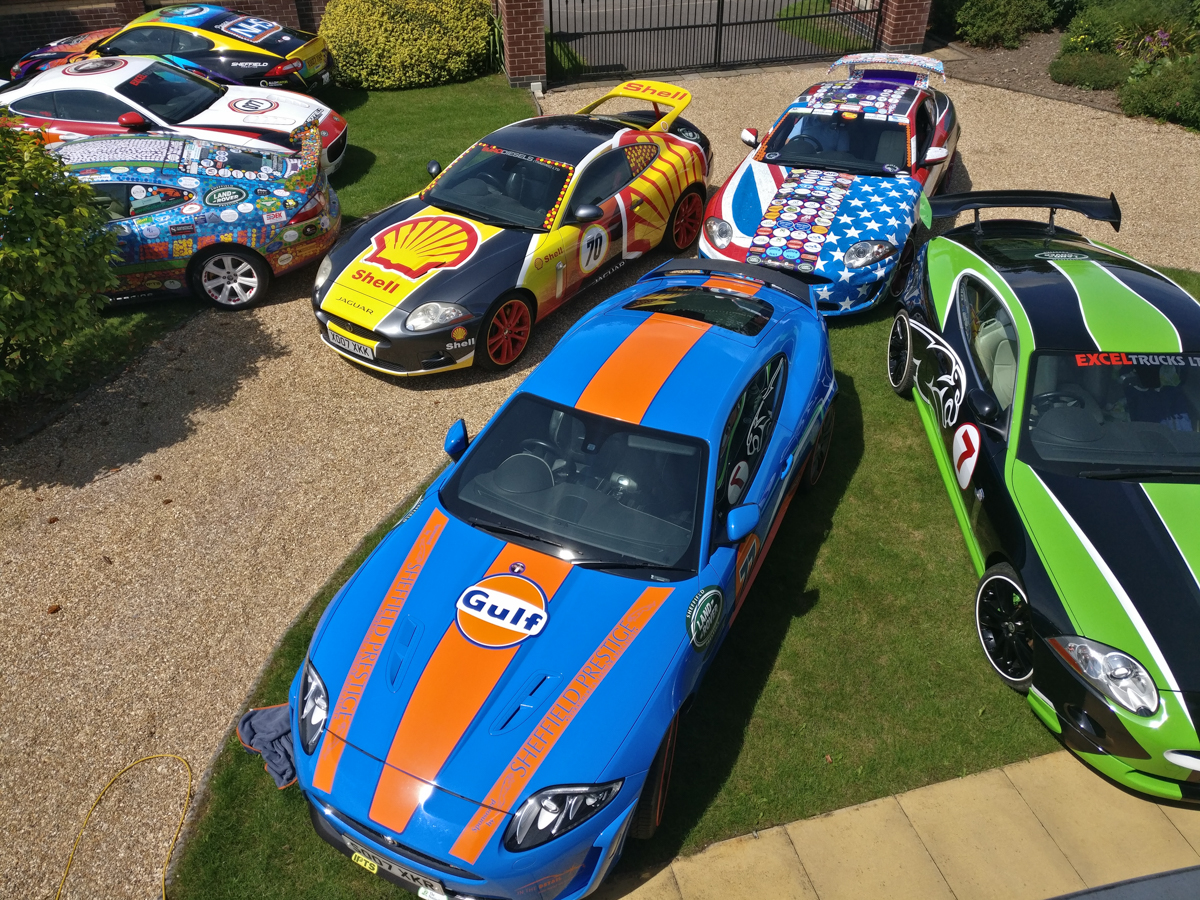 Despite a difficult year for fundraising, car enthusiast Stuart Dixon collected almost £13,000 for Bluebell Wood Children’s Hospice in 2020 and has now raised a total of over £168,000 for the local charity in the last three years.
Stuart, from Retford, has dedicated hours of his time to combining fundraising and his love of cars. He covers some of his racing cars with permanent, sponsored, coloured vinyl stickers in return for a donation to the charity, and also drives them around the country to county shows, country fairs and Jaguar and classic car shows, as well as attending restaurant and garage ‘open days’. At the shows, people donate to sit in the cars and at some shows ride in them.
He has also raised small amounts for First Responders and the NHS, and has raised over £25,000 pounds for local charities over the years with his charity Whist Drives. A fantastic effort.
You can donate to his fundraising for Bluebell Wood Children’s Hospice at www.justgiving.com/fundraising/sherwoodjaguarracing.