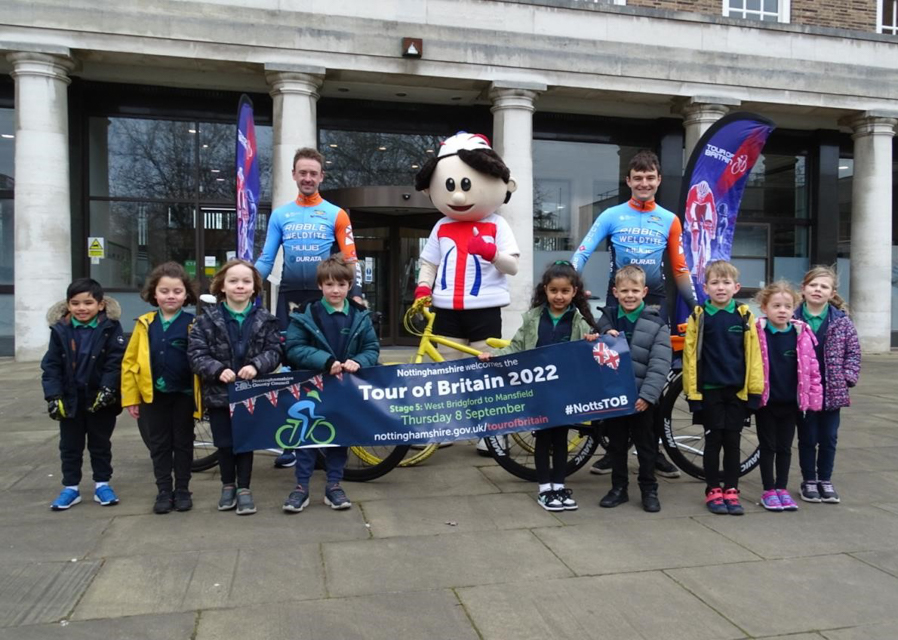 Route announced for Nottinghamshire stage of Tour of Britain

The Nottinghamshire stage of this year’s Tour of Britain cycle race will once again start in West Bridgford and finish in Mansfield. It is the third time the showpiece event will take place in the county and follows the successful staging of the race in 2017 and 2018.

This year’s race returns to Nottinghamshire on Thursday 8th September and will see the fifth stage begin on Central Avenue in West Bridgford and end on Chesterfield Road South in Mansfield. It will pass through several towns and villages in the county, including East Leake, Radcliffe-on-Trent, Calverton, Southwell, Retford and Worksop – as well as take competitors along the recently-opened Colliery Way.

A global television audience of millions will watch the world-famous race, with the Nottinghamshire stage attracting 250,000 spectators in 2018 to make it the largest sporting event in the county’s history. £3.9million was spent by participants and spectators on accommodation, food and drink and shopping.

Cycling’s premier road event in this country will feature the world’s top teams and riders, alongside the best British-based cyclists, with a field including Tour de France winners, Olympians and world champions.

Nineteen teams and 114 riders are currently scheduled to take part in the race – including Mansfield’s Ross Lamb and Ollie Peckover, of Ruddington, who compete for the Ribble Weldtite Pro Cycling team.
Live coverage of the race is shown daily on ITV4. Visit the Tour of Britain webpage for more information about this year’s race.