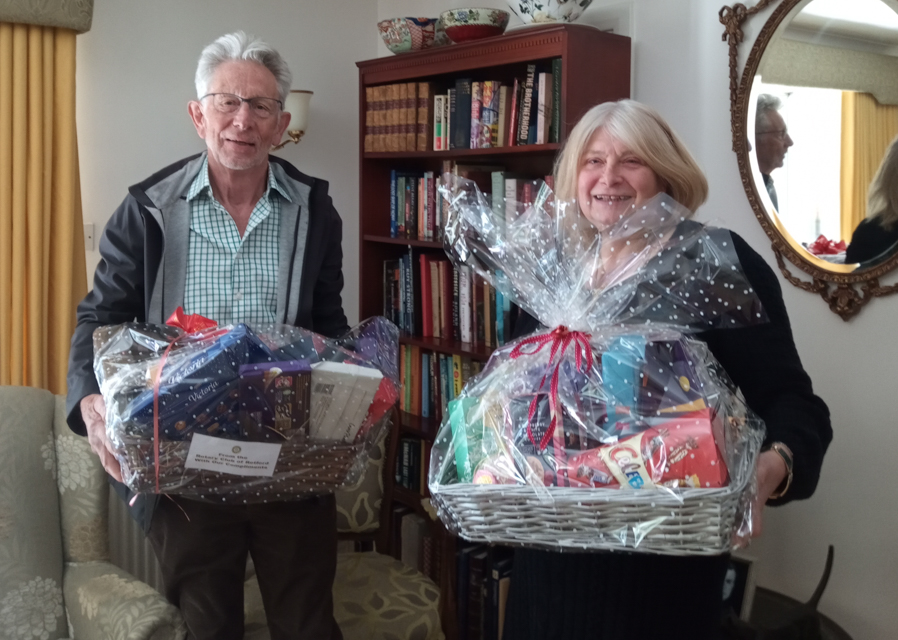 When the Easter weekend falls in April, as it did this year, the number of Club meetings is often reduced to three in the month: committees as normal on 4th April, then the following week members were treated to a piano recital by local student Gabrielle Overton. This was part of a programme to help pass her diploma on her way to a career as a professional concert pianist.

On Sunday 24th April, several members congregated in Churchgate car park and were despatched to different areas in the town to collect litter. A lorry tyre and filled paint tins were amongst the more unusual items found.

April is also the month when the Club holds its AGM. This was on Monday 25th and was an opportunity for the various chairmen and officers to report on what has been achieved in the last 12 months. It is also the formal occasion for voting in members to serve on the Percy Laws Memorial Committee and delegates who will represent the Club at District level. The Treasurer has the unenviable task of proposing the subscription rate for the forthcoming year.

Members have donated items to make up chocolate hampers. These were given to a local Ukrainian group who are fundraising for aid to help Ukrainian war refugees. Rotary President Andrew Avery handed over the chocolate hampers to Christine Jaques from that group.

There was still time for leisure activities; two weeks before Easter several Rotarians and partners enjoyed what has become an annual walking holiday. This year it took place in the Cotswolds. The first game of the summer programme for the golfing members took place at Retford Golf Club on Thursday 21st April. Partners then joined the participants for a two-course meal in the clubhouse.