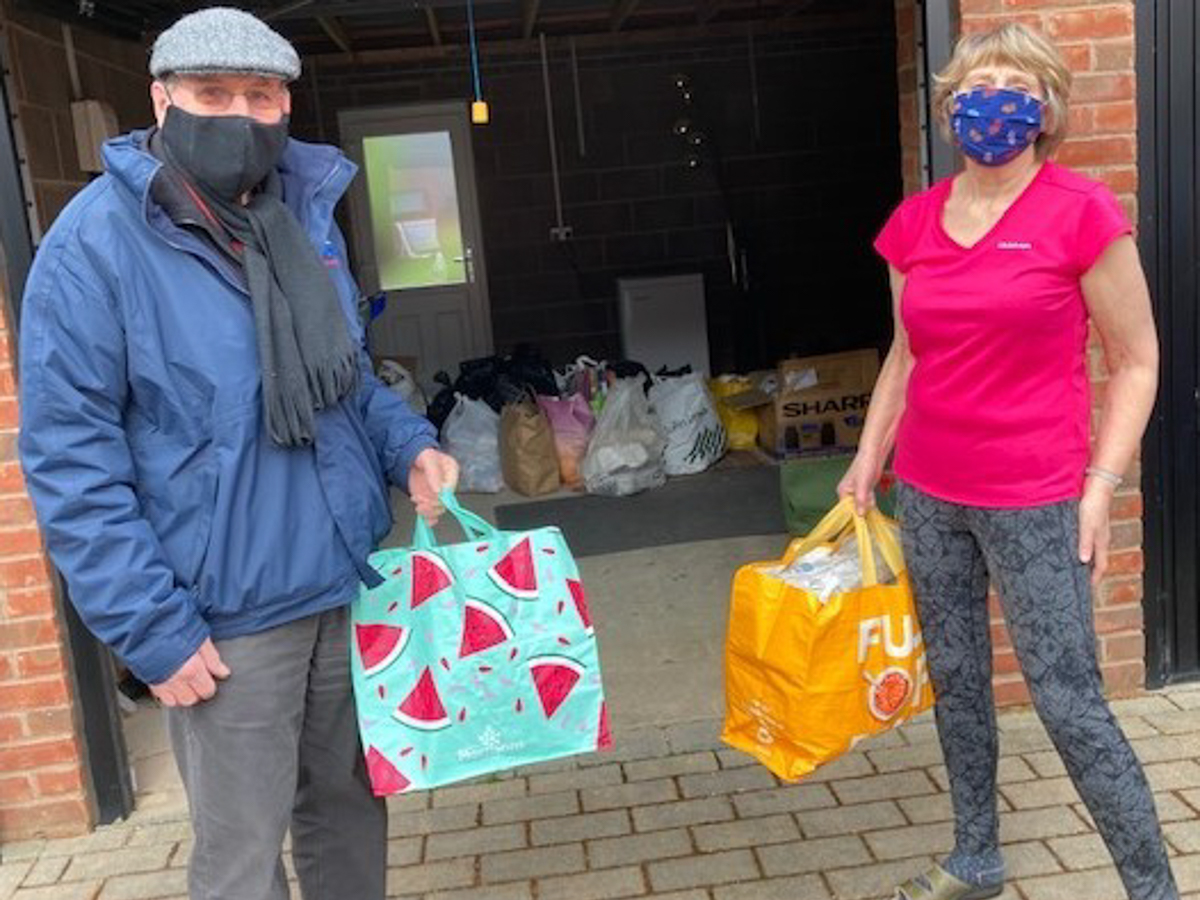 Rotary Club of Retford May 2021

As restrictions began to ease slightly in March, Rotarian and Club Past President Linda Cadman took the opportunity to collect unwanted but still serviceable shoes from members for the charity Shoe Aid. Shoe Aid, is based in New Basford, Nottingham There are a surprising number of both children and adults in this country who do not have suitable shoes and the charity is set up to help both these individuals and people in third world countries. Linda has stored the shoes in her garage. Vice President Geoff Matthews was a recent member to drop off shoes at her home.
Chairman of the club’s Percy Laws Management Committee, Rotarian and Past President Mervyn Waring and his team realised that the pandemic had significantly reduced the number of requests for their support. Therefore, to make use of the funds available £6,000 of their budget has been released back into the club’s Charity Account to match fund projects from the main service committees.
The two speakers at the Zoom meetings in March:
On Monday 15th it was the turn of new member Angela King to give her ‘Job Talk’. Ange, as she prefers to be called, now teaches at Orchard House School in South Leverton. She has already been involved in supporting the Rotary Club of Retford on several occasions with the school’s participation in the Young Artist Competitions and Remembrance Concerts.
On Monday 22nd the speaker was Air Commodore Jon Ford RAF (Retired). The story of his career is a fascinating and varied one. This included a role at one time, like Club President Adrian Sumner, as part of the nuclear strike role. Indeed, Jon was later involved in the ultimate deterrent once again when he was promoted to Air Commodore and posted to the Supreme Headquarters Allied Powers Europe (SHAPE) as the Chief of the Special Weapons Branch (Nuclear). He retired in 2008.