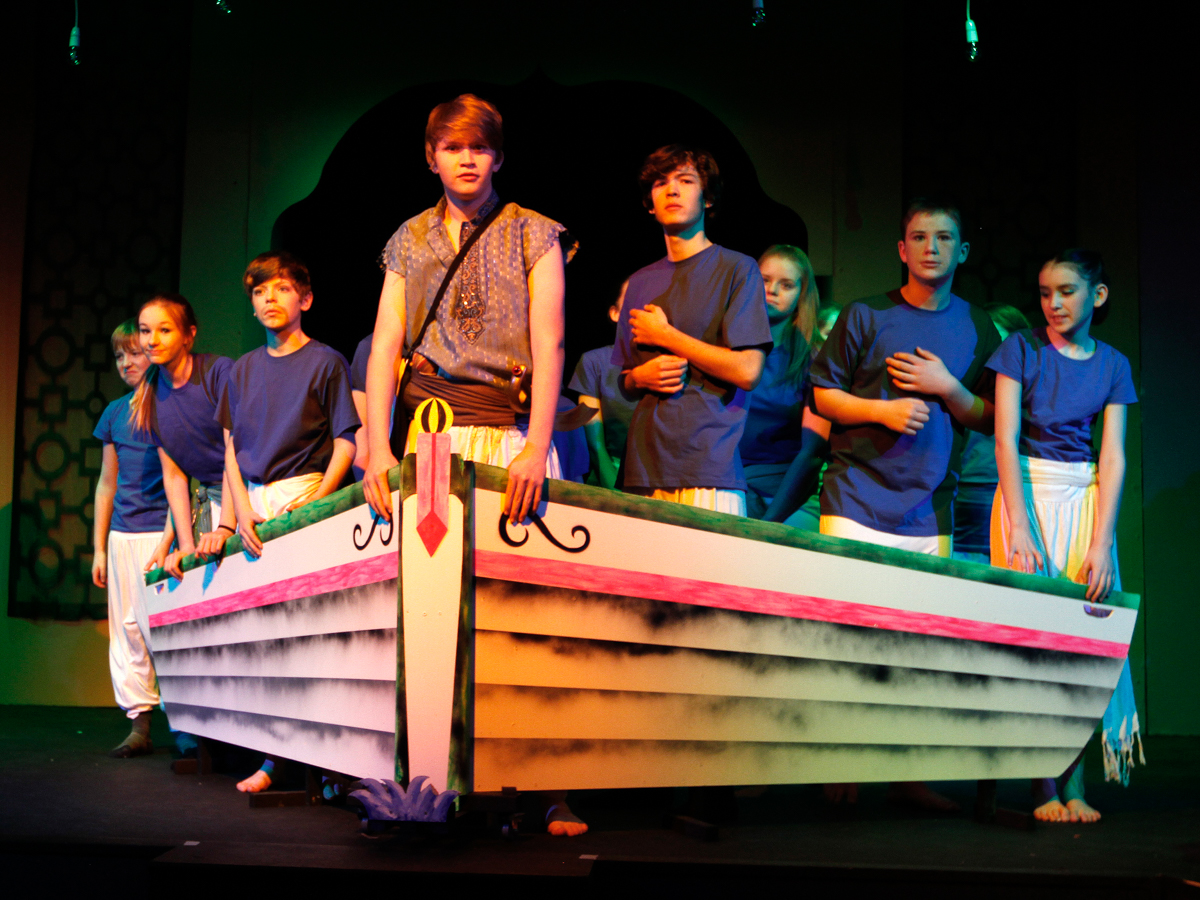 The RLT Youth Theatre group is now into its fourth year since launching in 2015. The youth group is based at The Little Theatre, a real gem of the Retford arts scene. The RLT’s aim is to give opportunity for children and young people to gain skills in the performing arts, grow in confidence and make new friends.

They meet each week on a Tuesday night and put on several high calibre performances over the year. Their most recent production in February, was another great success. The youngsters performed an adaptation of ‘Peter Pan’, adapted by themselves with plenty of their well-known quirky twists and turns in the plot: Peter and Wendy arrived in Neverland by flying bus!

Their first performance in 2015 was a challenging debut; ‘A Midsummer Night’s Dream’. The young members more than pulled it off and since then the group’s reputation has grown as has the waiting list to become a member. Since then they have performed; ‘Alice in Wonderland’, with songs, dances and lots of stripy tights; ‘The Storyteller Of Arabia’, their own colourful and comedic adaptation of ‘Arabian nights’; ‘The Gates of Retford’, a self-penned piece about the gates at The Ship Inn, which they went on to perform as part of Retford Heritage Day in the Town Hall last year.

The RLT Youth Theatre is directed by Victoria Evans, a drama and performing arts teacher and she is helped by a team of enthusiastic RLT members and parents; Victoria and the team are all volunteers. Victoria believes that a thriving youth theatre fires the imagination, gives children the skills and the creativity necessary to face the world, to understand it and perhaps to change it too. Creating theatre together builds team spirit, self-confidence, vocal and physical skills and creative thinking.

They currently have a dedicated group of 26 children, ranging from age nine to 16. The young people have developed in confidence, self-belief, talent and skill but also as committed and kind human beings, who know the importance of working as a team and looking out for others.

The Youth Theatre’s next project is ‘Romeo and Juliet 2039’; a modern adaptation of Shakespeare’s most famous tragedy. The city streets have been inundated with crime and violence amongst gangs, so children are sent away to school, to keep them from hurting each other. The scene is set in Verona Academy, 2039, and the old feud between Montagues and Capulets remains strong between this new generation. We all know what happens in the end, but go along and see how the group have re-created this timeless story. This will be performed on 21st and 22nd June, 7.30pm at The Little Theatre.