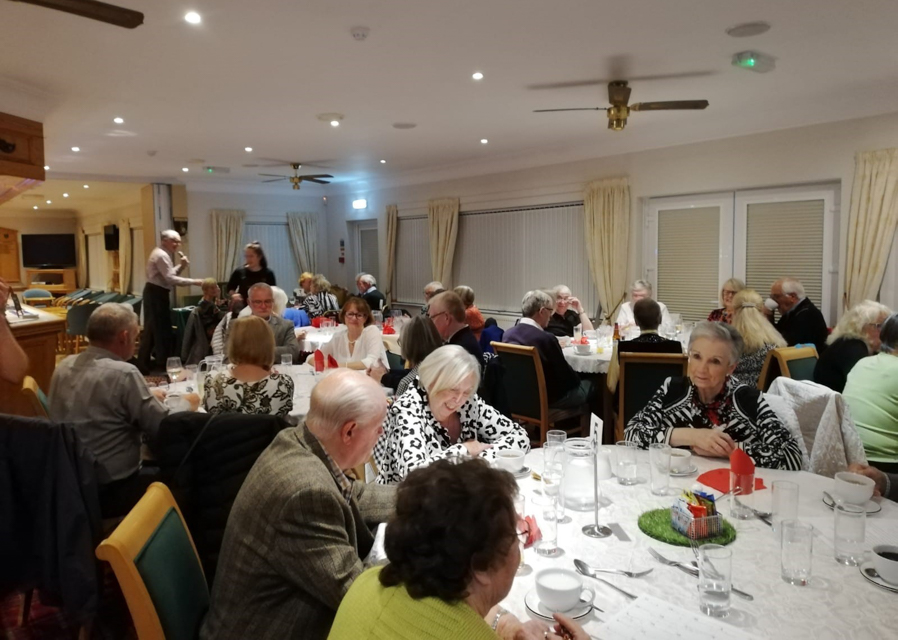 Retford u3a’s first ‘u3a Night Out’ on Friday 7th October was a real success. 60 members descended on Retford Golf Club, where they ate and drank the night away. The club did them proud with two full courses followed by coffee and tea.

Throughout the evening, eight tables of u3a members competed at pub bingo and struggled with a tough quiz set by member Sue Paul. Amazingly, it finished in a dead draw, with two tables calling bingo lines at the same time. Both tables took home cash prizes.

The event was voted a success. Look out for the next Night Out early in the new year.

October also sees the group welcome Leslie Taylor of Veolia PLC to the general meeting on 27th October to help untangle confusion about recycling. Veolia operates the recycling centres for Bassetlaw District Council. Members are hoping to understand how and why every local authority in Britain seems to have different rules about what can and cannot be recycled!

The November General Meeting is another good one, as the group welcomes the Worksop Ukulele Band on 24th November for a musical celebration of the end of 2022 and the start of the Christmas period. Given Retford’s close connection with America’s Pilgrim Fathers, it probably will not go unnoticed that 24th November is also Thanksgiving Day stateside!