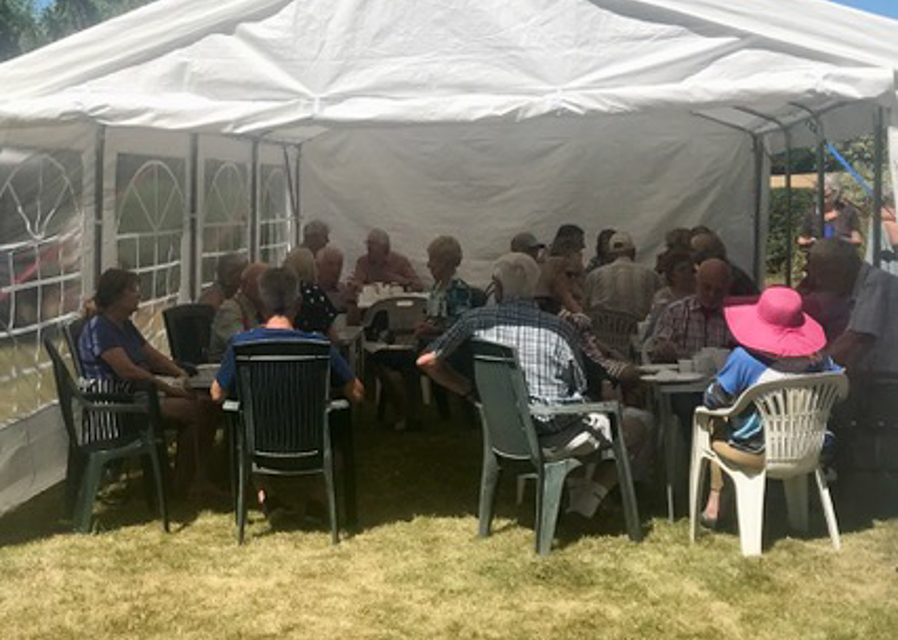 Despite the cancellation of one meeting due to the heatwave, July was a busy Rotary month for the Retford club.

The 10th was the Big Breakfast fundraiser, when cooked breakfasts were served to over 70 members and guests. Just over £600 was raised for the Bread Fund, a charity that the club supports on an ongoing basis for the education of primary school children in KwaZulu Natal, South Africa. Many thanks are owed to those who made the event so successful.

Following the generosity of the Retford public to the street collection for Ukraine earlier in the year, the Club sent a further donation of over £1,100 to the Rotary in Lviv to enable production of gel bandages for the treatment of burns, which is much needed at this time.

On 11th July, a speaker from Young Lives vs Cancer gave a truly thought-provoking and moving talk about the support that the charity provides to children and families going though cancer treatment. It is clear without this valuable support work the cancer journey would be far harder than it already is for the affected families.

The popular children’s sailing day at Daneshill Sailing Club returned this year and the 20th saw pupils from Leverton C of E Academy thoroughly enjoying their day of sailing with the Clubs.

The Annual 2 wood and 4 wood bowling competitions took place at Goosemoor Bowling Club. Two evenings of fun and friendship were enjoyed by all who attended.

Club members and President Geoff Matthews welcomed Glenys Brown into the Club this month. Glenys has transferred from Torquay, where she was a member for many years and was particularly involved and interested in youth projects.

Currently, the main thrust of work is planning for autumn fundraising events. The first big event is the Retford Rotary Music Festival, taking place during October in support of Bluebell Wood Children’s Hospice and the Rotary Club Charity Fund.

Performing at The Well will be RAF Waddington Military Wives Choir on 1st October, and on 8th October a brass band concert from The Pleasley Colliery Welfare Band. It’s going to be a Party Night at Retford Town Hall on 14th October with local band Giant Hogweed, and the Festival will finish on 22nd October with an afternoon showcasing the talents of local young people including The Mob, Be’Dazzled and The O’Dwyer Academy of Irish Dance UK at Carr Hill School.

Information on the events and ticketing is on the Retford Rotary Facebook page and website. It is hoped not just for sell out events, but that residents can enjoy music in the local community, and have some fun whilst supporting these worthwhile charities.

And finally…a request for donations of old towels! Retford Rotary is collecting (clean) used, and / or unwanted, towels to be used in sending hand-pumped water filters to disaster zones, conflict areas and refugee camps around the world by Aquabox – a Rotary charity founded 30 years ago by a Rotary club in Derbyshire. The filters give access to clean safe water for drinking, cooking, washing and effective protection against water-borne diseases. Please contact 01777 709888 to donate your towels.