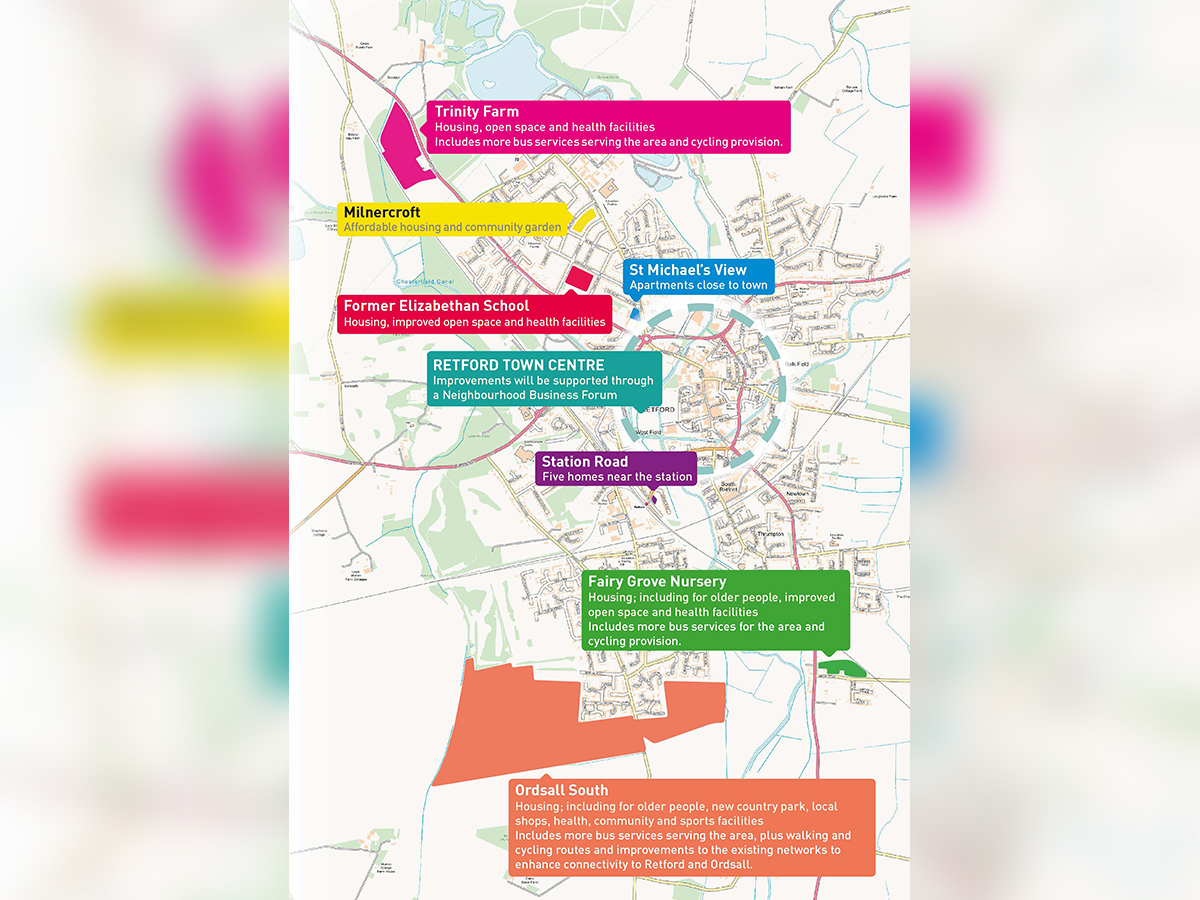 Retford residents urged to be part of plan consultation

Residents in the Retford area are being urged to have their say and sign up for a series of digital consultation events as part of the latest stage of formal consultation on the Draft Bassetlaw Local Plan. The Bassetlaw Plan sets out Bassetlaw District Council’s priorities for housing, regeneration and other development in the district up to the year 2037 and, following consultation in January 2020, this latest stage takes account of those responses and any changes made.
One of the biggest shifts for the Retford area is the proposal of six new housing sites including Milnercroft, The Former Elizabethan High School, St Michaels View, Fairy Grove, Station Road and the largest proposal, Ordsall South.
Following the last consultation stage two sites, the allotment at Leafields and the open space at Sandhills, have been withdrawn as a direct result of feedback from the local community. These sites have also been protected to restrict them to open space and allotment use for the future. The council also previously consulted on the Trinity Farm site at the edge of Hallcroft and this remains in the Plan.
The Government requires Bassetlaw District Council to plan for the development of at least 10,013 new homes in the district by 2037. The number of new homes proposed for Retford has increased to 1,181, including 800 new homes proposed for Ordsall and 244 homes for Trinity Farm.
Councillor Jo White, Cabinet Member for Regeneration at Bassetlaw District Council, said: “We fully understand that a development of 800 new houses will be unsettling for Ordsall residents and we want to reassure them that this proposed site will have a housing mix to meet with local needs. The number of older residents is growing so it should include bungalows, sheltered housing, affordable housing as well as family homes.
“Through the Local Plan, the Council also seeks to ensure that in addition to housing, this development benefits from a country park, which will be accessible to all Retford residents, as well as the essential roads and services, such as healthcare and walking and cycling routes that a development of this nature needs.”
“We would also like to thank everyone for the feedback that we received as part of consultation in January 2020, which helped to identify that the Leafield and Sandhills sites were not suitable for development.
“The Government have told us that we need to build 10,013 new homes before 2037. If we do not deliver these targets the Government may simply allocate development land through proposed housing legislation and allow developers to build even more houses without consulting the local community. The land south of Ordsall has been identified as the most suitable location and by taking this through the Local Plan, we can ensure that residents can have their say and that essential infrastructure and additional community facilities are delivered.”
To learn more about the Draft Bassetlaw Local Plan, have your say and register for digital consultation events that specifically cover Retford and Ordsall, please visit www.bassetlaw.gov.uk/bassetlawplan where you will find a list of events and information on how to register. You can also speak with a Planning Officer by calling 01909 533 533 and saying Local Plan when prompted.
The consultation was launched on 25th November and residents have until 20th January to submit their comments.