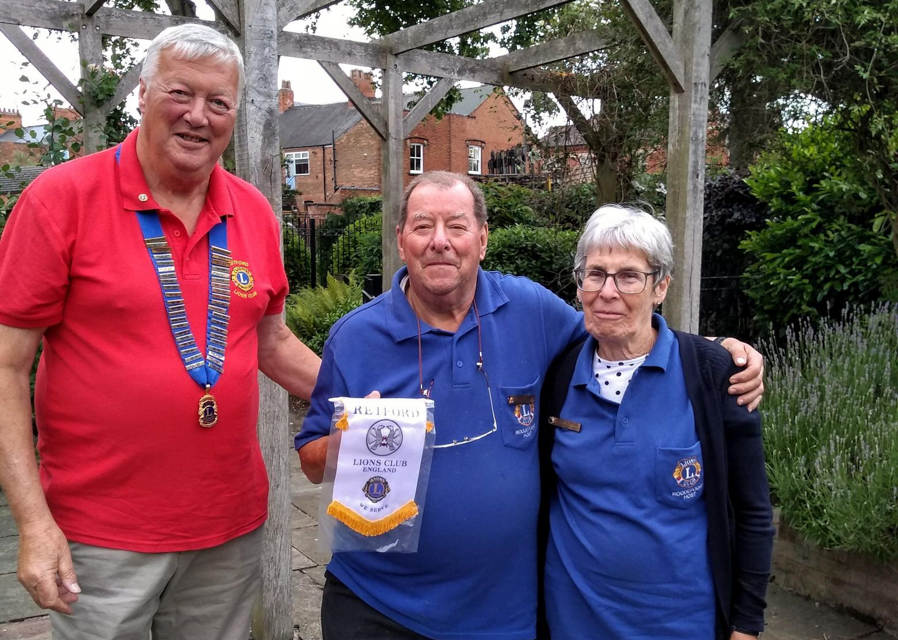 In July Retford Lions met in person outdoors for the first time in nearly a year. Whilst Zoom calls get the job done, face-to-face interaction makes the group realise what they have missed.
They were joined at this meeting by two Lions who are visiting the UK on holiday, Jenny and Ivor Clifford from Johannesburg Lions Club in South Africa. One of the 48,000 clubs and 1.4 million members of Lions, Jenny and Ivor were able to inform the Retford club of their charity work and they were able to compare notes on common charitable works, including feeding those in need and work helping with vision disabilities. Most Lions groups collect spectacles which are no longer required, they are checked and sorted, then distributed to third world countries to be used again.
The club also met indoors for the first time in a while in July.
On Wednesday 11th August it is-Retford Lions’ Golf Day – known as the Ted Waterfield Memorial tournament. This year they will be supporting the Air Ambulance, CALM, Bassetlaw Hospice and Bluebell Wood Children’s Hospice.
Stop press: On 26th February 2022, Retford Lions will be presenting a 60s night with original artists at Retford Majestic Theatre. Top of the bill will be Dave Berry and the Cruisers, with Chris Farlowe and Vanity Fair. Watch the Majestic publicity for more information and details of how to book.