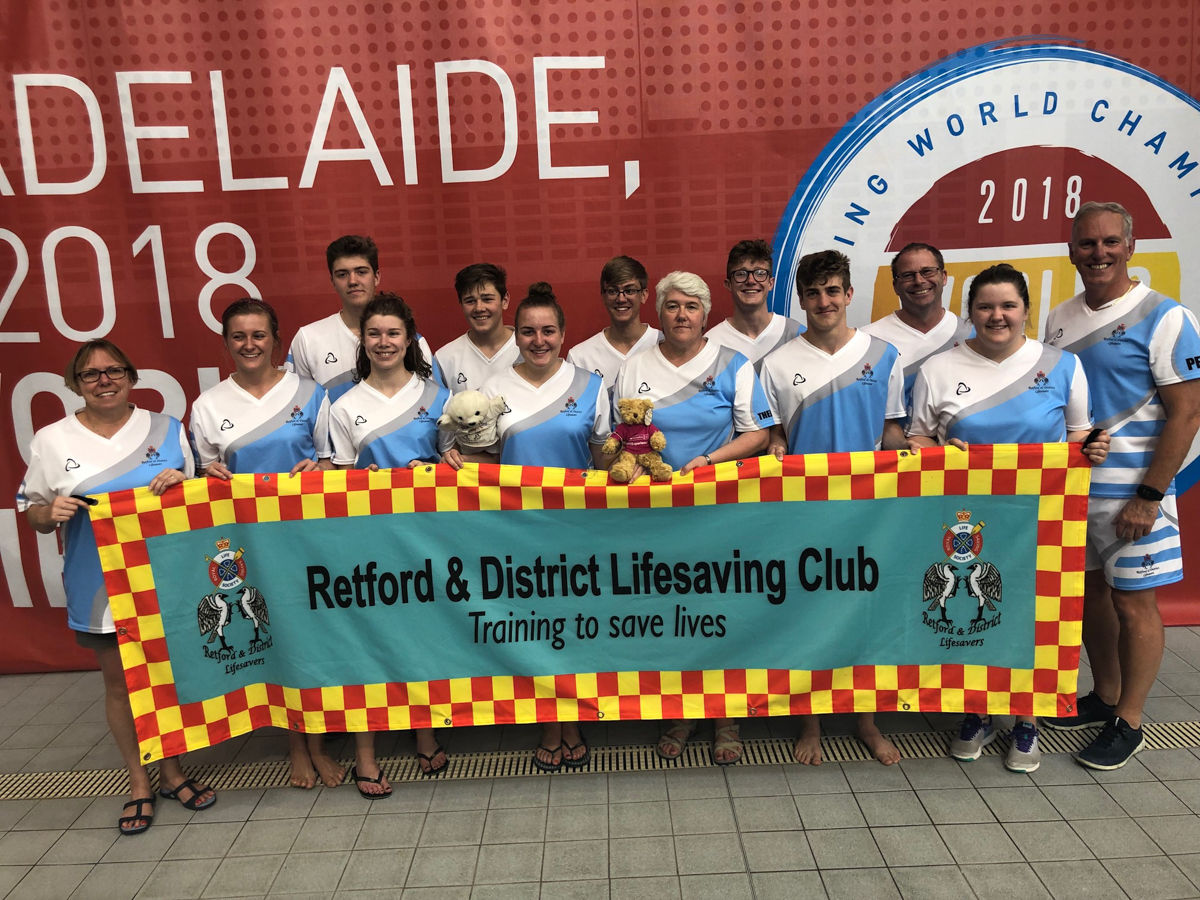 Retford lifesavers strike gold down under

Local lifesavers, who regularly attend Retford Leisure Centre, have returned home with gold after competing in the 2018 Lifesaving Championships in Australia. Held in Adelaide, the event sees more than 7,000 people from across the globe compete in categories across beach events, ocean and swimming pool races. These races often involve swimming long distances underwater and recovering mannequins which can weight up to 50kg, echoing the experience of a real rescue.

The first gold for Retford was won by the Youth SERC (Simulated Emergency Response Competition) Team, made up of Jessica Newton, Jordan Ferguson, Ruth Moore and Benjamin Tomlinson. SERC is widely considered to be the premier lifesaving skills event.

Team captain Jessica said: “Once you arrive at waterside, you have to assess an unknown casualty situation in the water, there is just so much pressure as the clock is ticking. In real life these seconds could be someone’s life, in competition we felt the pressure of competing against the world’s best in the public eye. On the day, our team just worked so well together, the many Saturday mornings training at Retford Leisure Centre have certainly paid off.”
The second gold came from two-man team Benjamin Tomlinson and Samuel Templeton in the Line Throw. The pair raced against the clock to throw a 12.5m rope with precision and recover a casualty from the water. Masters Line Throw women’s team Theresa Tomlinson and Karen Atkin-Moore won the bronze in their event.

Retford and District Lifesavers Chairman and Head Coach Pete Moyes said: “We are a small club in a land-locked area of the UK andhave competed against some of the most famous beach lifeguard clubs in Australia where lifesaving is the largest beach sports activity. Not only did they perform, our team has also returned having broken national records.”
For those interested in gaining lifesaving skills or just joining the sessions, call in on a Saturday morning at Retford Leisure Centre from 9.00am and meet the team, or visit www.retfordlifesavers.com.