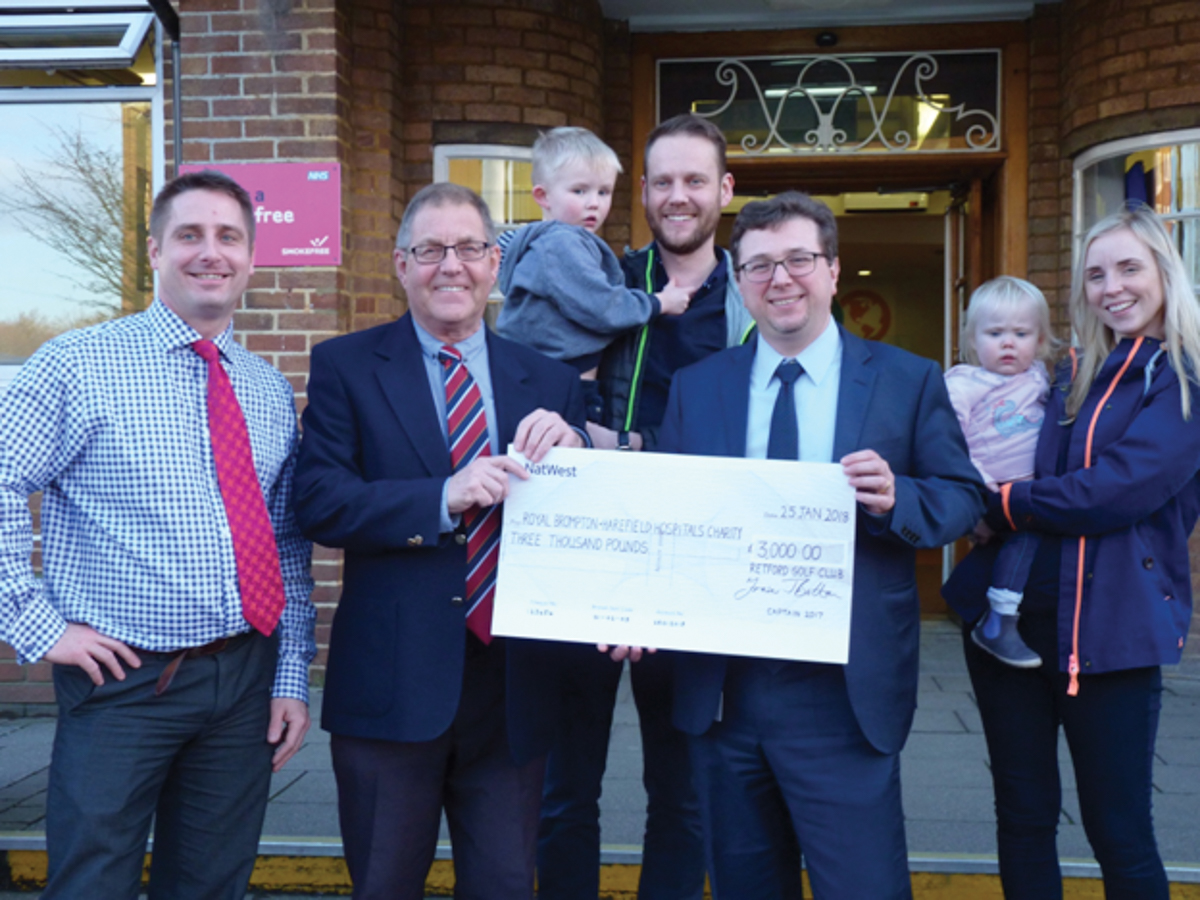 Retford Golf Club Captain 2017, Fraser Britton, has presented a cheque for £3,000 to Harefield Hospital.
Fraser’s chosen charity during his Captain’s Year was Harefield Hospital. Fraser chose this charity for a very personal reason.

On honeymoon in December 2012, his son Andrew, a former Ordsall Hall student, caught a virus which attacked his heart, causing six cardiac arrests. This happened in the Maldives and he was flown to Bangkok, which had the nearest heart hospital capable of treating him. After six weeks he was well enough to be flown home and was admitted immediately to Harefield Hospital, where doctors told him he would need a heart transplant.

Ten months and a ventricular assist pump later, he had a transplant on his Mum’s birthday. Since then he has gone from strength to strength, back to work full time and the father of two children.

Without the skill and dedication of the team at Harefield and the amazing courage and generosity of the donor’s family Andrew might not have survived. Retford Golf Club is proud to have raised money for such a good cause, and is proud of its continuing commitment to fundraising for the Captains’ nominated charities each and every year.