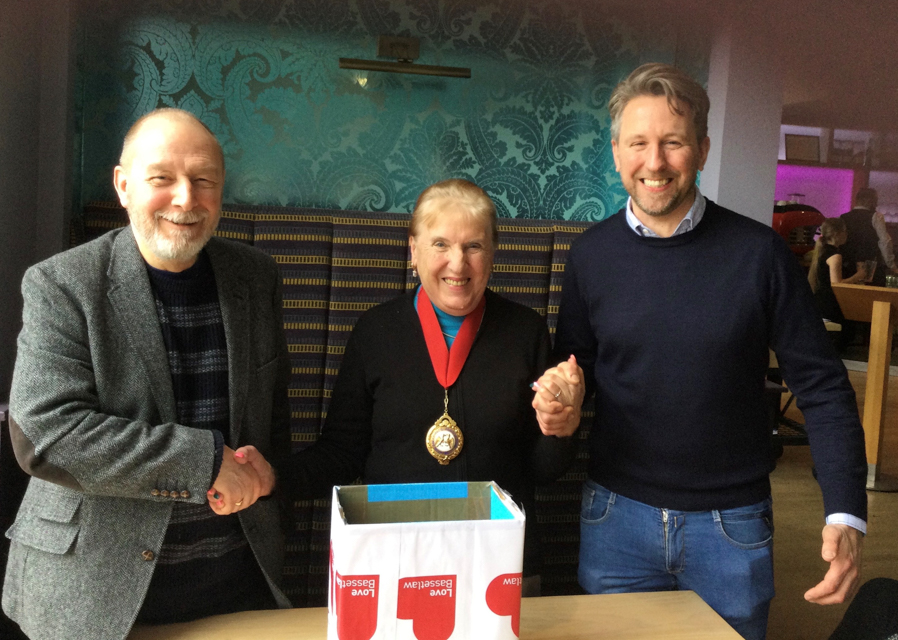 Retford Mayor, Councillor Carolyn Troop, kindly drew the winner of the February Retford Free Prize Draw on Saturday 5th March. There were 76 entries received, and this was part of the Love Bassetlaw promotion organised by Bassetlaw District Council with the Welcome Back fund.

Retford Business Forum (RBF), in partnership with Bassetlaw District Council, offered a free prize draw to win a chocolate hamper from The Chocolate Kitchen. RBF encourages people to visit Retford, and to shop locally – when they find out how great it is, they keep on visiting!

The draw was carried out at Spencer’s on the Square, overseen by owner, Charles Johnson, and Retford Business Forum Chair, Rick Brand. The winner, Linda Sheppard, was later presented with her prize at The Chocolate Kitchen on West Street, by Retford Mayor, Councillor Carolyn Troop.

RBF is also grateful for the support received from Bassetlaw District Council (BDC), and all the visitors to Retford Town Centre who took part and who help to make Retford such a great place.

Information about Retford Business Forum can be found at www.retfordbusinessforum.org.uk.