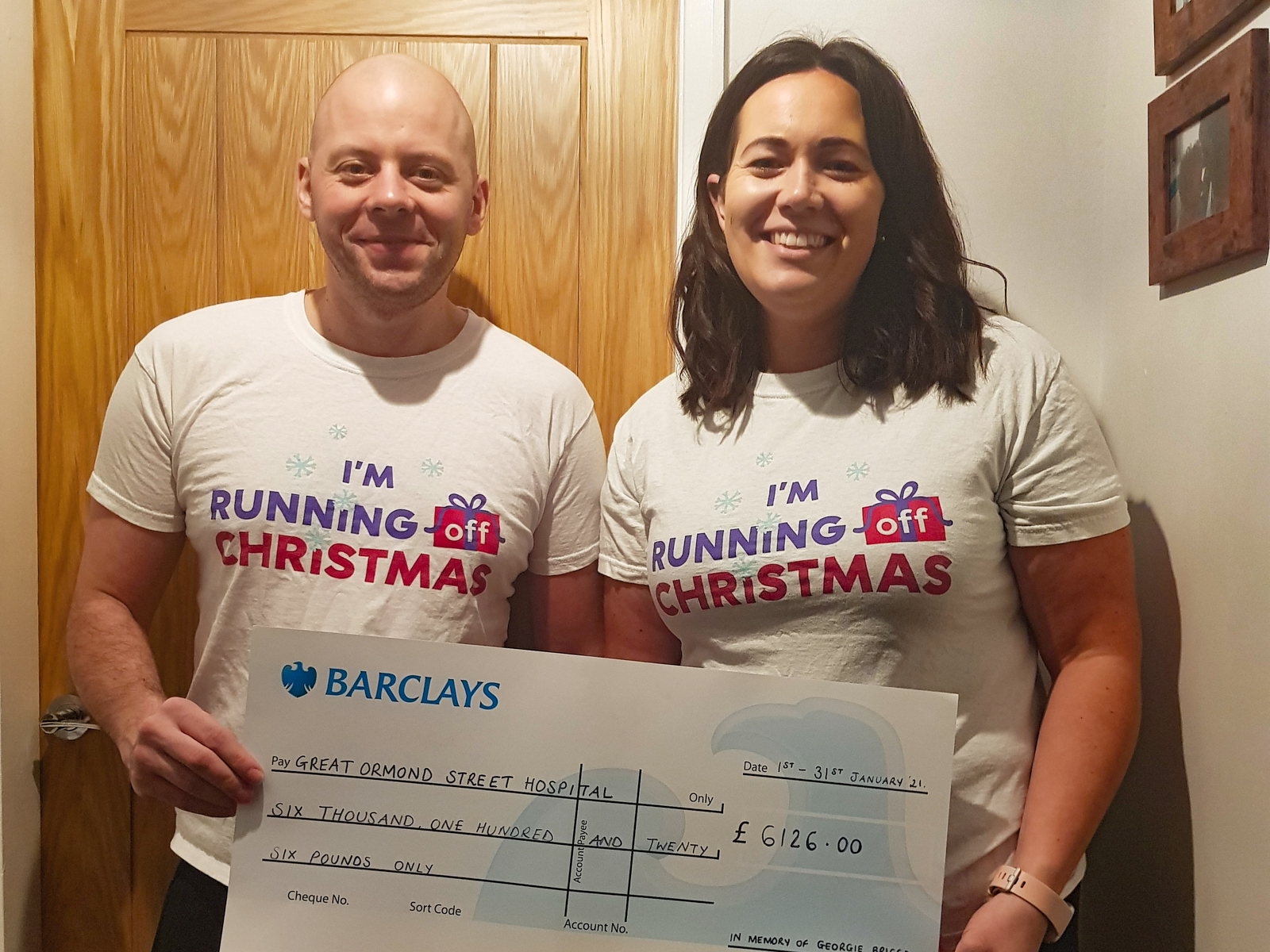 A Retford couple, Mathew and Hollie Bee have, raised over £6,000 for Great Ormond Street Hospital in memory of their niece, who sadly passed away at only a few weeks old. They began fundraising after Hollie’s sister Rachael gave birth to Georgie early and with complex needs in December.
Hollie said: “My sister, Rachael Briggs, was due to have her baby on 5th January. She is married to Ben and they have a little boy, Jaxon. She was due to have a little girl. At a routine 29 week growth scan, something was found on the baby’s brain at Bassetlaw Hospital and she was transferred to Jessops in Sheffield. Even too complex for them she was put under Great Ormond Street Hospital (GOSH). She had a team to help manage and safely bring her daughter into the world. Georgie Briggs was born on 7th December 2020! She had a major operation to cure this problem at two days old (which the consultant had only ever seen nine times before) and she survived the operation and was beginning to make good progress, however things took a turn, she developed infections and needed another emergency operation. Sadly, Rachael and Ben were told to prepare for the worst and devastatingly, on 22nd December Georgie died.
“Myself and my husband, Mathew, were originally going to take part in Great Ormond Street’s Running Off Christmas campaign to raise money for her care, sadly now we raised it in her memory.
“On behalf of all the family, we would just like to say how remarkably well Rachael and Ben have handled the whole situation. They have made us all so proud. We would also like to thank all our friends and family for all of their kind messages, and donations. We are blown away by the amount we have raised and we take comfort knowing how much has been raised in Georgie’s memory as we have seen first hand where the money will go. We will never forget our precious Georgie.”