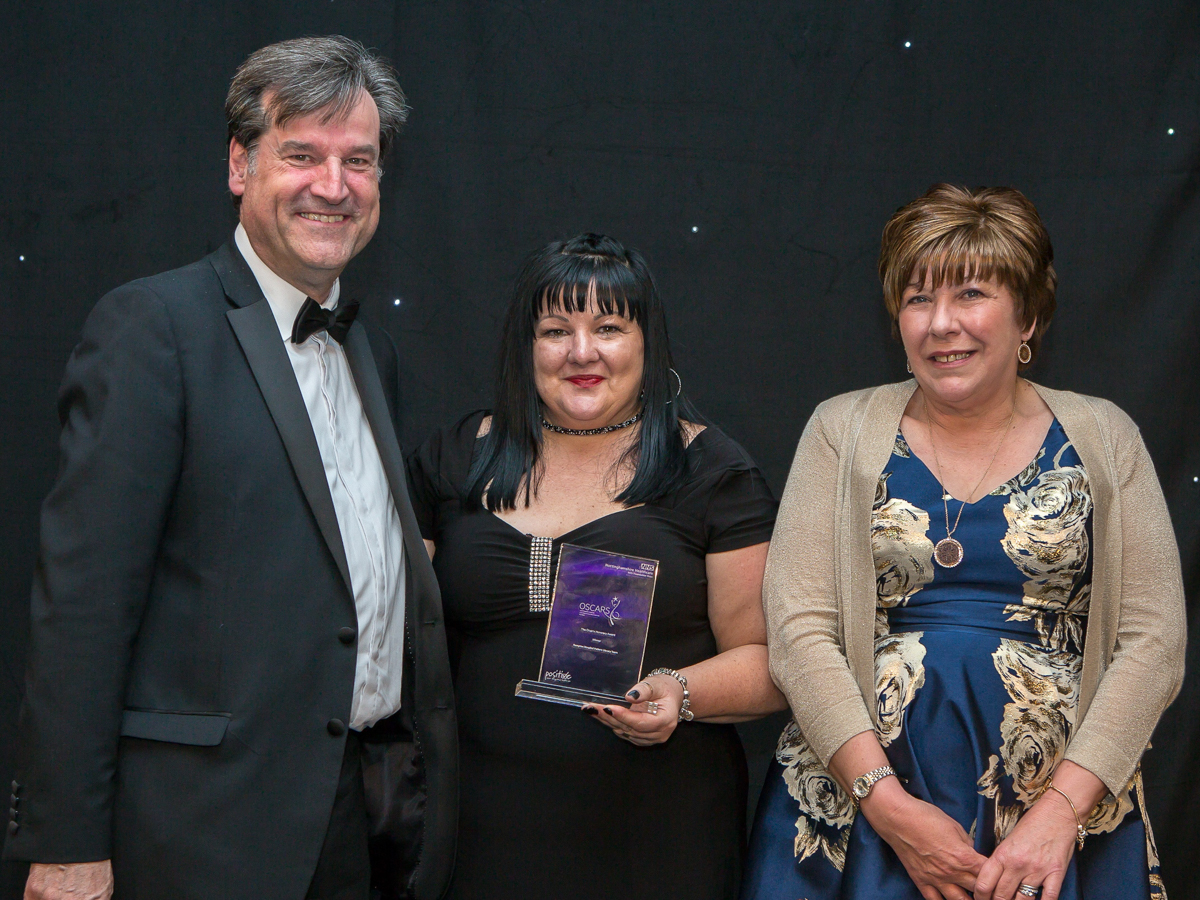 by Nottinghamshire Healthcare | 13 May 2019 | Notice, Retford

Staff from Rampton Hospital have scooped three awards and were honoured for their work at an awards ceremony.
The Outstanding Service Contribution and Recognition Scheme (OSCARS) is hosted each year by Nottinghamshire Healthcare. It recognises and rewards staff and volunteers who have gone the extra mile to deliver high quality healthcare services across the city and county.

There were nine awards up for grabs including, unsung hero, team of the year, lifetime achievement and a special honorary award.

Among the winners was Neil Scully, a technical instructor at Rampton Hospital, who won unsung hero of the year.
Neil has worked at Rampton Hospital in the Assessment Unit for most of his 30 years at the Hospital. He works with newly admitted patients and those requiring high levels of support. As part of a team, he puts plans in place to help patients access a range of therapeutic groups and vocational activities that will improve their self-confidence, helping them to reach their potential and ultimately move forwards.

Neil has developed a number of creative ways of assessing patient’s skills and abilities in a collaborative way using sport, music and vocational activities. He has also been instrumental in creating 1912; a band in the hospital that plays at regular leisure events and which often involves patients to encourage them to express themselves through music.
Neil said: “I enjoy being part of a great team who respect and support each other. I believe this creates a positive environment that patients and staff thrive on. My highlights of working are witnessing patients moving on and knowing that your team has contributed to their success.

“I am astounded to have won! I’m both grateful and surprised that someone has taken the time to nominate me and say such positive things.”

Also winners on the night were staff from Hambleton Ward, a 10-bedded treatment ward for male patients with a personality disorder at Rampton Hospital. The ward won team of the year after being nominated by a patient.
In their nomination, the patient praised the team for helping to turn his life around, preventing him from taking his own life at a time when he lost all hope.

A special Chair’s Honorary Award went to the Rampton Hospital Patient Library Team, presented from time to time for an outstanding achievement that deserves recognition.

On the night, the patient library team were praised for their positive attitude and aspirations to provide a good service. The huge number of heartfelt patient nominations they receive every year makes it clear how much the Patient Library Team means to patients at Rampton Hospital.