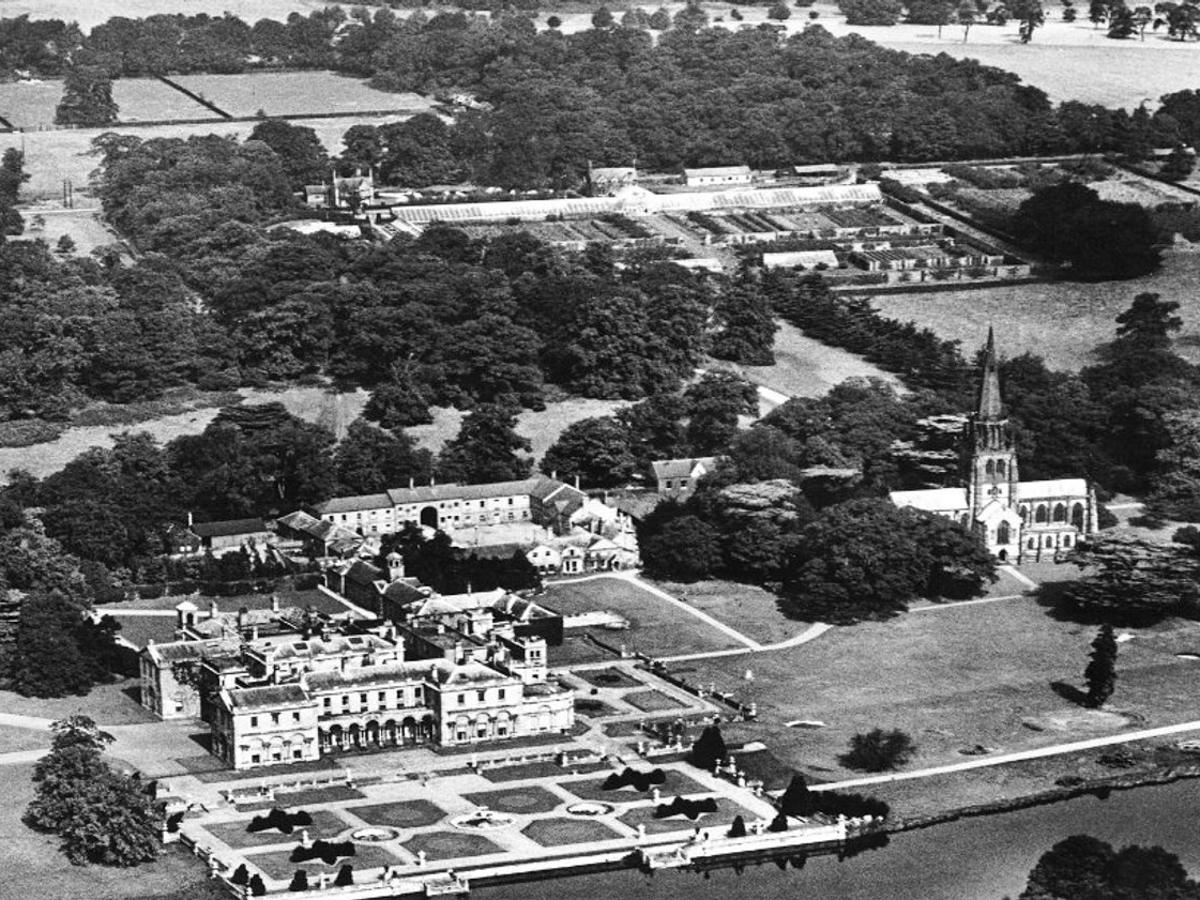 In an attempt to find out more about the magnificent but lost ‘Clumber House’, the National Trust will be holding exciting public archaeology digs on the mansion site this summer. Despite Clumber House being one of the most impressive buildings in the country during its heyday (the late 18th and 19th centuries), the National Trust holds very little in the way of material culture from the building as it is believed that that the house and gardens was stripped of all its masonry and fittings prior to its demolition.

The mansion site was the subject of an archaelogical dig in the 1970s and in 2016, but so many questions still remain. We will be attempting to answer some of these questions this summer in their publicly assessible digs. Here’s a bit of background information.

How do we know where to dig?
The documentary evidence for the mansion is pretty good, and we know from looking at historic photographs and maps exactly where the house previously stood.
Following 1970s archaeological excavations, the outline of the house was also picked out in stones.

What do we expect to find?
Rather excitingly, this is an unknown quantity. However, we are hopeful that we will find pottery, walls and artefacts. The 2016 dig revealed floors, walls and cellars. Perhaps even more excitingly, cellars were discovered during an archaeological dig in 2016 — finding out the condition of these is one of our goals, and whether or not they are still accessible.

Can visitors get involved?
We are still very much in the planning stages, but we are hopeful that there will be elements of visitor participation. We will also be holding concurrent events, including activities for children in the Discovery Centre with an archaeology theme.

A history of the Mansion and previous archaeological excavations

1768 to 1778 — The house was created for the 2nd Duke of Newcastle by architect Stephen Wright. Wright extended a hunting lodge which was already on the site, and added square wings at each corner, which contained spacious new apartments. The south front which faced the lake was ornamented by an Ionic colonnade and surmounted by the family arms.

The archaeologicial digs and related activities will be taking place between Wednesday 25th July and Sunday 29th July, from 10.00am to 3.00pm each day. Clumber Park, Worksop S80 3AZ 01909 476592
*Source National Trust Website.