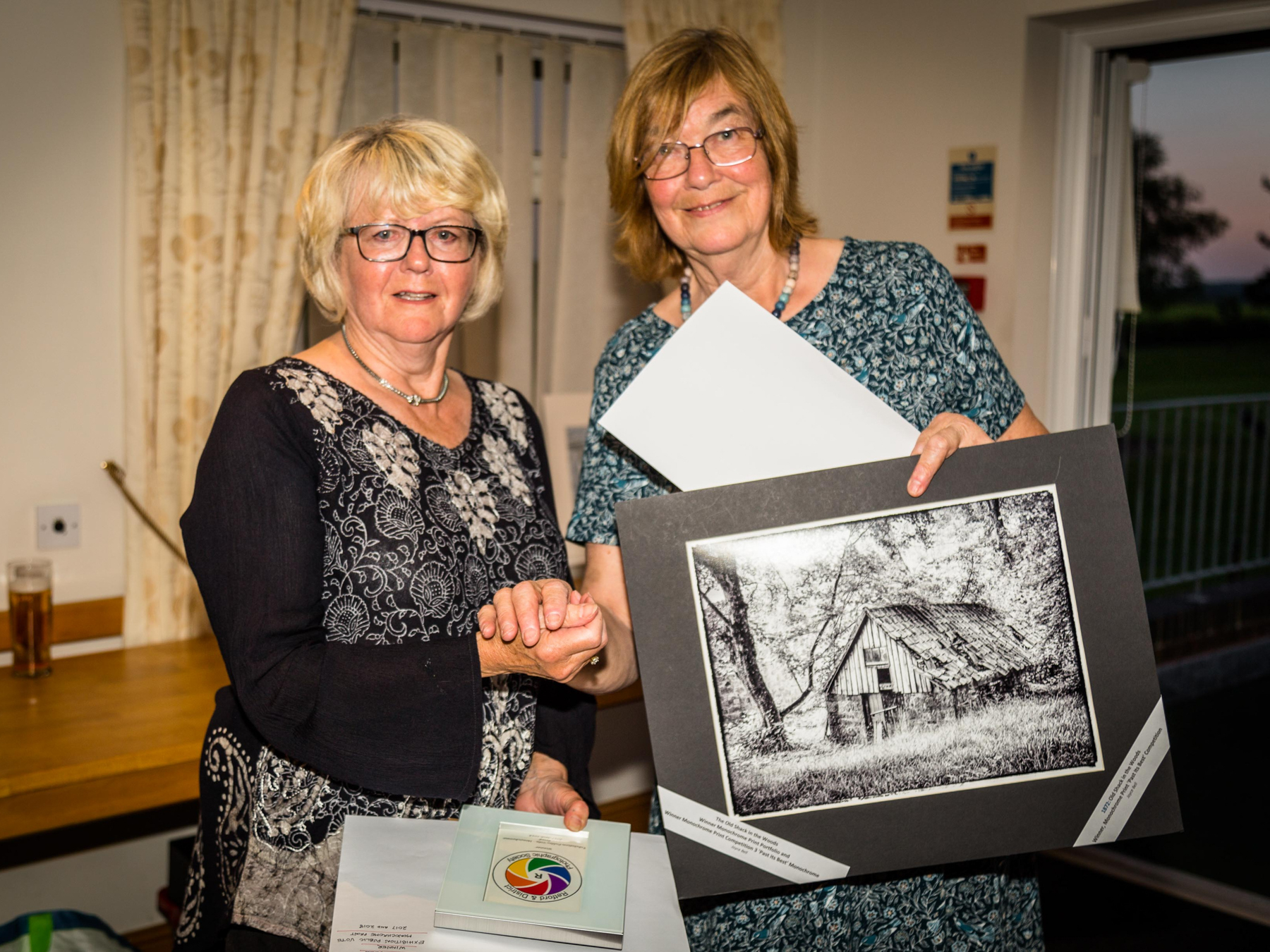 Retford and District Photographic Society President, Jenny Smith had the pleasure of making the club’s presentations at the recent annual dinner at Retford Golf Club. The top award, Photographer of the Year was presented by Geraldine Matthews, President of the Rotary Club of Retford, to Des Lloyd who won outright this year, having been joint winner in 2017.

Des won the award for a consistently high standard of entry in the qualifying competitions held by the club throughout the year. He is known in the club as a superb wildlife photographer, blessed with the enormous dedication and patience required to excel in this field, where the subjects have to be found before they can be photographed, and only then at times of their choosing. He fought off strong competition from other members whose work has been steadily improving in recent years. Joyce Bell in particular seems to be developing a very strong technique in both capturing and printing first class monochrome images.

Club members and friends gathered for the presentations, which included photo frames for both Des and Joyce whose images were voted their favourites by the visitors to the club’s annual exhibitions in both 2017 and 2018. Congratulations to all the winners and in particular the people who have won in one of the categories for the first time this year.

The public will be able to view on line entries in a new competition being held this summer. Members can post images of any subject taken between May and August on the club Flickr site. Members attending on the first night will be able to vote for their favourite image, from those posted by the closing date of 31st August.

There is a warm welcome awaiting anyone coming to join the club for the new season ahead which will run weekly from Monday 3rd September until May 2019 at St Joseph’s Church Hall, Babworth Road, Retford on Monday evenings at 7.30pm. Just come along or contact the club via their website, www.retford-photographic.co.uk, and members will look out for you.