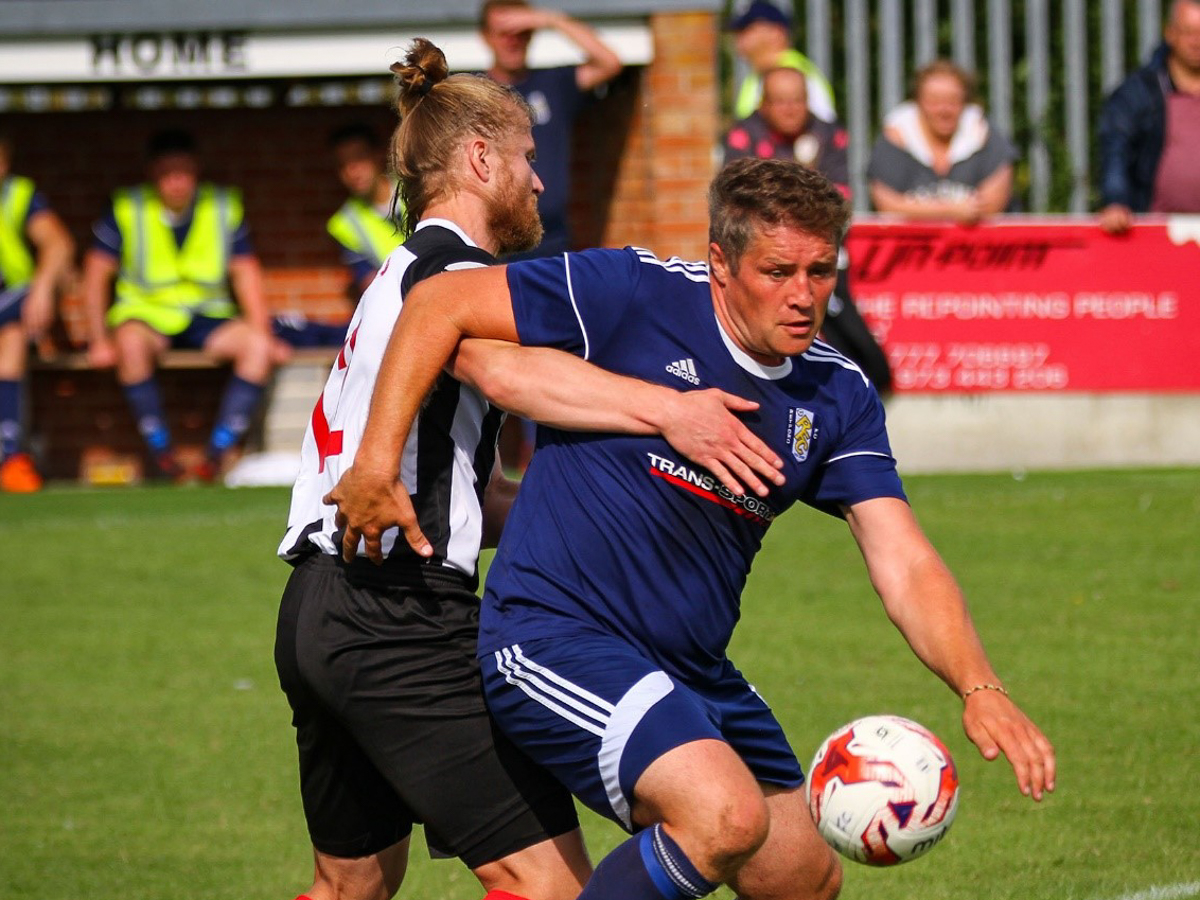 Retford FC have made the perfect start to life in the Northern Counties East League with their first two games ending in victory. They started the season on the road away at Rossington Main, a 1–0 win thanks to a goal from Shay Evans-Booth ensured that the Choughs would return to the Rail Ground with three points.

Next up was a tricky match against Brigg Town at home. Brigg had won their opening game 6–2 the previous week, but Retford were quick off the mark, Evans-Booth netting again early in the first half pouncing on the rebound after Will Tomlinson’s penalty was saved.

Evans-Booth then went on to score a hat-trick and a goal from Adam Scott rounded off the win to put Retford top of the table with a 4–1 victory.

The match also saw two players make their half century of appearances, Adam Scott and Oli Bilham both playing their 50th game for the club.

It has been a busy time at the Rail Ground as League Two side Swindon Town made a visit before their first game of the season to use the facilities to train before they went on the next day to beat Scunthorpe United.
As August draws to a close, the Choughs face a tough match at home to Barton Town in the FA Vase (31st) before they are back on their travels again in September (7th) away at North Ferriby FC.

For a full list of fixtures and all the latest news, please visit www.retfordfc.co.uk.