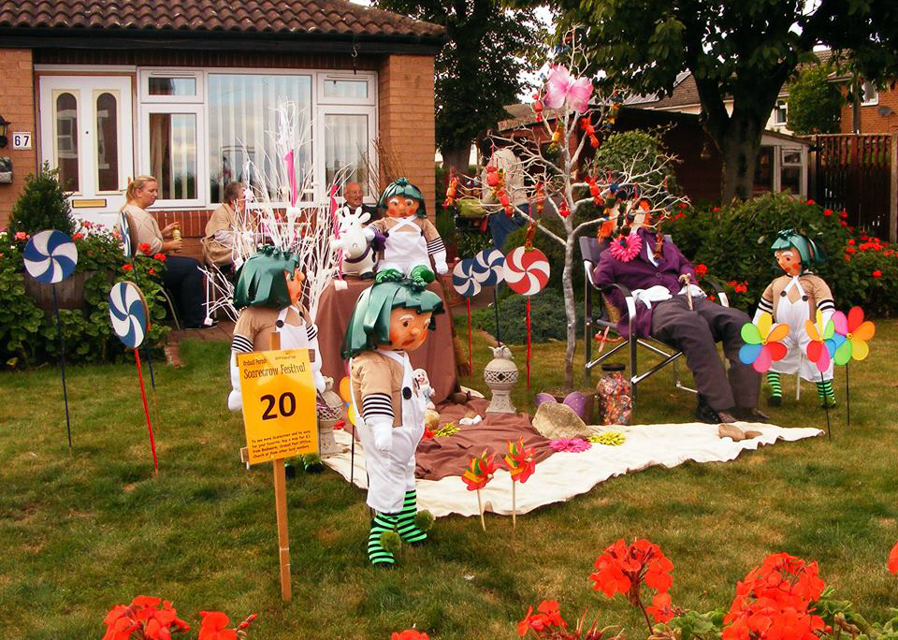 Organisers hope you enjoyed the delayed Ordsall Summer Fair at the end of July, which at the time of writing is still scheduled. Anyone eager to see Rat Choc Chip will have been disappointed as they could not do the later date having been booked for an earlier date. Nevertheless, there was plenty for the younger generation.

Ordsall Parish Scarecrow Festival is back for its 13th year!
Calling all scarecrow makers in and around Ordsall. It’s time to get stuffing those pillow cases and messing about with straw as things begin to gear up for this year’s Scarecrow Festival. Over the weekend of 11th and 12th September, scarecrows will be popping up in front gardens, school playgrounds and pub car parks across Ordsall.
You can join in too by making a scarecrow to show off outside your home or maybe the club or group that you belong to. To get your scarecrow onto the Festival maps they need your registration form to arrive at Scarecrow HQ no later than Saturday 21st August.
It’s free to enter a scarecrow and you might even win the ‘Most Popular Scarecrow’ competition if the public vote goes your way. Register today by emailing allhallowsordsall@hotmail.co.uk or call 01777 702515.

Live & Local
Those who booked for the country and western show, Jonny and Lynnette, in June at Ordsall Parish Hall will know it was postponed to Saturday 2nd October. Bookings are open if you contact Peter and Shirley on 01777 706433. The duo have a big following and tickets are sure to sell well.

In the next issue they will be able to tell you about the Live & Local shows booked for late autumn 2021 and into next year. They have bid for four shows, one of which will be this November or December. It will be a very welcome return to these highly rated performances by a variety of music and drama artists.