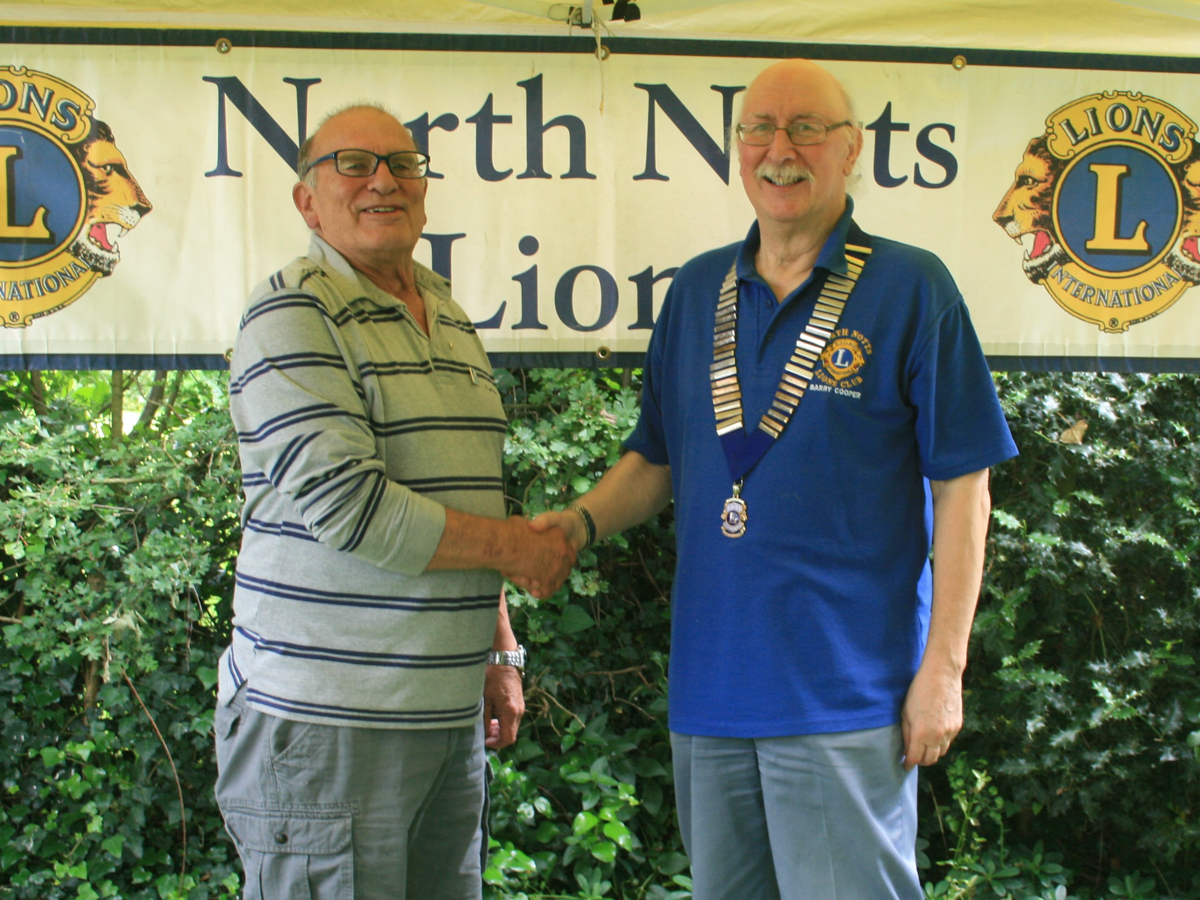 Outgoing President Mel Blacknell has handed over the North Notts Lions’ president’s chain to Lion Barry Cooper for the year 2019-2020. Lion Mel said that he had a successful year as president and thanked all the members for their hard work over the year.

Lion president Barry said that the coming year was a milestone in the club’s history as this was its 50th anniversary. He looked forward to an exciting year, with new fundraising ideas as well as old favourites, such as Santa’s sleigh at Christmas. All the money raised will go back to those who need that extra helping hand.