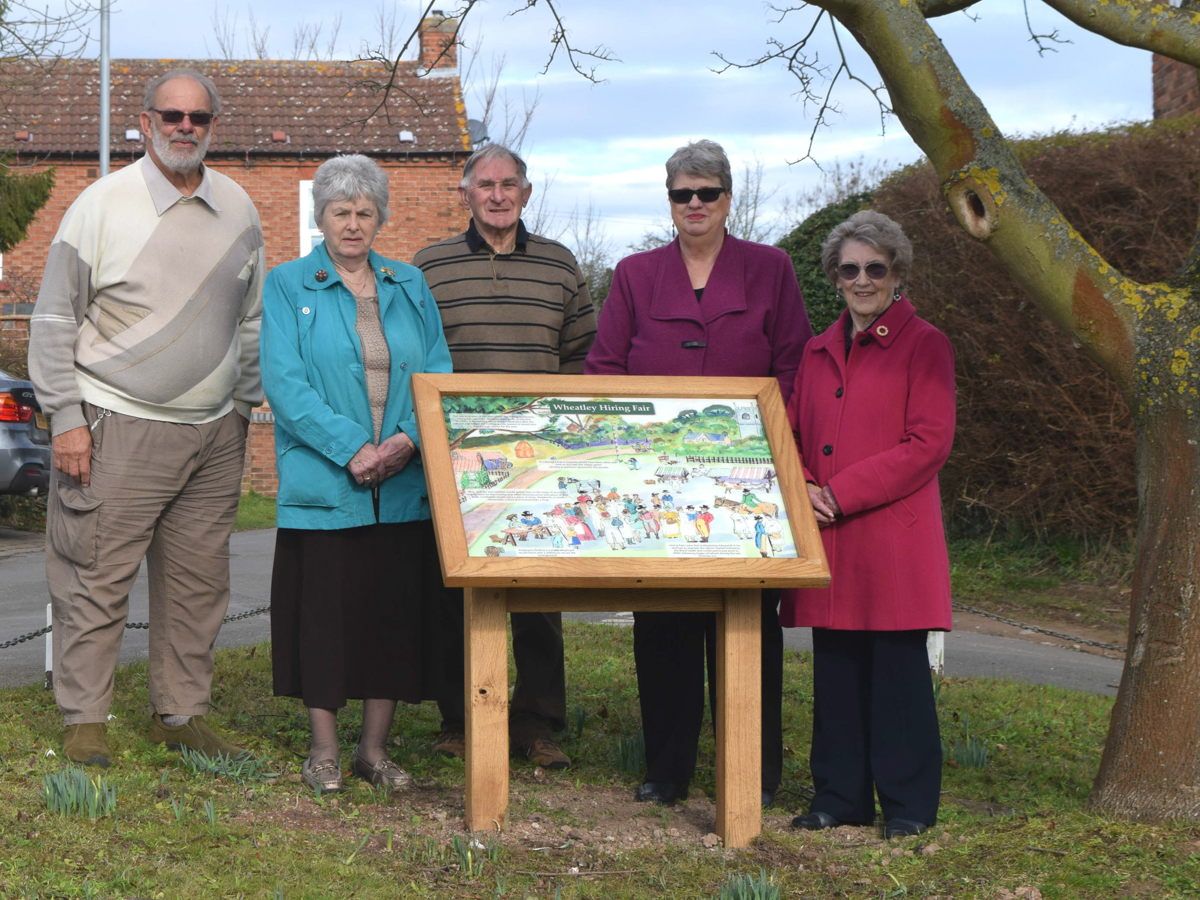 After a number of months in the planning, designing and financing, an illustrated lectern has been erected on the old ‘Hiring Triangle’ in Wheatley. In a joint project, Wheatley Local and Family History Society and the Parish Council have marked the site of the village hiring fair. The design of the board was produced in Wheatley and it includes illustrations of parts of the village in times gone by. It also explains why the fair was so much an annual part of village life. The activities described date back to the reign of Edward III, in the 1300s, and they continued in various forms until less than 100 years ago.

Next time you are on Top Street, North Wheatley make time to stop and have a look. It is also close to the bypass. If you would like to know more about sites and activities such as this in the village then why not go along to the society’s meetings. Details of these appear regularly in Retford Life or www.sturtonward.org.uk/wfhg-forthcoming-events.