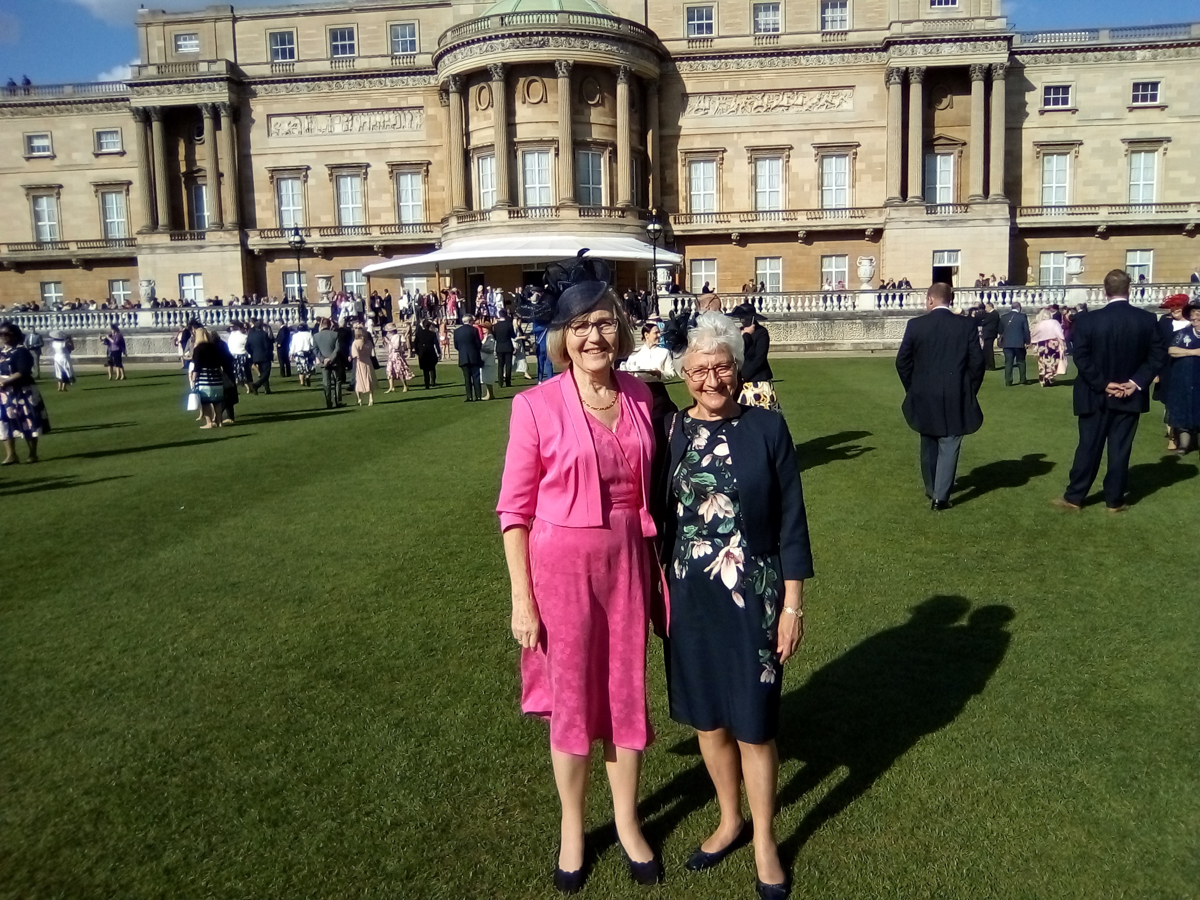 They helped form the association at a time before there was support for those affected by MND and from their initial work the association has grown, in size and stature, to support many, many people.

Jenny’s first husband Roger was 29 years old when they discovered he had MND. Their children were aged one and three at the time and for a young family to cope with MND was a struggle. Ann was the association’s first secretary and initially the entire operation was organised from Ann’s home.

Jenny and Ann are still active as volunteers and supporters 40 years on. Jenny is an association visitor for the Nottinghamshire branch of the MNDA and a key member of the Retford support group, which she helped set up about four years ago. Jenny continues to organise and attend regular meetings for anyone affected by MND who live in Retford and its surrounding areas. The monthly meetings are in Retford on the third Wednesday of each month (details opposite).

Jenny’s ‘big day out’ didn’t get off to a great start when the zip on her new, very carefully chosen and expensive dress broke! But three strategically placed safety pins and a jacket, saved any further embarrassment. They arrived at the station to find their train to London had been cancelled. Fortunately, an earlier train had also been delayed which they were able to catch getting them to London, on time.

Arriving at Buckingham Palace, disastrous start behind them, they had a wonderful time, making the most of afternoon tea, beautiful gardens, bands playing, wonderful outfits to admire and glorious weather making it a great day.
HRH Princess Anne is Royal Patron for the MNDA and helps support the continuing campaign of raising awareness and find a cure for MND. With currently no cure or effective treatment to halt its progression, and with an average life expectancy of only two to four years, the MNDA and volunteers such as Jenny and Ann are motivated to continue to help and support people and families living with MND.

If you or someone you know has been diagnosed with MND, please join them at their Retford meetings on the third Wednesday of each month, between 2.00pm and 4.00pm, where a small friendly group of people support each other through the questions and challenges of living with MND. Please be assured of a warm and friendly welcome with refreshments provided.