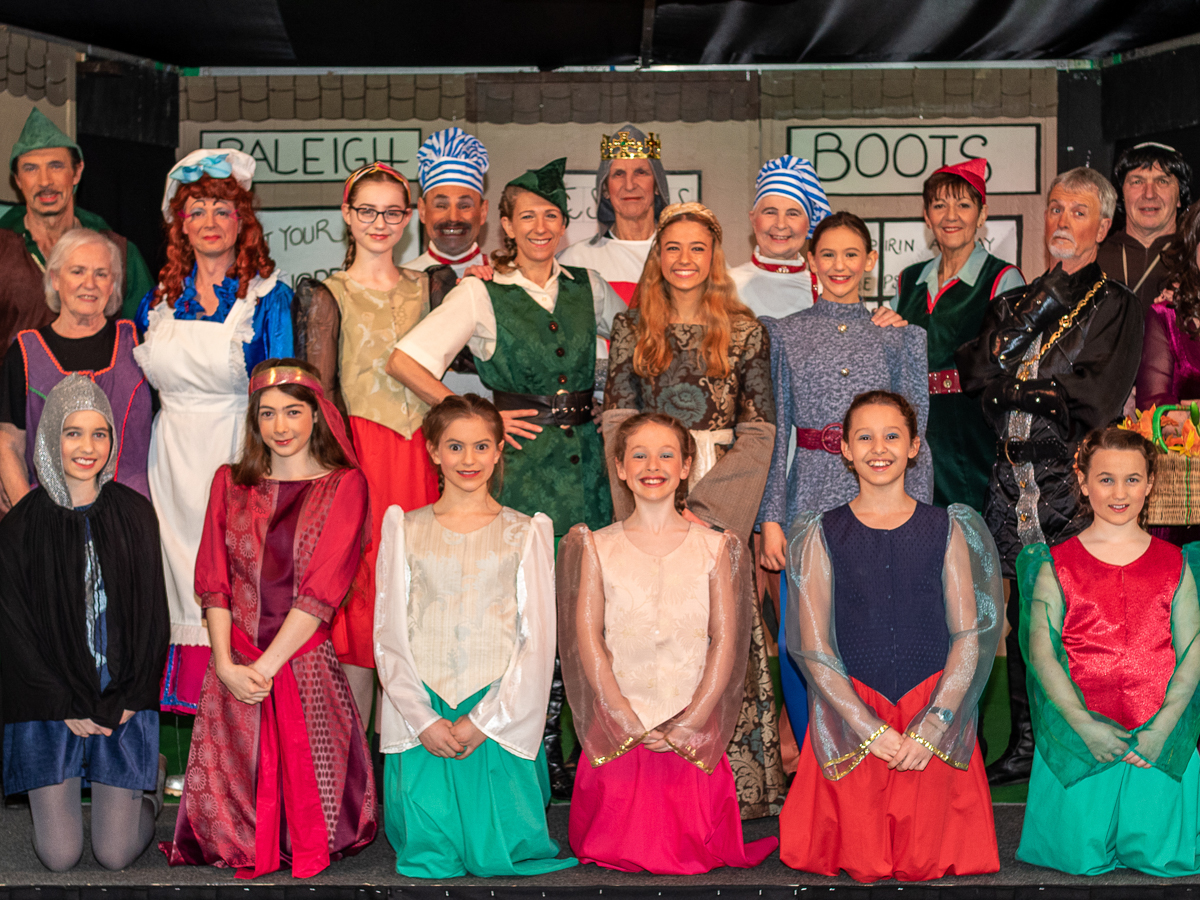 Sarah Woodwards took over the choreography and her core group of ‘not so junior’ dancers, performed with professionalism. With Sarah as a very slick and handsome Robin Hood and Amélie as the delightful Marian, mother and daughter performed side by side excellently. Amélie showed commendable composure alongside the leading men who added to the planned chaos and confusion with frequent ad libs, not to mention the unsettling presence at her side of the kind, caring and rather scary Nanny Nora, played by John Mitchell who gives the Dame role his all. He enlisted front row members as the butt of his jokes and no member of the audience was safe as he ventured into the body of the hall to tease.

Greg Morrall is the only ‘Player’ who has appeared in all 25 productions. He maintained his favourite position as the baddy the audience loves to hate and whose fluffs, ad libs and banter with a lively crowd added considerably to the fun. If he ever learned his lines flawlessly the audience would surely be disappointed.

Mark Thornton joined the delightful Mary Dainton the Sherriff’s hapless henchmen. They revelled in terrorising the whole audience. Whoever let the irrepressible Mark lose with a giant water cannon surely didn’t intend sitting in the hall! Nobody was safe, or dry, by the end.

Bob Gale as Little John captivated Nanny Nora who soon transferred her attentions to him and captured him for herself. Pauline Lindsay joined the ‘men in tights’ as Will Scarlett. She also excelled in the mammoth task of making all the costumes.

Kevan Micklethwaite was rewarded for hard work on the props by a rather more comfortable costume than usual, portraying an amiable and ample Friar Tuck. Tony Bell’s giant bear provoked the traditional panto cry of ‘It’s behind you’ and he later gave the horrid Sherriff his comeuppance, reappearing as King Richard, who had witnessed all his dastardly plotting.

This is a family company and the eponymous Babes, Lilly and Billy were played by Sophie Mitchell and Elizabeth Thornton; the elder daughters of John and Mark respectively.

As the curtain came down the actors and crew began the huge task of dismantling everything ready for two more shows at Dunham on Trent Village Hall.

The Players always welcome newcomers, especially in backstage and technical roles as well as performing. Enthusiasm and willingness to commit are the main qualifications so, if you would like to be part of the next production, contact them via their Facebook page, ‘Markham Players’.